Scientists from Tomsk Polytechnic University (TPU) and the Pacific Oceanological Institute, Far East Branch, the Russian Academy of Sciences (POI FEB RAS) has completed a study aimed at clarifying the role of black carbon (BC) in the radiative balance of the atmosphere in the Russian Arctic. Two-year observations have shown that, in contrast to earlier studies, contributions from gas flaring, power plants and open fires are relatively small. The main source of BC in Tiksi is transport pollution. 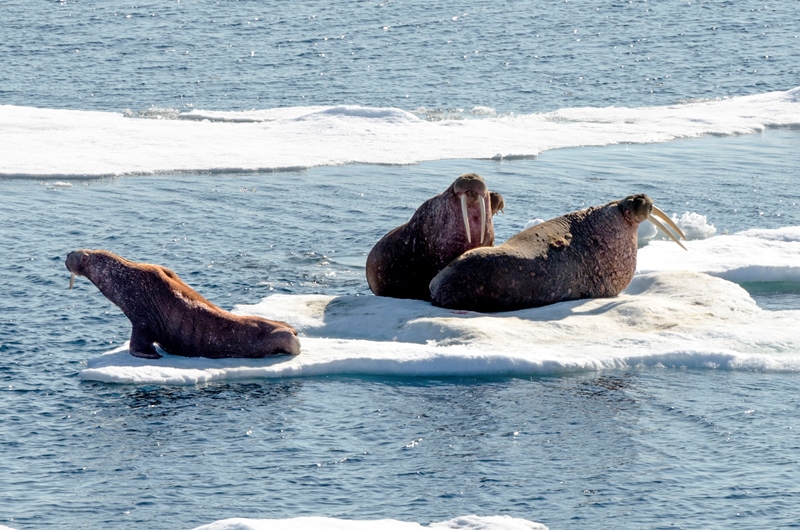 The study was conducted in cooperation with TPU and POI partner – Stockholm University, as well as with other European partners. Tomsk Polytechnic University was represented by scientists from the Arctic Seas Carbon Research International Lab and the Department of Geology and Minerals Propspecting. The scientific project was headed by TPU professors Natalia Shakhova and Igor Semiletov.

The study results have been published in Proceedings of the National Academy of Sciences (IF 9.4).

BC is produced by incomplete combustion of fuel in diesel engines, as well as wild fires, wood burning in in wood stoves, in brick-kilns, and so on. The main component of BS is haze that deposits on snow and ice that results in great reduction in the ability of the initially white surface to reflect incoming solar radiation. This, in turn, enhances the melting of snow and ice cover of our planet and therefore, can accelerate global warming.

“The measurements were done in Tiksi-based Polar Geospace and Physical Observatory, located on the shores of the Arctic Ocean. The place was selected  as a background, based in the maximum distance from large industrial centers. Results obtained surprised our research team,”

Previously, it was assumed the main sources of BC in the Arctic are flaring gas, thermal power plants and forest fires. However, the results of two-year observations and many months of analytical and modeling studies shown the main source of BC in Tiksi is transport pollution. According to the scientists, this is mainly due to the transfer of air contaminated with transport of the European part of the Russian Federation.

Thus, the study reconsiders the contribution of sources previously mention as essential to the overall balance of BC in the Russian Arctic.

The article reports that BC comes to 6 % from gas flares, to 12% from forest fires and up to 9% from thermal power plants to the atmosphere. However, the major contributors of BC are transport (38%) and domestic sources (35%).

The scientists note that the obtained results are significantly alter vision and approaches to the role of BC study in the Arctic. In recent decades, it was paid a lot of attention to its role in global warming, dozens and hundreds of scientific teams across the world have investigated how important it is. To date, experts estimates on BC contribution to the global radiation balance vary at least 5 times. This great uncertainty is due to lack of understanding of processes taking place in the Arctic, especially in the Russian Arctic , where complex high-precision isotopic studies of BC composition have not been carried out before the study.