Veterinaries successfully apply Tomsk Polytechnic University’s developments in implantology. Now titanium implants with bioactive coatings are already applied to treat pets at the BEST veterinary clinic, Novosobirsk. Tomas and Kutuzov the cats were the first patients to apply the Tomsk development to treat. 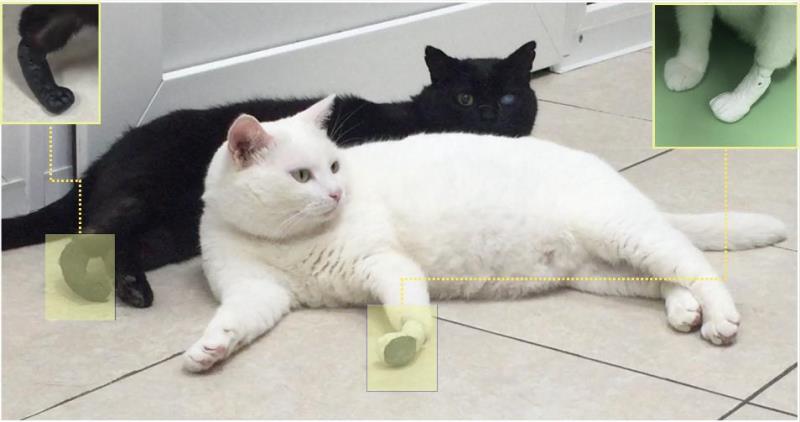 Photo: The external image of the limbs of the patients №1/2 after prothesis implantology

A scientific team led by associate professor Sergei Tverdokhlebov, the TPU Department of Experimental Physics, is engaged in the property modification of materials used in implant production.

A titanium implant technology was developed and patented by Sergey Gorshkov, a veterinary in BEST clinic, last year.

Tomas and Kutuzov the cats were the first patients to test the Tomsk innovation.

“One cat was missing a front foot, another – a back foot. Their owners addressed the clinic and doctors suggested implants with our coatings. The owners agreed and the pets were operated. Now the two are under observation and veterinaries systematically do them radiograph and tomography. Results show the implants have taken roots well. According to the doctors the four-leg patients feel themselves with artificial foots as comfortable as with their native ones,” says Sergey Tverdokhlebov. 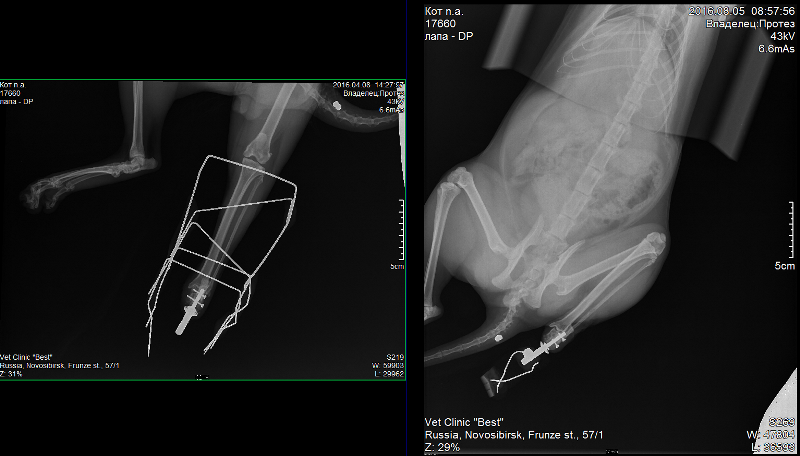 The veterinaries also set implants to a cat missing two back feet. Now the cat walks confident along the clinic instead of using a wheelchair.

The polytechnicers have produced about 40 titanium implants with bioactive coatings. The coatings based on calcium phosphate and other compounds make implants more similar to human bone. They are more seldom rejected by the body, take roots better and speed up regeneration processes.

The TPU scientists use the concept of hybrid coatings which implies various application methods. Thus, they tailor structure and porosity in bioactive coatings for an individual patient. 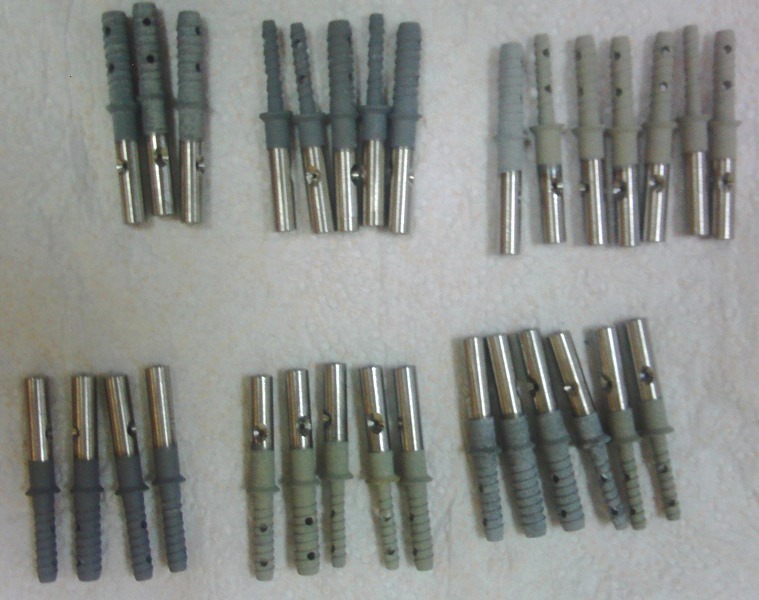 For instance, the implants for the BEST clinic were produced with an electrochemical method of bioactive coating application at a micro-arc oxidation unit invented by the TPU scientists with partners.

The implants with bioactive coatings of the Tverdokhlebov’s team are tested in Russia and abroad. Some of them are already used in the Federal Institution of the Russian Ilizarov Scientific Centre “Restorative Traumatology and Orthopaedics”, a world-wide famous orthopedic center in Kurgan, Russia.

The scientific team led by Sergei Tverdokhlebov is an international collaboration of about 30 scientists from Tomsk, Kurgan, Kemerovo, St. Petersburg, Australia, Germany, UK and other countries. They are polytechnicers and academicians, scientists from other universities and scientific organizations – physicists, chemists, medical scientists, clinicians, biologists, as well as other specialists.

The development of new materials and coatings is conducted by the TPU scientists and funded by the RF Ministry of Education and Science and the Russian Science Foundation.