The 11th meeting of the TPU International Scientific Council (ISC) is held in Israel. World-renowned scientists from Germany, Austria, Switzerland, Canada and Israel are discussing the results of TPU activities in the previous year and the Roadmap of TPU Competitiveness Enhancement Program for 2017. Moreover, the agenda covers other issues among which the improvement of the English training system at TPU. 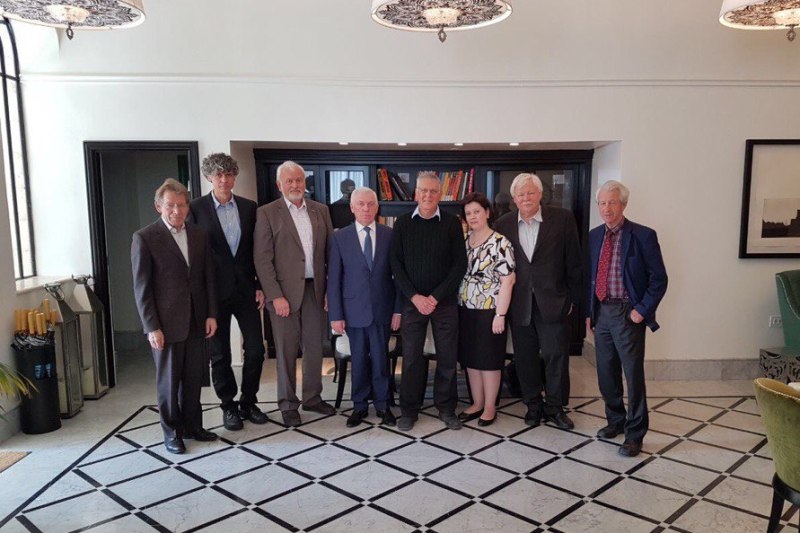 The meeting brings together the members of the International Scientific Council of the university: inter alia Professors Horst Hippler, Eberhard Umbach, Tilo Baumbach, Manfred Horvat, Konrad Ostervalder, Ajay Ray, Elazar Gutmanas and is chaired by Dan Shechtman – a professor at Israel Institute of Technology (Technion), winner of the 2011 Nobel Prize in Chemistry.

During three days the Council members are discussing the most relevant issues of the university promotion into the global community.

After a working meeting with the TPU ISC Chair Dan Shechtman they will get acquainted with the administration of the Technion Research and Development Foundation. This is the oldest university in Israel, highly ranked in world rankings of universities and engineering schools. In the university Dan Shechtman earned his bachelor’s and master’s degrees. In 1972 he defended his PhD. thesis here and currently he is working as a professor at the Faculty Materials Science & Engineering . In Technion the Council members will learn the equipment management system as well as ways to attract extrabudgetary funding to the university.

One of the days will be devoted to foreign language studying at the university. TPU Rector Petr Chubik will talk on how students, faculty and staff study English. Then, the leading scientists will brainstorm and give suggestions and recommendations on the improvement of the English training system.

Petr Chubik will also report to the Council on the main results of the university work in 2016 and present the Roadmap of TPU Competitiveness Enhancement Program for 2017.