A silver nanoparticles-based drug developed by TPU scientists and their Mexican partners has recently been tested in Mexico for the treatment of a lethal and contagious disease in shrimps – a white spot syndrome virus (WSSV). The study revealed that after administration of a drug the survival rate of infected shrimps was 80%. Further, the drug might significantly help marine farmers in Mexico to fight the virus. 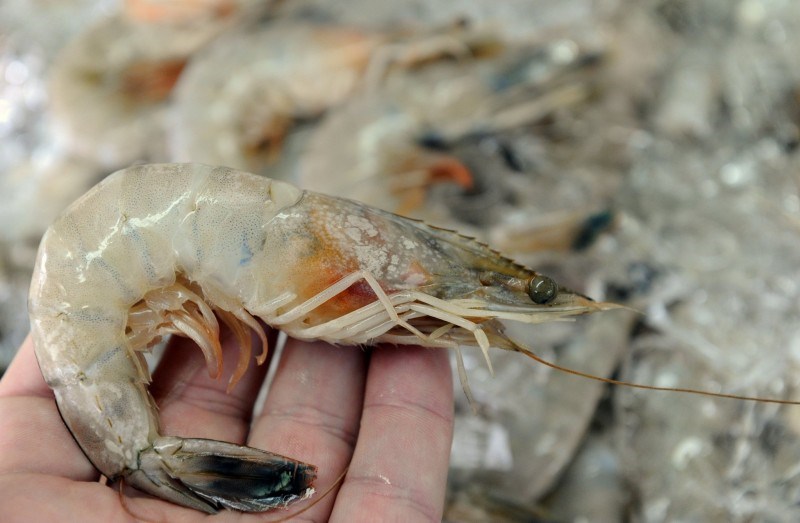 “Shrimps form a substantial part of export in Mexico. They are supplied across the world and most of them are sent to the USA and Europe. White spot syndrome virus is a scourge for Mexican marine farmers. Its epidemic has already lasted for some years, killing millions of individuals. A visible manifestation of the virus is emerging white spots on a shrimp’s shell. An infected individual is weakening and dies. Humans are immune to this virus but it causes great losses in aquaculture industry,” tells Professor Alexey Pestryakov, head of the Department of Physical and Analytical Chemistry.

Previously, several attempts were made to treat this disease. However, there was no effective cure. Then, one marine farm was offered to test the TPU development.

Argovit made of silver nanoparticles features a versatile destroying effect against viruses, bacteria and fungi. A university partner, the Vektor-Vita company in Novosibirsk uses the pharmaceutical to produce veterinary medications for animals and biologically active additives for humans. Scientists from the National Autonomous University of Mexico (UNAM) and the National Institute for Agricultural and Food Research and Technology (INIA, Spain) are involved in the development of Argovit-based preparations as well.

“Silver nanoparticles (AgNPs) are the most widely used nanomaterials in commercial products due to their beneficial antibacterial, antifungal and antiviral properties. In the aquaculture industry, nanotechnology has been poorly applied,” points Alexey Petryakov.

At first, the drug was administrated to a few juvenile shrimps infected with the WSSV. The results revealed that the survival rate of WSSV-infected shrimps after silver nanoparticle-based drug administration was over 90%.

Further, the scientists tested a larger group of infected shrimps. They were divided into subgroups, part of which received the drug and the others did not. 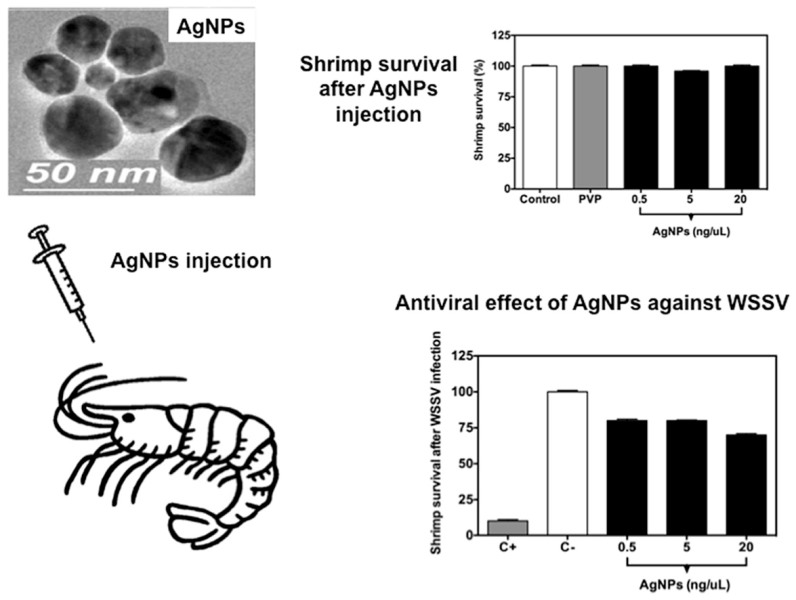 At present, Argovit was tested for 25 diseases. According to the authors, it has already proven its effectiveness in veterinary applications and passed clinical tests in Russia and abroad.

“Our medications have all the necessary certificates and are applied in veterinary. Veterinarians use it for the treatment of viral and bacterial diseases in cattle, fur animals and pets,” says Alexey Pestryakov. “Existing antiviral drugs affect viruses indirectly, mainly increasing the patient’s immunity, not killing them directly. Argovit is aimed at killing viruses. The immunity increases too. A competitive edge of the drug is its hypoallergenicity and low toxicity in therapeutic doses. In contrast to antibiotics, it does not cause allergic reactions, stomach disorders and other unpleasant side effects, while it kills bacteria and fungi.

Argovit is an aqueous solution, 20% of which is a complex of silver nanoparticles with polymer stabilizer in size varying from 1 to 70 nanometers. Such medications are much cheaper than antibiotics and have a longer shelf life (up to two years in the refrigerator) in comparison with their counterparts.