The Cited Scientists project continues to share the advancement of TPU scientists in regard of publication activity. The May issue summarizes the articles based on research within strategic academic units such as Space Materials Science, Nuclear Technology for Oncology, Unconventional Natural Resources and Ecoenergy. Last month the university register enlisted 36 articles in journals with high IF; 36 articles were published in the journals of Q1 and Q2.

H-index of the most cited co-author of TPU scientists is 79. The IF of the most rated journal is 7.76 (Space Materials Science). 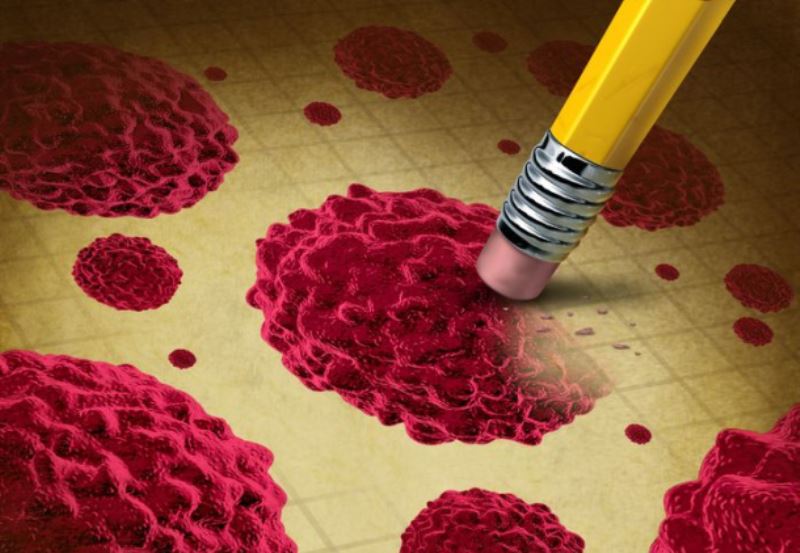 Liu B. (h-index: 21), Vladimir An, head of the Department of General chemistry and Chemical Technology, et al.

Well-aligned GaN nanowires are promising candidates for building high-performance optoelectronic nanodevices. In this work, we demonstrate the epitaxial growth of well-aligned GaN nanowires on a [0001]-oriented sapphire substrate in a simple catalyst-assisted chemical vapor deposition process and their alignment control. It is found that the ammonia flux plays a key role in dominating the initial nucleation of GaN nanocrystals and their orientation.

Vitaly Vaganov, an assistant at the Department of Laser and Lighting Engineering, Alexey Yakovlev, Director of the Institute of High Technology Physics. Et al.

Article:  Improving “color rendering” of LED lighting for the growth of lettuce

Light plays a vital role on the growth and development of plant. On the base of white light with high color rendering to the benefit of human survival and life, we proposed to improve “color rendering” of LED lighting for accelerating the growth of lettuce. Seven spectral LED lights were adopted to irradiate the lettuces under 150 μmol·m−2·s−1 for a 16 hd−1 photoperiod. The leaf area and number profiles, plant biomass, and photosynthetic rate under the as-prepared LED light treatments were investigated. We let the absorption spectrum of fresh leaf be the emission spectrum of ideal light and then evaluate the “color rendering” of as-prepared LED lights by the Pearson product-moment correlation coefficient and CIE chromaticity coordinates. Under the irradiation of red-yellow-blue light with high correlation coefficient of 0.587, the dry weights and leaf growth rate are 2–3 times as high as the sharp red-blue light. The optimized LED light for lettuce growth can be presumed to be limited to the angle (about 75°) between the vectors passed through the ideal light in the CIE chromaticity coordinates. These findings open up a new idea to assess and find the optimized LED light for plant growth. 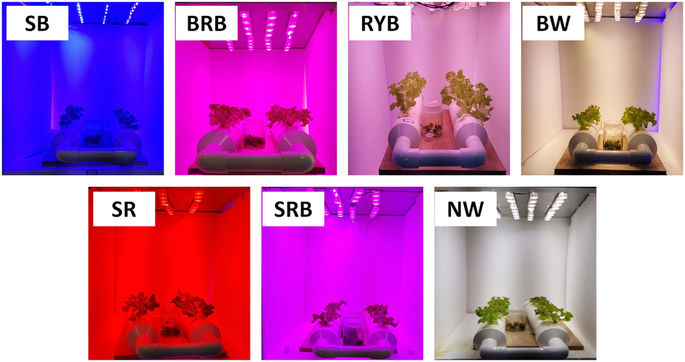 In work new prospects and ideas for creation of polyelectrolyte and hybrid microcapsules are considered. The processes of interaction of capsules and cells, as well as the use of the process of internalization of capsules for cell modifications have been studied.

The implementation of RNAi technology into the clinical practice has been significantly postponing due to the issues regarding to the delivery of naked siRNA predominantly to target cells. Here we report the approach to enhance the efficiency of siRNA delivery by encapsulating the siRNA into new carrier systems which are obtained via the combination of widely used layer-by-layer technique and in situ modification by sol-gel chemistry. We used three types of siRNAs (NP-717, NP-1155 and NP-1496) in encapsulated form as new therapeutic agents against H1N1 influenza virus infection. By employing the hybrid microcontainers for the siRNA encapsulation we demonstrate the reduction of viral nucleoprotein (NP) level and inhibition of influenza virus production in infected cell lines (MDCK and A549). The obtained hybrid carriers based on assembled biodegradable polyelectrolytes and sol-gel coating possess several advantages such as a high cell uptake efficiency, low toxicity, efficient intracellular delivery of siRNAs and the protection of siRNAs from premature degradation before reaching the target cells. These findings underpin a great potential of versatile microencapsulation technology for the development of anti-viral RNAi delivery systems against influenza virus infection.

We propose a unified description for the constants of motion for superintegrable deformations of the oscillator and Coulomb systems on N-dimensional Euclidean space, sphere, and hyperboloid. We also consider the duality between these generalized systems and present some examples.

This work reports an efficient and straightforward strategy to fabricate hybrid microsized containers with reduction-sensitive and ultrasound-responsive properties. The ultrasound and reductive sensitivity are visualized using scanning electron microscopy, with the results showing structural decomposition upon ultrasound irradiation and in the presence of reducing agent. The ultrasound-responsive functionalities of hybrid carriers can be used as external trigger for rapid controlled release, while prolonged drug release can be achieved in the presence of reducing agent. To evaluate the potential for targeted drug delivery, hybrid microsized containers are loaded with the anticancer drug doxorubicin (Dox). Such hybrid capsules can undergo structural intracellular degradation after cellular uptake by human cervical cancer cell line (HeLa), resulting in Dox release into cancer cells. In contrast, there is no Dox release when hybrid capsules are incubated with human mesenchymal stem cells (MSCs) as an example of normal human cells. The cell viability results indicate that Dox-loaded capsules effectively killed HeLa cells, while they have lower cytotoxicity against MSCs as an example of healthy cells. Thus, the newly developed intracellular- and ultrasound-responsive microcarriers obtained via sol-gel method and layer-by-layer technique provide a high therapeutic efficacy for cancer, while minimizing adverse side effect.

The main aim of this study was to investigate the properties of an AZ91 alloy coated with nanostructured hydroxyapatite (HA) prepared by radio frequency (RF) magnetron sputtering. The bioactivity and biomineralization of the AZ91 magnesium alloy coated with HA were investigated in simulated body fluid (SBF) via an in vitro test. Scanning electron microscopy (SEM), Fourier transform infrared (FTIR) spectroscopy, and X-ray diffraction (XRD) analyses were performed. The samples were immersed in SBF to study the ability of the surface to promote the formation of an apatite layer as well as corrosion resistance and mass change of the HA-coated AZ91 alloy. Electrochemical tests were performed to estimate the corrosion behaviour of HA-coated and uncoated samples. The results revealed the capability of the HA coating to significantly improve the corrosion resistance of the uncoated AZ91 alloy.

Article: Generation of excited electronic states at the nonmetal surface by the hydrogen atoms beam

The low energy excitation electronic states by the hydrogen atoms at the nonmetal surface are described using several possible mechanisms. The study results of the luminescence excited surface of the phosphor ZnS-Tm during interaction with H atoms are reported. Nonstationary with time the light intensity from ZnS-Tm is detected. This phenomenon interpreted on basis of the exchange-associative mechanism taking into account the acceleration of the surface recombination of hydrogen atoms in the adsorbed layer of the vibrationally excited hydrogen molecules. The rates of the absorption and recombination of hydrogen atoms and the desorption rate of the hydrogen molecules are defined. The possible mechanisms of excitation of the surface electronic states during interaction with the hydrogen low-energy atoms are discussed.

Article: Measurement of the beam asymmetry Σ for π0 and η photoproduction on the proton at Eγ=9 GeV

We report measurements of the photon beam asymmetry Σ for the reactions ?γp→pπ0 and ?γp→pη from the GlueX experiment using a 9 GeV linearly polarized, tagged photon beam incident on a liquid hydrogen target in Jefferson Lab's Hall D. The asymmetries, measured as a function of the proton momentum transfer, possess greater precision than previous π0 measurements and are the first η measurements in this energy regime. The results are compared with theoretical predictions based on t-channel, quasiparticle exchange and constrain the axial-vector component of the neutral meson production mechanism in these models.

The Siberian shelf seas are areas of extensive biogeochemical transformation of organic matter, both of marine and terrestrial origin. This in combination with brine production from sea ice formation results in a cold bottom water of relative high salinity and partial pressure of carbon dioxide (pCO2). Data from the SWERUS-C3 expedition compiled on the icebreaker Oden in July to September 2014 show the distribution of such waters at the outer shelf, as well as their export into the deep central Arctic basins. Very high pCO2 water, up to ∼ 1000?µatm, was observed associated with high nutrients and low oxygen concentrations. Consequently, this water had low saturation state with respect to calcium carbonate down to less than 0.8 for calcite and 0.5 for aragonite. Waters undersaturated in aragonite were also observed in the surface in waters at equilibrium with atmospheric CO2; however, at these conditions the cause of under-saturation was low salinity from river runoff and/or sea ice melt. The calcium carbonate corrosive water was observed all along the continental margin and well out into the deep Makarov and Canada basins at a depth from about 50?m depth in the west to about 150?m in the east. These waters of low aragonite saturation state are traced in historic data to the Canada Basin and in the waters flowing out of the Arctic Ocean north of Greenland and in the western Fram Strait, thus potentially impacting the marine life in the North Atlantic Ocean.

Article: The ignition parameters of the coal-water slurry droplets at the different methods of injection into the hot oxidant flow

Two different experimental approaches were realized for investigations of integral characteristics of single droplet ignition of coal-water slurry containing petrochemicals (CWSP) inside the hot flow of the gas oxidant. At first, the droplet was fixed inside the flow by special holder and the second way is free injection of the soaring droplet into the volume of combustion chamber. Research reports an experimental estimation of influence of material holder on ignition characteristics for typical CWSP. This is important, since many researchers use various holders (the ceramic rod, thermocouple junction, metal wire) when inserting droplets of coal-water slurry (CWS) and CWSP into the combustion chamber. There were three types of the droplet holders: the junction of the high-speed thermocouple, metallic wire and the ceramic rod. The basic components of the CWSP were filter-cake (the coal processing waste), the used turbine oil, the plasticizer (wetting agent) and water. Initial droplet radius was 0.5–1 mm, and the temperature and the oxidant flow velocity were 400–1000 K and 0.5–5 m/s correspondingly. The ignition delays and the combustion times for the fuel droplets together with minimal temperatures of the stable ignition (with further combustion) were defined. Comparison of parameters of the flying droplet ignition with corresponding values for droplets that were fixed by holder was done. 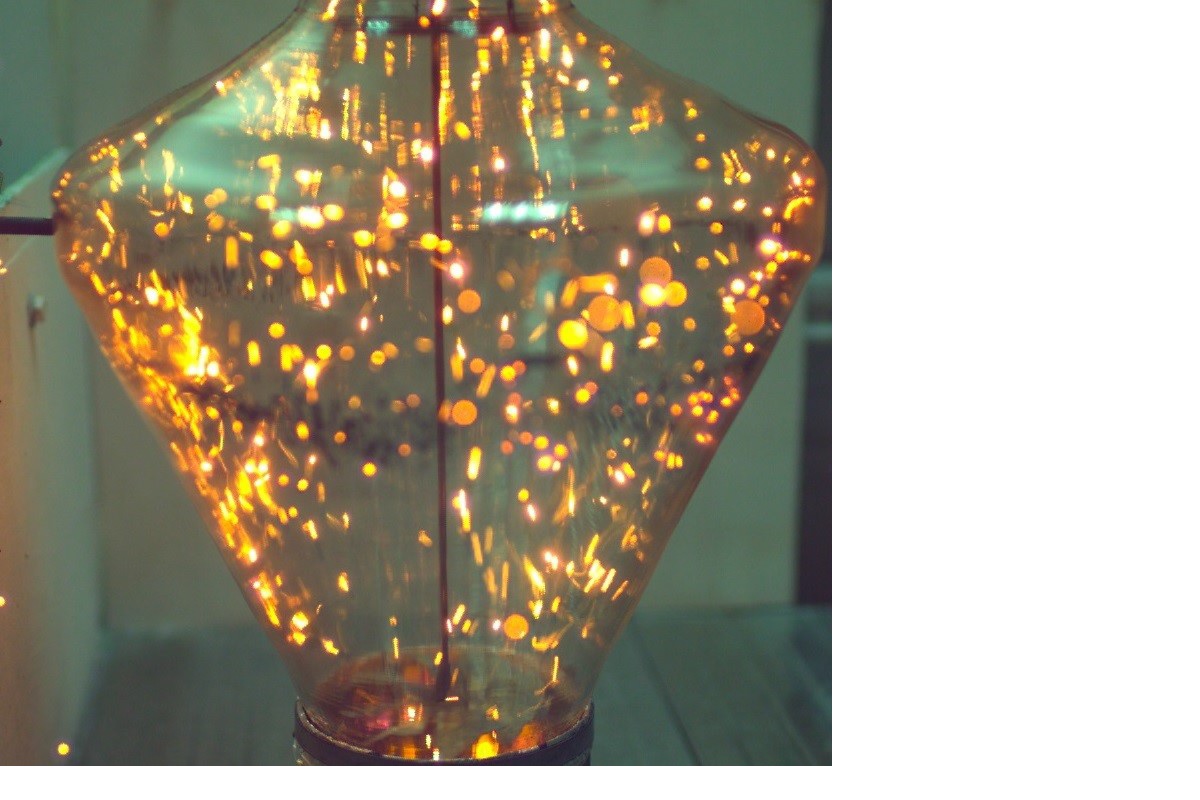 Soaring droplets have smaller ignition delay times (for 7–25%) relative to the case of droplet fixed inside the oxidant flow by holder (when the all rest parameters are similar). Influence of the holder material onto the values of times of ignition delay and combustion become essentially weaker with oxidant temperature growth. The obtained numerical results show the limitations and advances of the two approaches for laboratory investigations of the CWSP ignition and combustion.