The delegation of Tomsk Polytechnic University headed by Rector Petr Chubik participated in the World Scientific and Engineering Congress (WSEC) 2017 in Astana, Kazakhstan. The Congress is held in the framework of Expo 2017 and will last two days. 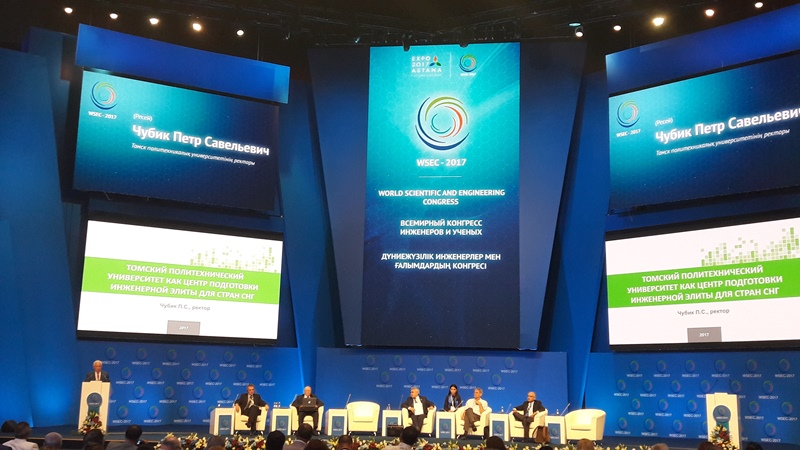 This year the Congress is devoted to the Energy of the Future: innovative scenarios and methods of their implementation. Representatives of engineering and scientific community of the Commonwealth of Independent States (CIS) are discussing such important trends of modern society as prospects of scenarios of the world economy development up to 2050; balance of energy trilemma: safety, accessibility and energy sustainability; development trends of the world energy and human research potential.

Yesterday TPU Rector Petr Chubik presented his report TPU as an Educational Center for CIS Engineering Elite.  The rector shared some facts about the history of the University and its contribution to engineering education for the benefit of CIS countries, as well as about cooperation of TPU with industrial sector of aforementioned countries in academic, scientific and engineering fields. TPU Rector noted that strengthening partnership with CIS states is among key priorities of TPU internationalization strategy.

‘Being among the top leading engineering universities in Russia, East Europe and Central Asia, Tomsk Polytechnic University bears a significant scientific and educational potential and acts as a critical partner that provides training of future engineering leaders for the Commonwealth of Independent States,’ 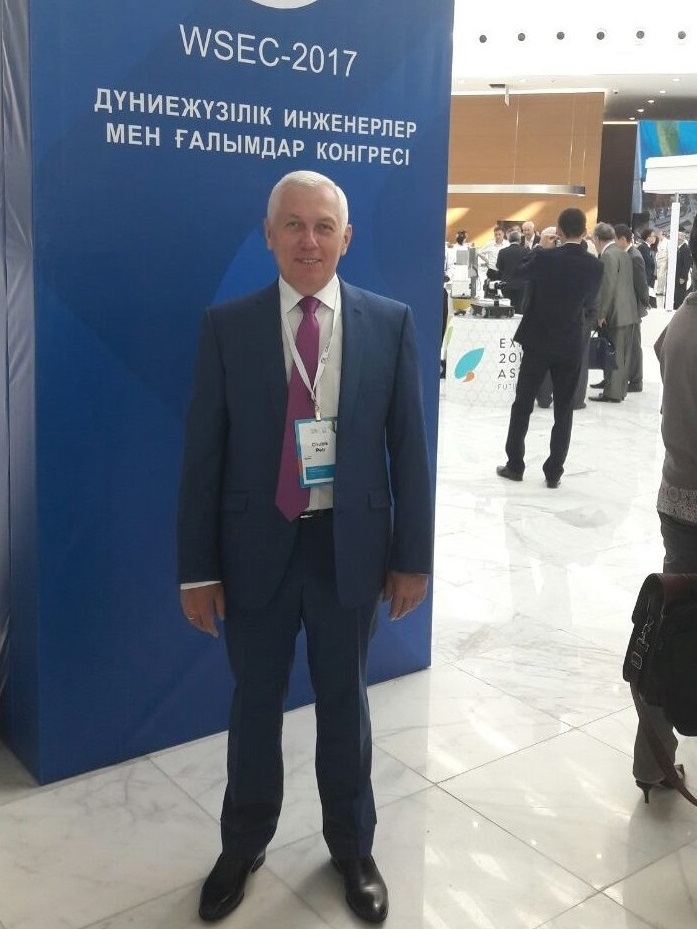 Petr Chubik also mentioned hat today more than 3.300 students and PhD students from eight CIS countries pursue their studies at TPU, the majority of which come from Kazakhstan (2.199 people), Uzbekistan (911) and Kyrgyzstan (176). The University is the leader on the number of students from Kazakhstan among all Russian universities. It has over 30 cooperation agreements with universities and academic institutions of Kazakhstan, Belarus, Armenia, Azerbaijan, Kyrgyzstan, Tajikistan and Uzbekistan. TPU carries out a large number of R&D projects for CIS enterprises and organizations. The University has strong links with research centers and enterprises in Kazakhstan: Kazatomprom, Parasat National Science and Technology Holding, National Nuclear Center, Kazzink, Biotechnology National Center, Kazakh State Corporation of Entities of Nuclear Energy and Industry and others.

TPU Rector added that the interaction and cooperation potential of Tomsk Polytechnic University with scientific and educational organizations and industrial companies in CIS countries is far from being exhausted. TPU is willing to continue training of future engineering leaders capable of innovative and entrepreneurial activities and able to face challenges of modern society.

The Rector also encouraged leading technical universities to unite their efforts in training engineering elite for the CIS countries and expressed willingness of TPU to contribute to this endeavor applying its long-standing traditions and experience.