The group of scientists from Tomsk Polytechnic University is implementing a fundamental research project to study the role of iodine contained in thyroxine also known as the hormone of intelligence. Scientists are trying to understand what makes thyroxine act as a hormone of intelligence. TPU research team made an assumption that unlike selenium, which was previously considered a key component, iodine plays a critical role in this process. A number of successful experiments allow us to say that Tomsk scientists are moving in the right direction. 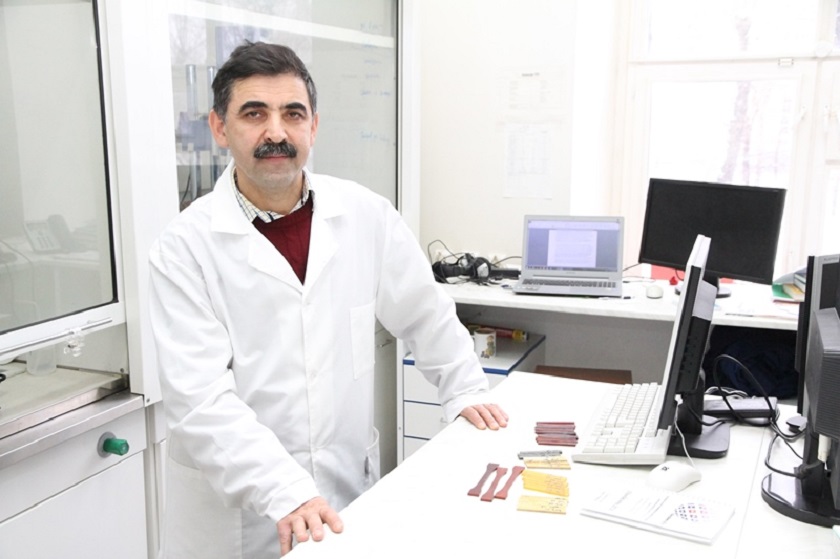 Photo: Mekhman Yusubov, Head of the Department of Technology of Organic Substances and Polymer Materials.

Thyroxine is one of the two main hormones produced by thyroid gland. It impacts the nervous cells – neurons thus determining their activity.

With the decrease of thyroid hormones, including thyroxine, humans get memory impairment, lack of strength, weakness, and drowsiness. Hence, thyroxine is called the hormone of intelligence.

The structure of thyroxine (T4) includes four iodine atoms. As a result of biochemical processes, one iodine atom is cleaved to form triiodothyronine (T3). The idea of ? TPU scientists is that the thyroxine shows a full range of its biological activity only when at least one iodine atom in its structure is oxidized, which leads to the formation of T3 and triggers a cascade of reactions involving cytochrome P450.

“Last year our research team won a grant of the Russian Science Foundation. Working on this project, we discovered a number of important facts that were not previously known to the scientific community. First, thyroxine passes from T4 to T3 state during the synthesis of its precursor. What does it mean? Thyroxine is synthesized from tyrosine amino acid. Then performing its functions thyroxine synthesizes tyrosine again – it is a cyclic process. During the synthesis of iodotyrosine thyroxine loses one iodine atom,” – says Mekhman Yusubov, research supervisor, head of the Department of Technology of Organic Substances and Polymer Materials.

In addition, an experiment showed that triiodothyronine (T3) is formed without selenium input.

“It is believed that selenium is essential to make T3 from T4. However, our experiments show that such transition can be carried out without selenium.

In general, they say that is not enough to iodize salt for the assimilation of iodine, it is also necessary to add selenium-containing supplements. Now we are proving that selenium is not an obligatory element for iodine assimilation”, – says the scientist.

It is to be noted that, TPU scientists work on the project in collaboration with colleagues from the University of Minnesota (USA, Duluth).