Olesya Golub, a student of the Institute of Cybernetics (IC) of Tomsk Polytechnic University, a participant and the winner of various competitions, a member of the university programming team, got one more big victory. She became an all-round winner of the Worldwide Programming Championship Code Jam to I/O for Women conducted by Google. Olesya shared her impressions with TPU Press Service and told how to achieve professional success.

Code Jam to I/O for Women was held in spring and coincided with the International Women’s Day. This contest is open for any female programmer. For two and a half hours, participants had to solve four algorithmic puzzles partially or completely. Olesya Golub was the only participant who scored hundred points.

“It was necessary to write a program capable of finding an answer to input data within a limited time. For example, in one of the tasks you had to find a point, the maximum distance from which to any of the buildings, is minimal on a given road map. After writing a code, you had to download a sample input data, run the program on your computer and send a response. Each puzzle was split into two parts having different size of the input data. Therefore, the second subtask required a faster algorithm.

It was a beautiful victory - I won, being the only participant who solved all the puzzles,” – she says. 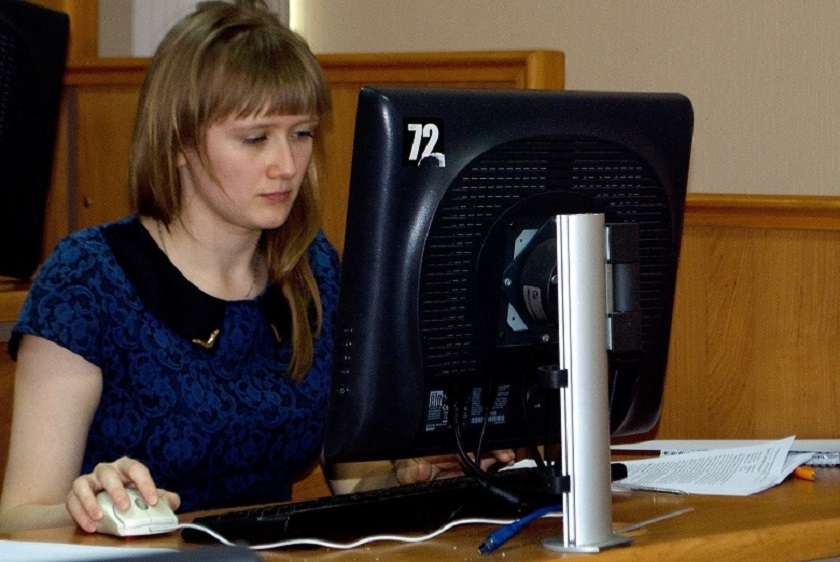 Olesya adds that winning the Code Jam to I/O for Women and entering the Top-150 female programmers gave her an opportunity to participate in Google I/O Conference in California. However, Olesya could not attend this event due to her participation as a member of TPU team in the World Finals of ICPC (ACM International Collegiate Programming Contest) in Rapid City, USA.

It is worth noting that TPU team performed in the finals of the International Collegiate Programming Contest for the first time. Our team achieved such impressive results at the end of 2016, when they were included into the list of 17 strongest university teams in the North-East European Region.

ACM ICPC is the world’s largest student programming championship. The contest starts with regional qualifying rounds, and ends with finals. The champion’s title is contested by 133 teams of world’s best universities. In the finals, held in May, TPU team took the 37th place passing ahead the teams of Moscow and Novosibirsk State Universities, as well as champions of Africa and Latin America.

“The mere fact of TPU team entering the finals of the world championship is a great success. We have striving to achieve this for many years and put a lot of effort to succeed.

At the very first finals our team took a high position and passed ahead many strong world teams, and we are still not satisfied with what has already been achieved. Each member of our team did a lot to reach the finals, and successfully perform there, at the same time sharing knowledge and experience with other teams of Tomsk Polytechnic University”, – says Pavel Khaustov, a coach of TPU team, assistant lecturer of the Department of Information Systems and Technology.

Besides Olesya Golub, there is also Aleksei Vetrov and Nikolai Kuzivanov in TPU team. All of them are students of the Institute of Cybernetics. Even in school, they were engaged in programming, participated and won numerous contests.

“I was interested in programming when I was studying in Kolpashevo secondary school. Then, Pavel Khaustov, invited me to TPU team, and I continued training under his supervision. Thanks to him and the leadership of the Department of Information Systems and Technology and the Institute of Cybernetics, we had an opportunity to train several times a week at the department, and go to training camps in other cities. In four years me and my team achieved the goal - entered the finals of the World Programming Championship”, – says Olesya Golub.

However, in addition to participating in contests, Olesya manages to help training the programmers of Tomsk Polytechnic University.

“For two years already I and other students from the department have conducted weekly classes in sports programming for students with different levels of training. Every year we have a group of beginners, classes are open to everyone.

Experience has proven that the main thing is your confidence and perseverance on achieving results, which helps outdistance more experienced competitors.”