About 500 TPU Volunteers Assisted in Running Events of the University, Tomsk and the Region

Volunteers in branded TPU T-shirts have long become active participants in not only university but also citywide events. TPU team assist at such large-scale events as the finals of the Finswimming World Cup held in Tomsk in September 2016. According to Natalia Ushakova, director of TPU Volunteer and Social Activities Center, this year about 500 volunteers took part in various events. 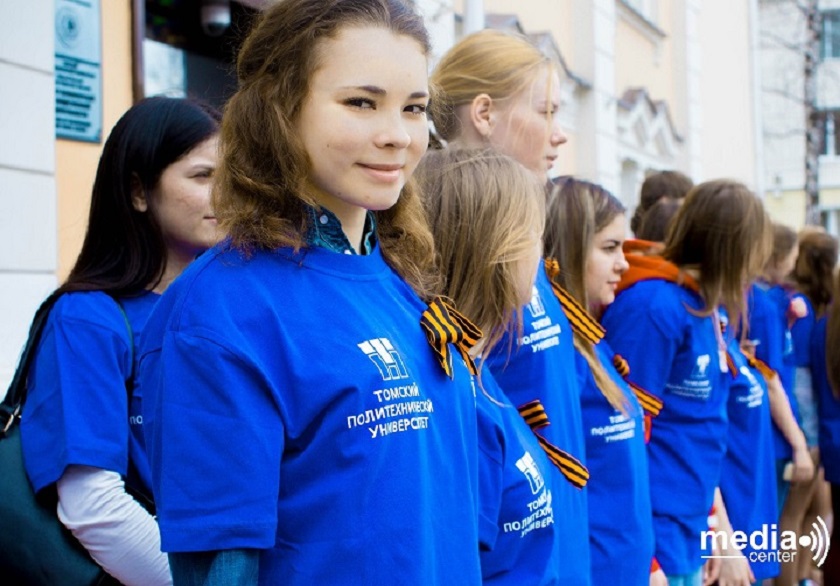 “TPU Volunteer and Social Activities Center has existed since 2011. Every year on Open Doors Day, we recruit new volunteers. However, it is not the only opportunity to join us. You can submit your application to centrvolunteer_tpu@mail.ru at any time of the year.

This year about 500 volunteers assisted in preparation and running of various events. All members of our center are very active.

I am glad that many newcomers are already experienced. This indicates that the volunteer movement in Russia is developing,” — says the head of the center.

According to Natalia Ushakova, each month there are at least five or eight events with the participation of TPU Volunteers. Members of the center take part in preparation and running of campus and off-campus events, sports competitions, blood donation, and aid to children, veterans and disabled.

“The opening of TPU Volunteer and Social Activities Center has become a kind of catalyst for the development of Tomsk volunteer movement. Graduates of the center continue to participate in various events of the country and the world,” — says the head of the center.

It is worth noting that in March a volunteer training center for the XIX World Festival of Youth and Students was opened. The festival will be held this October in Sochi. TPU Volunteer Training Center is the only one in Tomsk and one of the two in the entire Siberian Federal District.

It is to be recalled that the World Festival of Youth and Students is the largest event in the field of international youth cooperation and will bring together more than 20,000 young people from 150 countries. The international festival has been taking place since 1947. Moscow has already hosted the event twice, in 1957 and in 1985.

To hold the festival in 2017 five thousand volunteers will be attracted from all over the country. Twenty certified centers were established in different cities of Russia to attract and train volunteers.

Since the opening of the center, about 1,600 applications have been submitted to TPU. Among them, there were about 200 applications from international students.

“We are going to develop the volunteer movement, to arrange a traditional volunteering school. In addition, we would like to involve Tomsk citizens in volunteer movement and continue to assist in preparation and running of various events.

We are looking forward to the beginning of the academic year to meet the most active and talented entrants,”