The crew of the Russian segment of the International Space Station (ISS) checked the operation of the Tomsk-TPU-120 satellite yesterday July, 24. Satellite launch into outer space is scheduled on 17 August 2017. 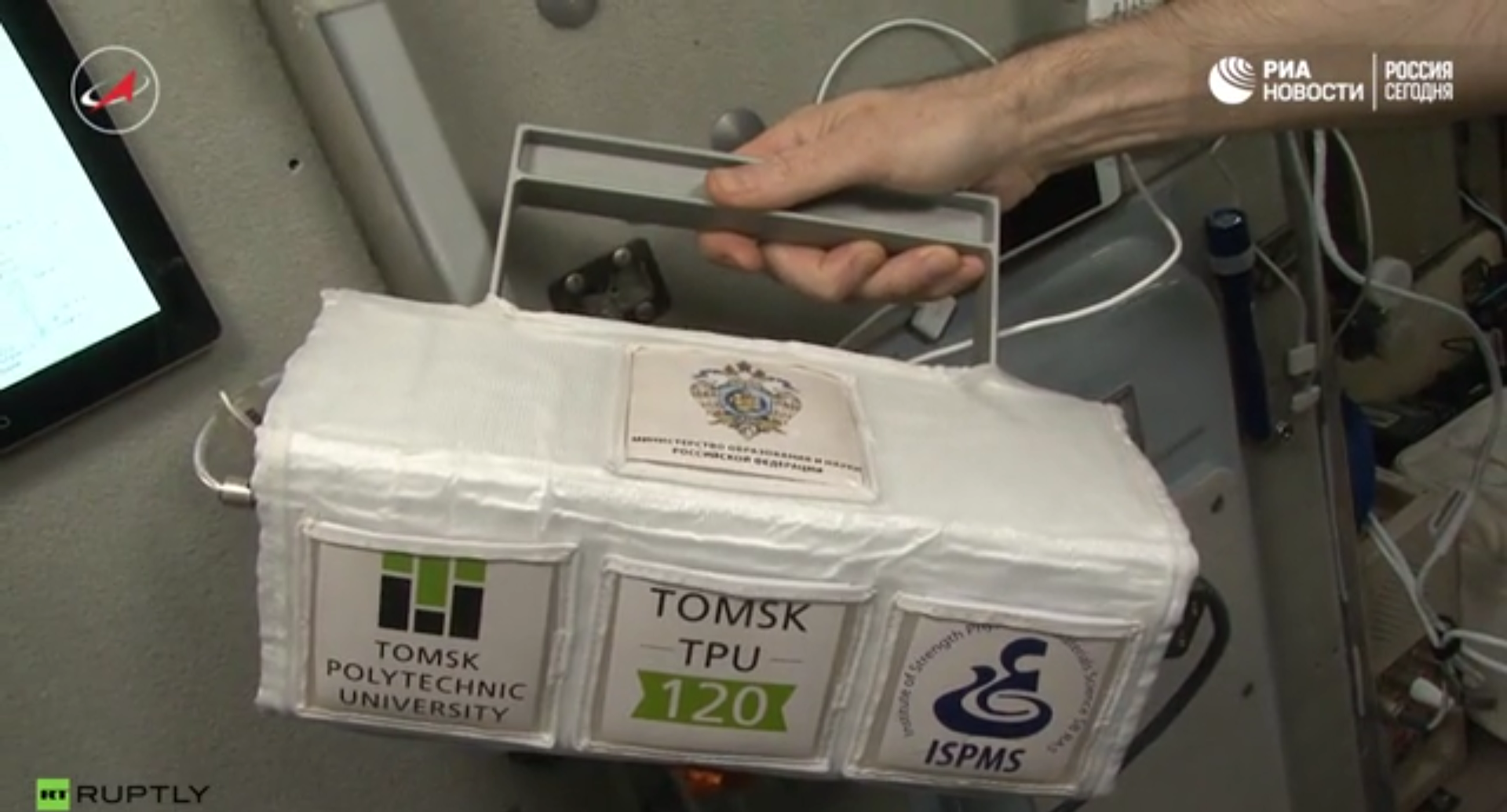 Tomsk-TPU-120 satellite is the first Russian satellite which was 3D-printed and the advanced materials were used. It refers to nano-satellites with the size of 30x11x11 sm. The spacecraft was designed within the RadioScaf space experiment in the TPU Scientific and Educational Center Modern Production Technologies jointly with the Rocket and Space Corporation Energia and the Institute of Strength Physics and Materials Science SB RAS. On 1 April 2016, the Progress MS-02 cargo spaceship delivered the satellite onboard the International Space Station. The launch of the satellite was dedicated to the celebration of the 120th anniversary of Tomsk Polytechnic University.

At the moment the device is onboard the ISS. The satellite and its batteries were tested yesterday.

The launch of the satellite into outer space is scheduled on August 17, when Russian cosmonauts Fyodor Yurchikhin and Sergey Ryazansky will walk in space.

After the launch into outer space, the satellite will orbit from four to six months, transmitting voice messages and telemetry to the Earth, i.e. satellite operation parameters. To say more, the housing of the device is made of advanced materials developed for the extreme space conditions.