Tomsk Polytechnic University and Rocket and Space Corporation Energia have signed an additional agreement on the implementation of a new network master program Technology of Space Materials Science. The program has been jointly launched by TPU and RSC Energia together with the Institute of Strength Physics of Materials Science this year. TPU will run the first year of study, on the second year students will be trained at Energia where they will both study and work. 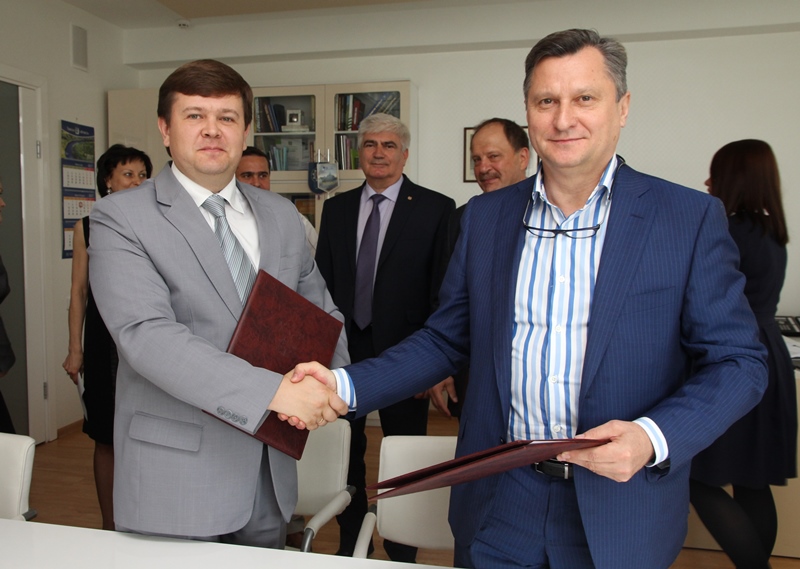 Yesterday Deputy Director General for Human Resources and Social Policy of RSC Energia Mikhail Komarov and TPU Vice-Rector for Academic Affairs Yury Borovikov signed an additional agreement on the implementation of a new network master program Technology of Space Materials Science, the enrollment to which has already begun.

The additional agreement stipulates the distribution of financial participation, functions and resources of TPU and RSC Energia for the implementation of a new master program.

The program will be implemented on the basis of Tomsk Polytechnic University and RSC Energia. This will allow training the engineer elite for aerospace industry.

At the university, master students will be engaged in various types of work, i.e. a research work, selection and certification of materials, construction design, etc. After the defense of their master theses the best graduates will be offered job placement in the corporation as design engineers and technology engineers.

‘One of our joint projects will be implemented very soon: on August 17 the Tomsk-TPU-120 satellite will be launched from the ISS to the Earth’ orbit,’ noted Mikhail Komarov. – ‘We see the further cooperation in that (and entire human resources policy of our company is aligned with this) in order, citing the President of the Russian Federation, Russia has global technological leadership by 2020. For this we should attract talented youth, the carriers of new breakthrough technology, approaches and ideas, capable to translate these ideas into reality.’

Mikhail Komarov added that the first eight entrants have already been enrolled to the master program of TPU and RSC Energia.

According to him, in the next two years it will be possible to educate more students and develop the educational program at the national level.

‘Nowadays Tomsk universities compete not in Russia but in the global arena. We are forced to change at a faster pace. The cooperation with such companies as RSC Energia is a good impulse,’ added Yury Borovikov. ‘I am doubly pleased as Vice-Rector for Academic Affairs, that such cooperation enables TPU to keep talented young people in Tomsk demonstrating them possibilities of modern education and high technologies in place.’

Mikhail Sonkin, Deputy Governor of Tomsk Region for Educational Complex and Innovation Policy, who hosted the ceremony of signing the agreement, in his turn, noted that the region authority actively supports the interaction of Tomsk universities and innovative enterprises with aerospace industry. 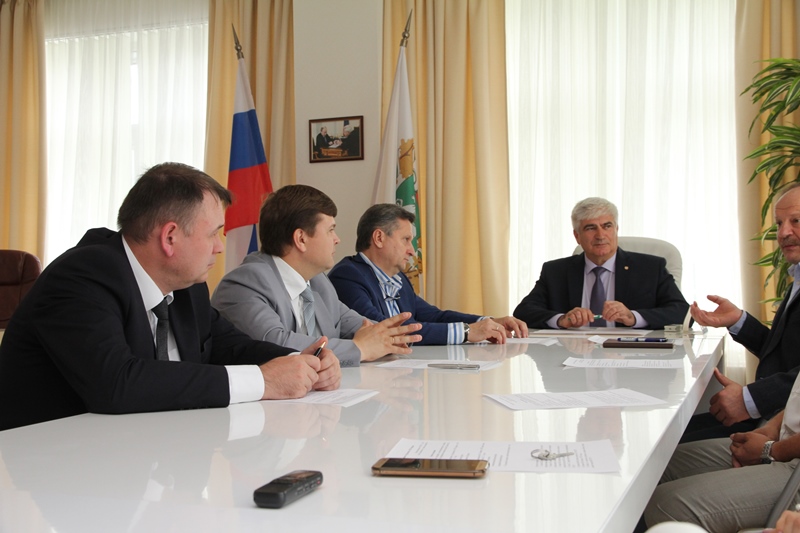