New microcapsules to enhance the efficiency of genome-editing

Researchers from Tomsk Polytechnic University jointly with their colleagues from St. Petersburg, Hamburg and London have conducted a study in the course of which it was found out that polymer and hybrid silica-coated microcapsules are more efficient in genome-editing when applying CRISPR-Cas9 system. In the future, this joint development will significantly simplify and increase the efficiency of genome-editing which can help cure previously irremediable inherited diseases such as Alzheimer’s, hemophilia and many others. 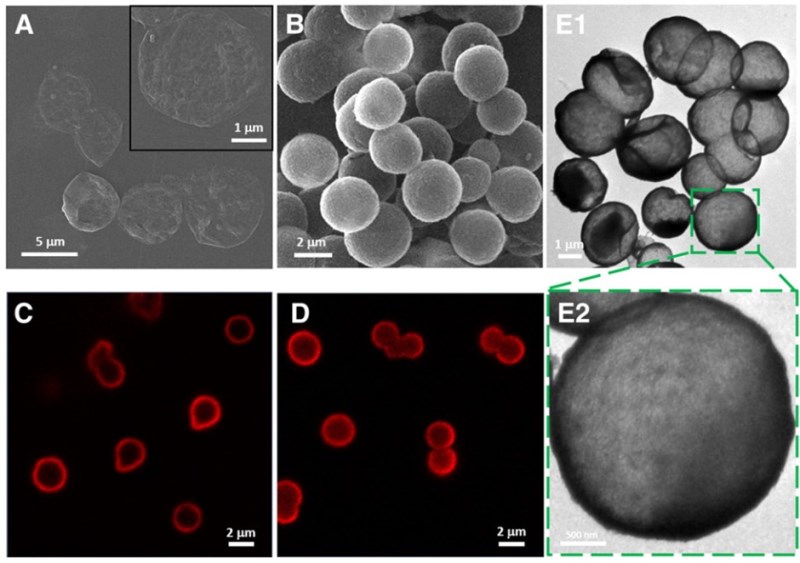 The results of the study were published in Nanomedicine: Nanotechnology, Biology and Medicine.

Clustered Regulatory Interspaced Short Palindromic Repeats / Cas9 (CRISPR-Cas9) is a revolutionary genome-editing technology which has a huge potential for research and clinical applications.

According to one of the co-authors Boris Fehse, a professor at the Research Department of Cell and Genome Therapy, Department of Stem Cell Transplantation, University Medical Center Hamburg–Eppendorf, Hamburg, Germany, bacteria have an adoptive immune system ensuring recognition and eradication of viruses (bacteriophages) if they try to infect them more than once. For this purpose bacteria incorporate short sequences of the viral genome into their own genome (in the CRISPR region) and utilize them as a template to synthesize short complementary RNAs that recognize a phage genome using the key-lock principle (similar to human antibodies recognizing pathogens that try to infect a person repeatedly).

The existing gene-editing technologies such as ZFNs and TALENs, and the latest CRISPR-Cas9 have the main challenge being a long-lasting problem of gene therapy, i.e. safe and efficient delivery.

‘These delivery methods are highly toxic. When they are used, some of the edited cells die. For example, when delivering biomaterial by electroporation, only 40-50% of cells survive,’

says Alexander Timin, one of the main authors of the article, JRF of the Laboratory for New Medications, RASA Center in Tomsk.

To solve this problem, the researchers decided to use polymeric and hybrid silica-coated capsules (SiO2) which TPU research team together with colleagues from Pavlov First Saint Petersburg State Medical University was developing.

The size of such capsules is 2-2.5 micrometers (μm). They are loaded with genetic material (biologically active substances), i.e. miRNA, mRNA and plasmid DNA. Then these capsules are delivered to the target cell. It absorbs them through micropinocytosis: a process in which cells capture relatively big particles. Thus, microcapsules are in the cytoplasm of cells and there they release their content. The shell itself gradually dissolves.

‘Delivery efficiency with these microcapsules is achieved due to low toxicity. The study showed that over 90 % of cells survive after transfection. Thus, the percentage of edited cells became significantly higher in comparison when liposomes were used for transfection,’

‘In the future, we hope to continue cooperation with Russian colleagues in this field of research. We have already applied for a joint research grant of the Russian Science Foundation and Deutsche Forschungsgemeinschaft, DFG,’ Boris Fehse shares his plans.

The next stage, according to the researchers, will be the application of CRISPR-Cas9 using microcapsules to deliver genetic material in in vivo studies.