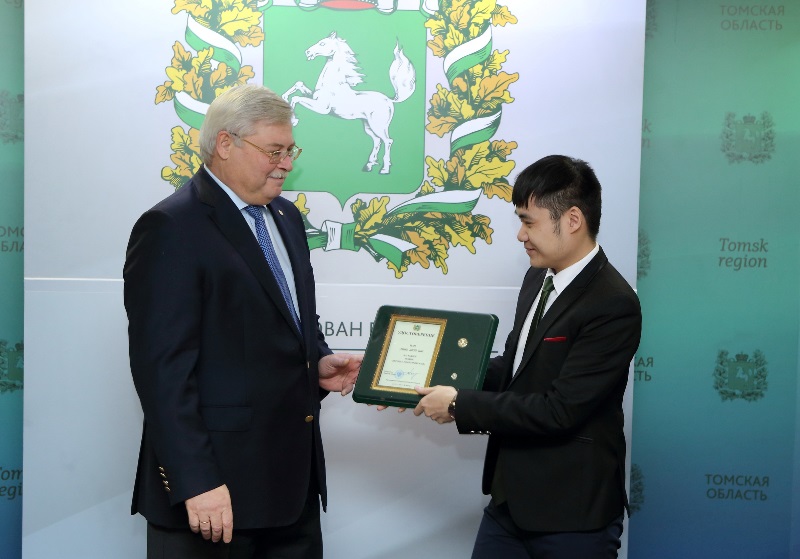 The competition for the Tomsk Region Governor Scholarship is held among students with excellent academic achievements over the previous three terms and international students with good and excellent marks. Besides, students’ achievements in research and their participation in social projects and creative contests are also taken into account. 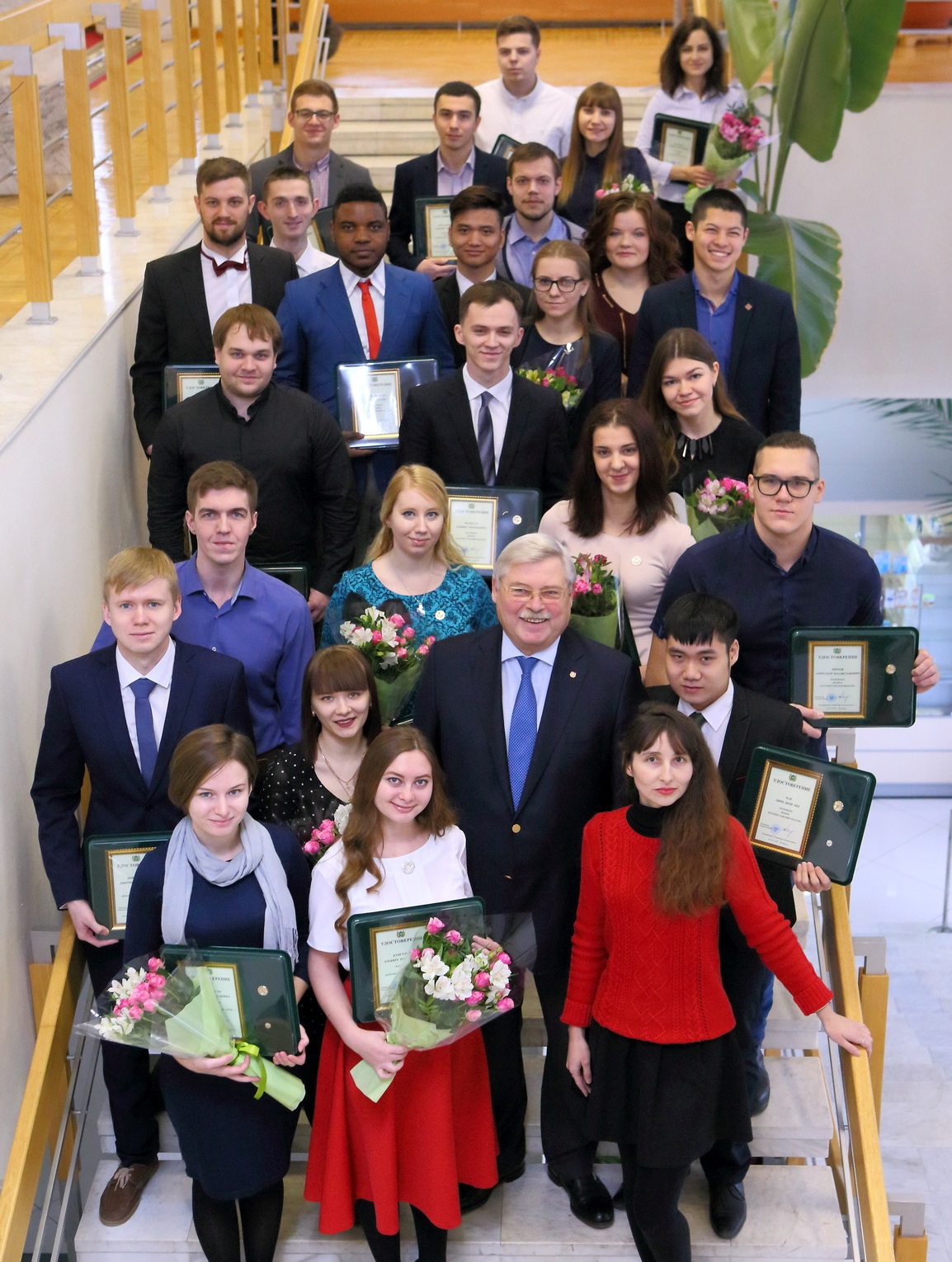 This year, the participants received the lapel pins Future of Tomsk Region for the first time. It depicts a nutcracker bird that carries a ‘nut of knowledge’ in its beak with a cone in the background.

The press service of regional administration cited the Governor Sergey Zhvachkin: ‘You are undoubtedly the future of our region, the development of which is based on science and higher education.’

The governor also reminded that Tomsk is Russia’s only city in the charter of which the city-forming role of the scientific and educational complex is indicated, that Tomsk is an official student capital of Russia and this year it is listed in the top 100 best student cities of the world.

TPU winner students demonstrated outstanding achievements both in academic and research fields. For example, a graduate student Evgeniy Boretskiy is engaged in safe storage of hydrogen fuel, a graduate student Valentina Moskvina is studying the impact of hydrogen on steel, she is working on new materials that will be resistant to prolonged hydrogen exposure. A graduate student Alexander Krutey is optimizing a technology for obtaining a biocomponent for detergents.

The full list of the Scholarship holders at TPU: