Early-career researchers from the School of Nuclear Science & Engineering Anatoly Konkov and Mikhail Shevelev have received a prestigious award The Medal of the Russian Academy of Sciences for young scientists. The awards in the field of physics and astronomy were granted for the study of the properties of polarization radiation. 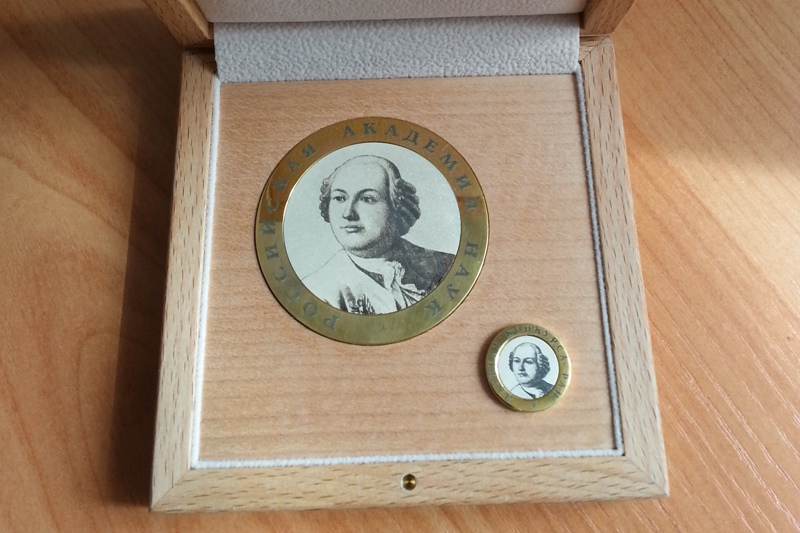 To take part in the competition, TPU scientists had to submit a series of scientific papers entitled Investigation of the Properties of Polarization Radiation of Relativistic Electrons from Macroscopic Structures.

‘Our works are devoted to the theoretical and experimental research of an interesting physical phenomenon of polarization radiation. It is extraordinary due to its physical properties and the history of its discovery as well.

Polarization radiation includes a number of physical processes, such as transition and diffraction radiation, Vavilov-Cherenkov radiation, the Smith-Purcell effect, and others. Although these effects have a common physical nature, e.g. they arise as a result of the dynamic polarization of the atoms of the medium by the electromagnetic field of a charged particle and / or by its magnetic moment, for historical reasons they are always considered as independent processes. Our work is aimed at bringing together the disparate processes into a single phenomenon.’

At present, polarization radiation is applied not only in physics of high-energy processes for identification of charged particles and in accelerator facilities for the diagnostics of beams of charged particles, but also as a mechanism for creating compact sources of electromagnetic radiation in a wide frequency range. Such sources are especially needed in medicine for radiotherapy, for the diagnosis of cancer, as well as in industrial and inspection systems.

‘TPU scientists, our senior colleagues, had contributed to the scientific area.

We have already worked on a universal technique which enables calculations of all types of polarization radiation.

We have an opportunity to test our theoretical research experimentally both at foreign accelerator centers and at the University. At TPU we conduct experimental research on the microtron of the School of Nuclear Science & Engineering,’ notes the scientist.

Articles included in the series are: