A joint project of scientists from TPU and the High Energy Accelerator Research Organization (KEK, Japan) was supported by the Russian Foundation for Basic Research and the Japan Society for the Promotion of Science. The project will be carried out by a research team under the supervision of the lead research fellow of the Research School of High Energy Physics and scientists from KEK Accelerator Laboratory. KEK Accelerator Laboratory is well-known throughout the world for the development and construction of accelerators of charged particles, as well as in the field of elementary particle physics. 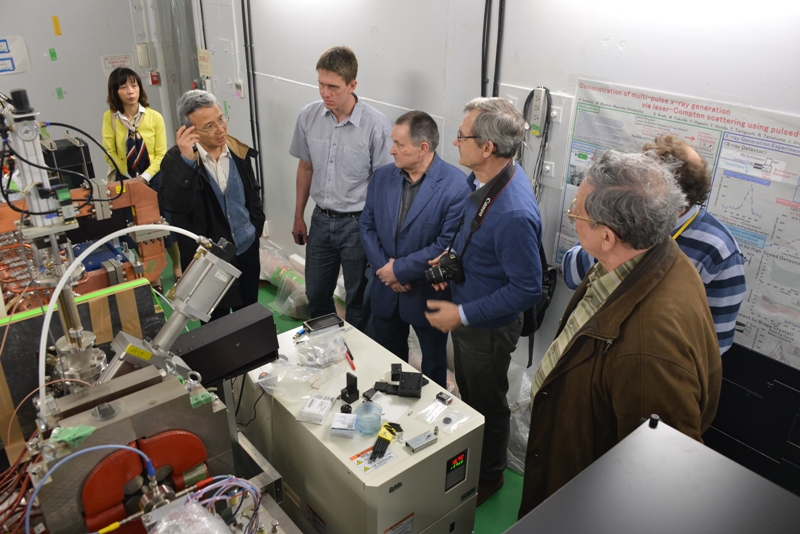 The study to be carried out at the TPU microtron and the LUCX accelerator in KEK is aimed at the development of new techniques for generating monochromatic radiation in the terahertz (THz) range. The grant is designed for two years and is funded by two countries.

Alexander Potylitsyn says: ‘We will conduct experimental research of capabilities for generating terahertz radiation at compact electron accelerators. In 21st century, scientists throughout the world began actively studying the capabilities of THz sources as sources of penetrating radiation with no harmful side effects. This rapidly developing direction has great prospects in various sectors: security, healthcare, biology, etc.’

Terahertz radiation is similar to laser radiation, but the latter does not pass through a media, for example, skin, whereas THz radiation easily penetrates through skin, wood, plastic, ceramics, paper, and other materials. This is its advantage over laser. On the other hand, unlike X-rays it has no such harmful consequences. Currently, THz sources are used for applied purposes. For instance, in inspection systems for scanning baggage and people, for medical purposes – for searching tumors and signs of other pathology processes.

There are some areas of application, but the scope is still incomparable with the use of well-known radiation sources. After all, obtaining operational beams of terahertz radiation is rather laborious and application opportunities are being studied.

As a result of the study the scientists have to identify techniques for obtaining intensive THz radiation using electron beams, as well as to obtain monochromatic radiation with a certain line width.

Monochromatic radiation will allow specialists to use THz-sources to increase the sensitivity and accuracy of measurements.

‘In 2013, we proposed and justified a two-year project to explore the possible generation of THz radiation at the LUCX electron accelerator, which was supported by the joint grant of RFBR-JSPS. Then a proof was obtained that electron beams efficiently generates the radiation. The current grant is the next step in this direction. Based on pre-existing experimental data and some theoretical developments we justified in our proposal that it is possible to obtain monochromatic THz-radiation,’ notes Alexander Potylitsyn.

The Japanese party is interested in such kind of research due to the relevance of the subject. Japan pays great attention to improving the level of healthcare for its population. The country plans to provide medical centers of each prefecture with modern safe equipment. Namely, terahertz radiation is currently considered the least harmful for the human body.

The reported study is funded by RFBR according to the research project № 18-52-50002.