A new site equipped with experimental means of non-destructive testing should appear at Tomsk Vakhrushev Electromechanical Plant (TEMZ) in the framework of a joint project with Tomsk Polytechnic University. It is supported by the Federal Target Program R&D for Priority Areas of the Development of S&T Complex of Russia for 2014-2020. All necessary equipment for testing spatially complex shaped parts of pipeline fittings, including specially created import-substituting facilities, will be assembled at the site. In particular, it comes to the housing of axial valves. 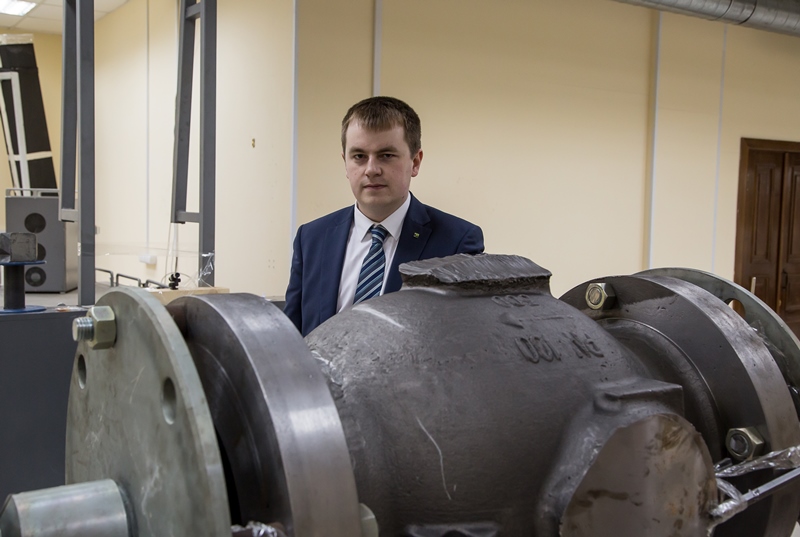 The project supervisor, head of the School of Non-Destructive Testing & Security Dmitry Sednev says: ‘A global aim of the work is to decrease the percentage of defects at such critical production to the figures achieved by leading companies in this area. Axial surge and control valves are critical items because they protect a compressor against overloads and ensure its smooth operation while sustaining huge pressure drops. The biggest valves are up to 1.2 m in diameter; the most common diameter is of 300-700 mm.

A missed defect in such item may cause a leakage, in the worst case it causes the destruction of the item and the failure of the gas pipeline.’

TEMZ specialists are working on the infrastructure of the site, TPU researchers are in charge of testing equipment of the project. The ‘heart’ of the site will comprise CNC machines producing items. TPU researchers are going to place NDT facilities in three directions around them: X-ray, ultrasonic and optical ones.

‘Currently, X-ray testing is the main method for testing complex shaped objects, so it is required in any case. In the market, there is no equipment that meets all requirements of our industrial partner. Thus, we have to create a new flaw detector based on betatron (ed. – an electron accelerator) with the proper software. In case it is necessary, the ultrasonic testing will be combined with X-ray method. In this part, we’ve introduced some innovations.  With previously developed robotic ultrasonic flaw detectors, the object had to be completely immersed in a bath with a contact fluid. This method appears to be rather impractical when the object weighs 10 tons. Therefore, we are developing a system of local fluid supply to testing areas. Considering the fact that we test complex shaped casting, such a challenge becomes non-trivial,’ notes the scientist.

TPU researchers are also developing a stand which brings together ultrasonic imaging and optical topography, which is a method to obtain 3D imaging of parts and compare them with their models.

‘For Russia, it will be surely a unique stand, here is a full import-substitution,’ Dmitry Sednev believes. ‘Data from all systems will be transmitted to the operator’s automated workplace. If a defect is found, he can quickly decide the fate of the cast: either to fix the defect or to send it for melting.’