Representatives of Tomsk Polytechnic University visited Shenyang Ligong University (SLU, Liaoning Province, China) as part of the 2+2 joint educational program. They taught mathematics, physics and core sections of mechanics during a month, as well as the Russian language during a year to Chinese students. 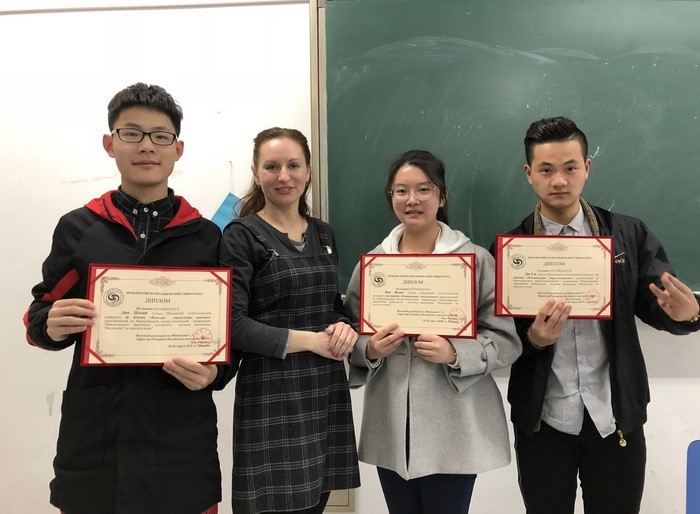 Over five years, TPU and SLU have been collaborating in terms of the 2+2 joint program. The program implies that TPU teachers of Russian as a foreign language teach the Russian language to SLU freshmen and sophomores. This is followed by a 4-week professional training in mathematics and based on the knowledge gained the students are have another 4-week advanced training in physics and mechanics. Upon completion of the second year of study, Chinese students come to TPU Summer School and continue their study within the chosen undergraduate program. As a result, they earn diplomas of two universities.

‘In March and April, Svetlana Shipilova gave 80 hours of classes to over 50 sophomores of Shenyang Ligong University: 34 students learnt Russian as a Foreign Language as part of Professional Mathematics course, 15 – as part of Mechanical Engineering, 3 – as part of Materials Science, and 4 – as part of the Automation course.’

All they will come to the Summer School and continue their study at Tomsk Polytechnic University,'

Moreover, Svetlana Shipilova together with the Director of the SLU Sino-Russian Institute Wang Lijun co-organized the 3rd International Science and Technology Conference on the International Education: Peculiarities of Studying Mathematics in Foreign Language. Thirty-four students took part in the conference. According to the results of the conference, the students were awarded certificates of the first, second, and third degrees for the best presentations and reports.

In addition, SLU students took part in the Total Dictation and the TruD tests. Elena Kalinina read a text for Russian speaking students and Alina Bykova delivered materials for international students. They completed the task with quite good results.