A ‘fingerprinting’ technology for containers with nuclear materials and wastes

Scientists from Tomsk Polytechnic University proposed a technology to monitor containers with nuclear materials and wastes.  TPU scientists use weld seams as ‘fingerprints’ of steel containers. Each weld is unique, therefore it can prove the authenticity of the container and identify any unauthorized access to nuclear materials.  This study was backed by the RF President Program to support early-career scientists. 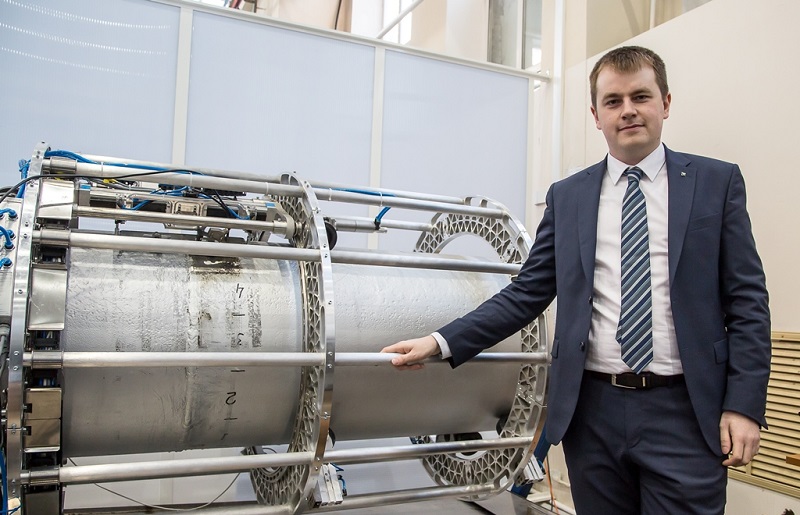 The head of the International Research Laboratory for Non-Destructive Testing Dmitri Sednev says: Radioactive materials and spent nuclear fuel are undoubtedly dangerous matters that attract close attention of both Russian and international supervisory bodies and operating organizations.  In order to ensure safety in this field, perhaps, traditional approaches are not anymore sufficient. Because the security of such substances is not only the issue of radioactive leakage from places of storage and operation, but also the issue of preventing unauthorized access to such materials.’

Currently, the scientists are working to combine two approaches: quality testing of weld joints to ensure tightness and data collection about welds to identify it.

‘How are containers marked now? They are given a specific number, a bar code, and sealed. But all this is created by humans and does not provide warranty of protection, that is proved by Rosatom recommendations on the application of sealing systems,’ explains Dmitri Sednev. - That’s why we came up with properties of containers, in particular the structure of weld joints if it comes to widely used steels containers. If we have data about initial state of materials we can always check whether it was exposed, whether someone tried to open the seam, or is it a different container.’

Using non-destructive testing it is possible to identify the smallest defects in a seam and test it originality. Currently, the scientists are working to combine two approaches into one technology in order to fix two tasks during one session.

At the TPU laboratory they have already assembled a pilot facility for testing welds at simple containers, developed some software and algorithms for automated testing of welds and their identification.

‘Who will have access to this ‘fingerprint’ database is another issue.  It depends on who is operating the tested materials. If these are Russian facilities the whole information will belong to Rosatom, if a facility is operated by another country, as, for example, the International Nuclear Fuel Bank, the access will undoubtedly belong to the IAEA,’ says the researcher.

The scientist exploits ultrasound method of non-destructive testing. The waves emitted by the converter pass through the material of the container and interact with its internal structure during their ‘journey’.  All these interactions are reflected on the backward wave.

‘Ultrasonic has a number of advantages compared to X-ray testing. The most important is the lack of ionizing radiation. When you work with nuclear materials there are two important aspects: no additional workload for personnel and the so-called parasitic background of the nuclear material does not affect detectors and does not light X-ray films. Besides, the testing rate of ultrasonic devices is higher and they can be used for larger thickness of containers,’ adds the scientist.