Pavel Kryuchkov, the graduate of Tomsk Polytechnic University, ascended Elbrus, the highest peak of Europe. Pavel, as a member of a group of climbers, ascended the mountain in honor of the 25th anniversary of the TPU Alumni Association and the 15th anniversary of the association’s branch at the JSC Academician M.F. Reshetnev Information Satellite Systems. 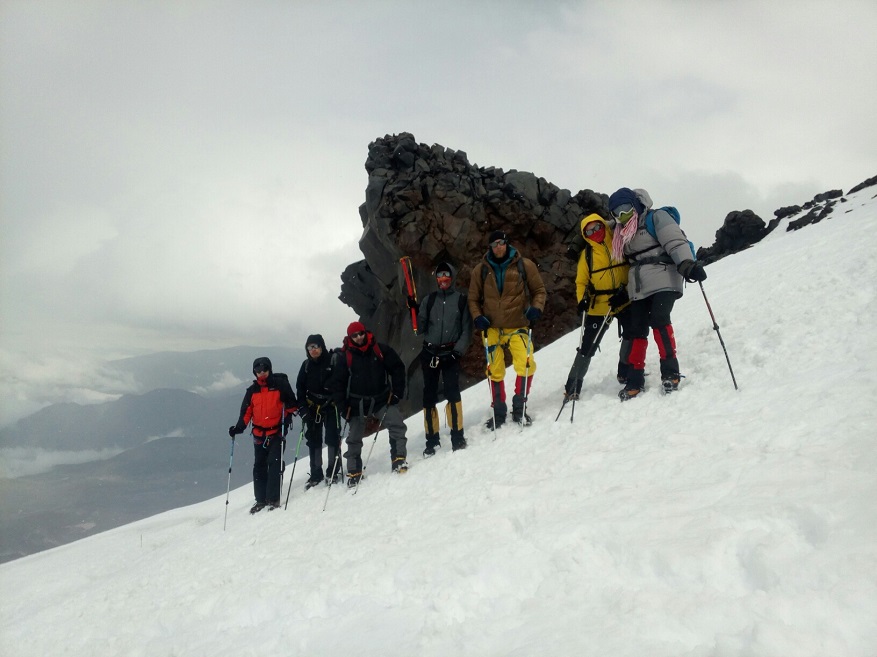 The expedition consisted of two instructors and six employees of the Reshetnev Information Satellite Systems (ISS). Among them, there was Pavel Kryuchkov, a graduate of TPU of 2014 (program - Electric Drive and Electrical Equipment) and the board member of the association’s branch.

“The expedition lasted nine days. The ascent began at 23:00 p.m., we were on the top at 12:04. We walked in a bunch of eight people with a 35-meter rope”, - says Pavel. - It was not easy. On the northern glacier of Elbrus, there were many cracks, along the way we fought with an unceasing strong wind. Back in Mineralnye Vody (city) the air temperature was +35 and at the level of 3,800 meters in the summit camp our tents were about to be blown away by the wind, it was +5 with snow and storm.”

May 11, the University birthday, in the 7th meeting of the Alumni Association, Pavel was given the flag with the signatures of the university Rector Petr Chubik, the Association President Yegor Yazikov and Yuri Pokholkov.

“It was a token of appreciation - to allow me to plant the flag of my alma mater on the mountain”,

— highlights Ivan. At such altitude the weather was changing very rapidly and unpredictably. During the ascent, there was a strong wind up to 50m/s, snow shower, and poor visibility." 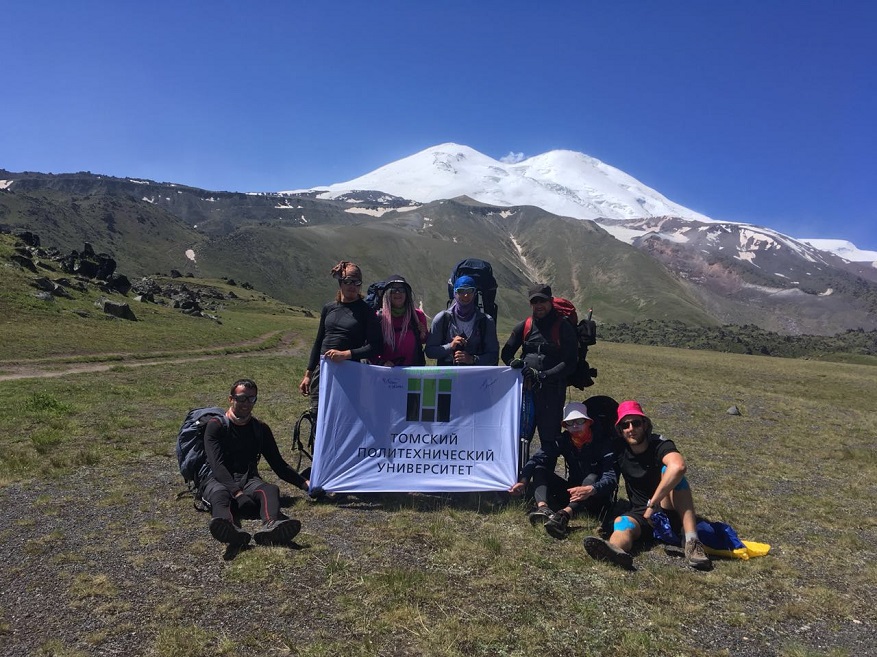 It is worth noting, that in 2015 the university students planted flags of the Institute of Power Engineering and the Student Union on Elbrus.

Elbrus - the highest mountain peak in both Russia and Europe, included in the list of the highest peaks of the planet – the Seven Summits. The height is 5,642 meters. The glaciers, draining from the mountain, feed the largest rivers of the Caucasus and the Stavropol region - Kuban, Malku and Baksan.

The university Alumni Association was established in 1992 to strengthen the connection between graduates and the University. The Association helps graduates with continuing education, conclusion of contracts for training and scientific research, and interaction of graduates with each other.

The Association has 49 branches in different cities and enterprises all around the country and beyond. There are branches in China, Vietnam, Kazakhstan and Uzbekistan.On the initiative of the Association the young specialist councils are being revived.