Scientists of Tomsk Polytechnic University search for a method to produce green fuels, sorbents and construction materials from both local peat, bran, straw and cedar shells

TPU summed up the results of the contest - TPU Postdoc as an Analogue of Doctoral Studies aimed to support promising projects of young PhD holders. The project is funded in the scope of the university Competitiveness Enhancement Program. One of the winners was Roman Tabakaev, an Associate Professor of the Butakov Research Center.  His research team, including both students and PhD students, as well as the university staff members was supported for four years for developing resource-efficient technologies of biomass pyrolysis into energy-rich products for green energy. 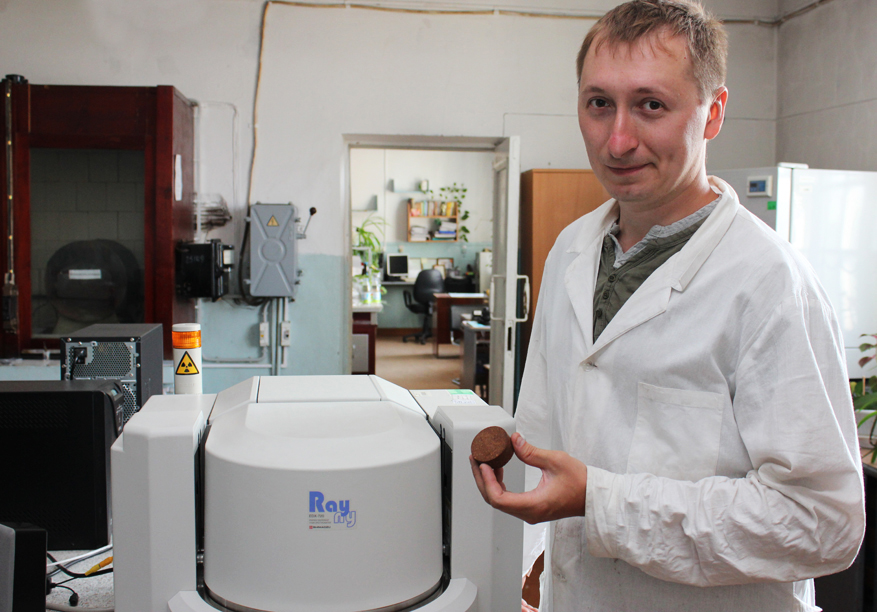 Worth it or not?

Pyrolysis is a process of thermal decomposition of organic substances in an oxygen-free environment. Roman’s group carries out studies of biomass, in this particular case: peat, straw, several types of wood waste, cedar shells and bran. The thermal processing of these types of biomass forms energy valuable products like resin, solid carbonaceous residue and combustible gas. These are green versions of the traditional hydrocarbon fuel, such as oil, natural gas and coal used today in the energy production industry.

"Despite the fact that, the pyrolysis of solid fuel has been studied for quite a long time there are still blanks in the knowledge about it. It can be explained by the complexity and uniqueness in composition of various solid fuels, especially if we are talking about young ones such as biomass, and dependence on a large number of factors.

In addition, in modern science, there is still a debatable question about energy-consuming level of pyrolysis technology. The university research team has its own ideas about it, supported by conducted studies. The results of these studies were published in a number of journals, for example Waste and Biomass Valorization and Journal of Analytical and Applied Pyrolysis.

"Some scientists believe that pyrolysis is a unprofitable technology, requiring significant energy consumption.  Others, and we are among them, point out the pyrolysis process proceeds with heat release. You need only to heat original product to a certain temperature and then the process continues in an autothermal mode due to its own heat release.

It was proven by our studies and experiments.  For example, if the straw is heated up to 360°C we cease heating and the temperature rises up to 430°C in an automatic mode", - says Roman Tabakaev.

One of the areas of the group large-scale research is a technology for obtaining energy-efficient solid, liquid and gaseous products namely in an autothermal mode. This allows shaking a myth of the energy cost of pyrolysis. 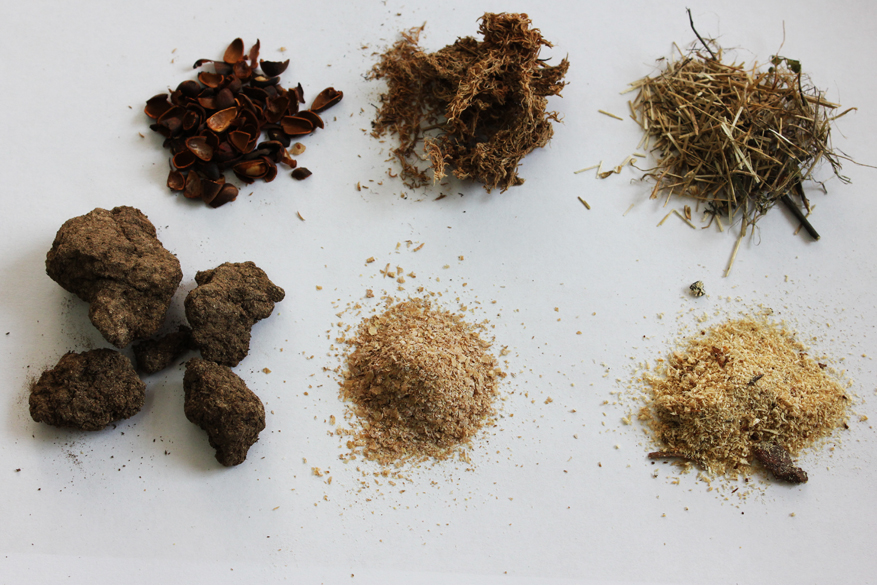 Photo: examples of different types of biomass, the Tabakaev group work with: (from left to right) cedar shells, peat from the Vasyugan swamp, straw, peat from the Sukhovskoye deposit, bran, and sawdust.

Another area of the scientific interests is a research methodology of mineral part of biomass based on preliminary low-temperature decarburization. The team received funding from the Russian Foundation for Fundamental Research in the scope of the grant contest - My First Grant (18-38-00648).

"Biomass contains a very small amount of mineral substances, literally 3-6%. However, even such insignificant content is resulted in the failure of power equipment within just a few years after the first launch of boiler-house.  For example, bran is a promising type of biomass due to its high combustion heat and low ash content. However, during combustion one can observe contamination of the surfaces of fuel-burning equipment. Further, it leads to decrease in efficiency and its failure", - explains the scientist.

If researchers find out the composition of biomass mineral part, they will find application for it.

"For example, the Tomsk peat is highly ashy, that is, after combustion, it releases 20-30% of ash from its initial mass. It can be used instead of storing ash.

For example, in a form of solid carbonaceous residue, considered as a sorbent, it can be used to purify flue gases. To test this hypothesis our team is conducting research of sorption properties of the carbonaceous residue obtained in various pyrolysis regimes", - says the project head. 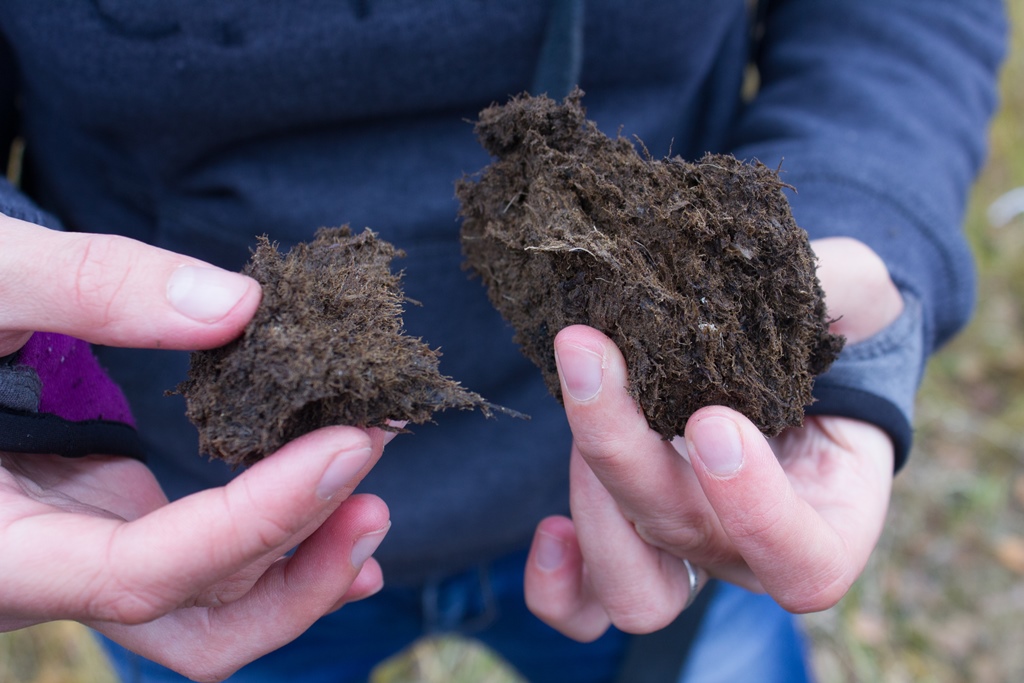 Photo: peat from the Arkadyevo deposit in the Tomsk region

For sorbing CO2 from the flue gases emitted by thermal power plants the research team proposed to use a multilayer sorbent obtained from several types of biomass, e.g. peat and straw, under different pyrolysis conditions.

"We assume and attempt to prove our idea experimentally that sorbents from several types of biomass, obtained under different pyrolysis regimes (slow and fast type), will allow capture both CO2 and other toxic elements, for example, nitrogen oxides. To do so, we have to leave a small amount of destructed organic matter in the sorbent. It will be able to binding nitrogen molecules", - says Roman Tabakaev.

Additionally, the research team considers the thermally recycled biomass as a construction material:

"Currently, we are working with bran and straw. In the laboratory, we obtain samples of a solid and durable material using thermal pressing of these types of biomass at a temperature of 140°C.   It is worth noting that the substances contained in biomass act as a binder, thereby providing the resulting materials with a sufficiently high strength.

The samples obtained from pressed bran can withstand the load up to 35,000,000 Pa (Pascal - Ed.),  having a thermal conductivity comparable to that of wood”, 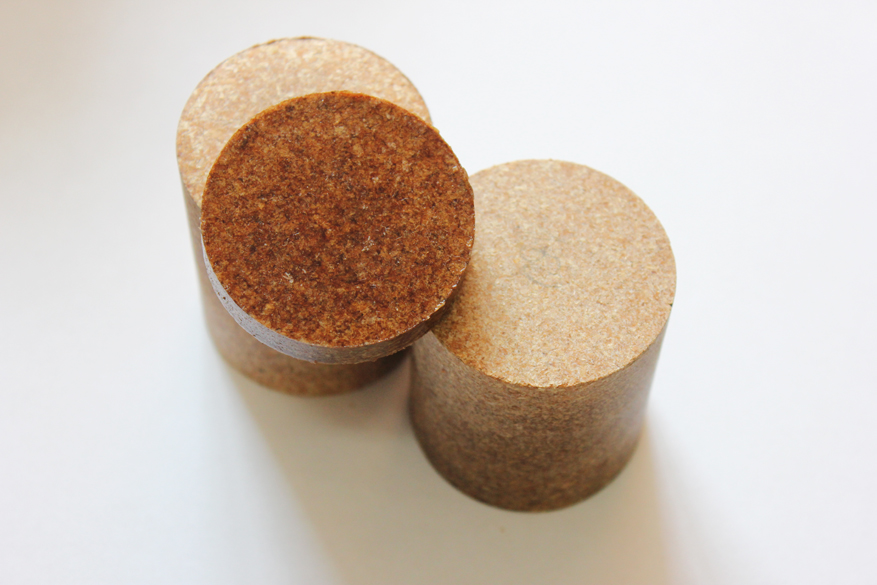 Photo: a sample block, made from bran.