The TPU research team proposed to use catalysts based on silver nanoparticles in liquid-phase oxidation of alcohols. This will allow making the process of alcohol oxidation more ecological and cost-effective, comparing with more traditional high-temperature gas-phase oxidation or with toxic reagents. In the article, published in the journal Fuel (IF: 4.908; Q1), the researchers proved the possibility to use these catalysts based on silver, on the example of the oxidation of octanol and betulin. The derivatives of these substances are valuable products for the chemical, pharmaceutical, and cosmetic industries. 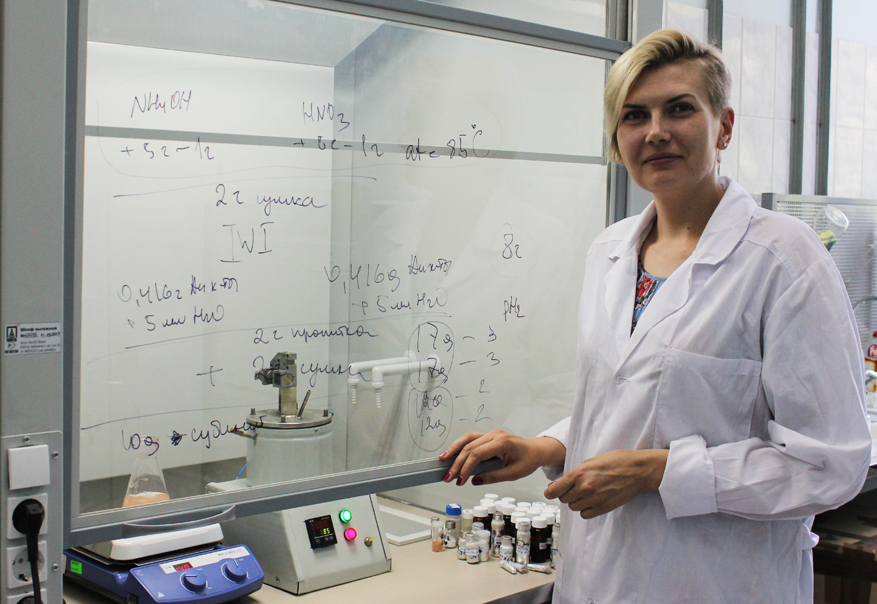 «In the organic synthesis, the alcohol oxidation in the liquid phase is a more green approach, comparing to that in the gas phase. Firstly, it proceeds at lower temperatures, making it less energy-consuming. Secondly, there are no products of complete oxidation, i.e., water and CO2, whose formation indicates a decrease in the reaction selectivity and a decrease in the output of the target product as well", - says Ekaterina Kolobova, one of the authors of the article, a senior researcher of the Research School of Chemistry & Applied Biomedical Sciences.

Scientists pay particular attention to the use of gold and metals of the platinum group as catalysts in such processes.

“Of course, they have a high level of activity, but they are quite expensive, unstable, and, consequently, they have a short lifetime. Silver-containing catalysts can be a good alternative, although researchers, undeservedly, ignore them. Recently, we have published a review on application of silver-based catalysts in liquid-phase oxidation. We managed to find only 18 publications, including the work of TPU scientists ", - says Ekaterina.

In the studies, which results are published in the Fuel journal, TPU scholars used catalysts that are a substrate of titanium oxide. It can be pure or modified by other elements, for example, cerium oxide with silver nanoparticles deposited on its surface.

“To carry out a comparative research we chose octanol and betulin, two completely different in structure and properties, including physical ones, alcohols. Octanol is a wood processing by-product whose derivatives are in high demand in industry.

Our catalyst turned out to be selective with respect to octanal, in other words, oxidation brought about the formation of octanal alone.

Unlike gold catalysts characterized by the formation of acid and / or ether in the reaction products, subject to a modifier, octanal, in its turn, is the most expensive and demanded oxidation product of n-octanol", - says the researcher.

Betulin derivatives are used as precursors, intermediates for the creation of new advanced medicines. Traditionally oxo-derivatives of betulin are obtained by using the Jones reagent in a strongly acidic medium. It is a mixture of very toxic chromium anhydride and strong acids. The preparation of betulin oxo-derivatives through oxidation with Jones reagent is quite complex and unprofitable process, characterized by the low oxidation selectivity and problems with utilization of toxic chromium oxide III and very toxic residual chromium anhydride.

Using these recently developed nanosilver catalysts the research team has succeeded in obtaining one of the oxo-derivatives of betulin - betulon under conditions close to green chemistry. It means at a temperature below 150 ° C and avoiding alkaline and initiating additives, which application can entail the formation of undesirable and toxic waste.

After isolation and regeneration, these heterogeneous nanosilver catalysts can be reused, which is another advantage of their application in liquid phase oxidation.

“Along with others aspects, in this article, we also developed our theory of the reaction centers of catalysts. The nature of active catalyst centers is one of the crucial and intractable problems of heterogeneous catalysis. If we solve this problem, we will be able to synthesize catalysts with predefined properties, without this knowledge we have to rely on scientific trial and error method, in other words, it is much less efficient and more costly. Based on our research, we have identified the nature of the active centers of our silver catalysts in the studied process, that is ions of silver with a certain effective charge", - says Alexei Pestryakov, one of the authors of the article and Professor of the Research School of Chemistry & Applied Biomedical Sciences.