Toyama (Japan) hosted one of the largest international forum for reporting progress and recent advances in the modern development of electromagnetic theory and its new and exciting applications – the Progress in Electromagnetic Research Symposium. Scientists of Tomsk Polytechnic University traditionally took part in its work. 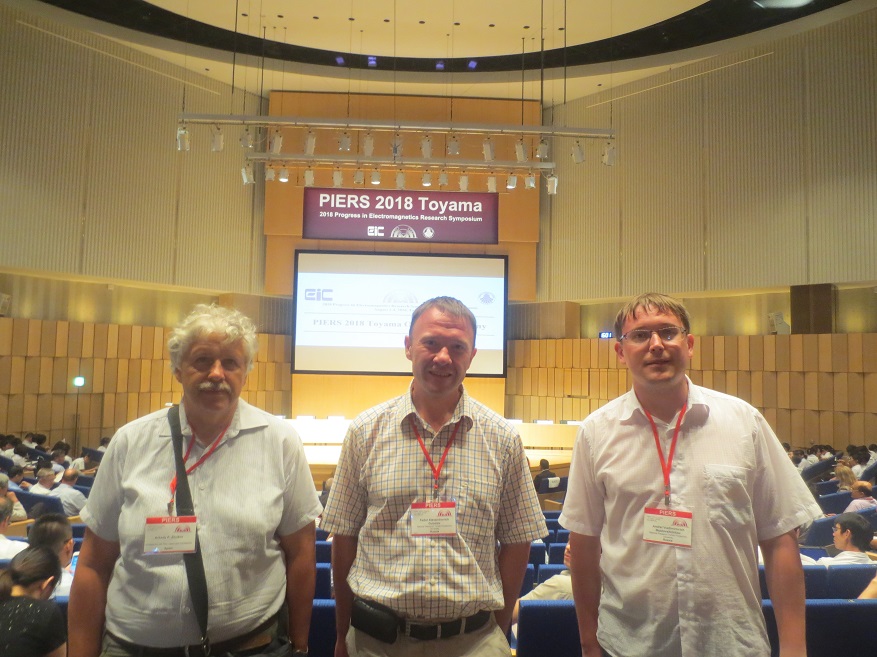 PIERS is one of the largest international forums which is annually held in different countries. The Electromagnetics Academy (USA) is a coordinator of the conference with the participation of top research and educational organizations in Russia, USA, EU, and China. The conference topics cover all aspects of research and application of electromagnetic oscillations. In 2018, the number of reports exceeds 2,000; more than half of them are presented by leading scientists from research centers of Europe, Asia, Australia, the North and South America.

It is worth mentioning that in 2016 and 2017 there was a section in the conference program dedicated to methods of Noninvasive Examination Techniques in Industry and Biomedicine. Fedor Gubarev, an Associate Professor of the Research School of Chemistry & Applied Biomedical Sciences, is an organizer and co-chair of the section. In addition, another co-chairman of the section was  Andrey Mostovshchikov, a senior research fellow at the Research Laboratory for Microwave Technology.

“In the framework of the section, there were several reports, dedicated to application of a laser monitor for observing combustion processes, the activation of metal nanopowders by microwave radiation, laser speckle-visualization”,

He highlights that the section brought together scientists from major educational and medical centers in India and Japan.

“The reports, presented at the section could be divided into two categories: medical and technological. The medical ones were related to ophthalmology, study of biological fluids, visualization of vessels and skin structure. The technological reports were devoted to non-destructive testing of corrosion of reinforced concrete structures, visualization of combustion of nanopowders and activation of aluminum nanopowders. Additionally, at the symposium, we met with colleagues from the University of Macquarie (Australia). They conduct theoretical research of diffraction of electromagnetic oscillations and object natural frequencies. We discussed the possibilities for joint research projects”, - says Fedor Gubarev.