On Monday the Siberia’s largest exhibition and one of the Russia’s most significant technological events Technoprom-2018 was opened in Novosibirsk. It is expected that over seven thousand people will participate in the forum. Tomsk Polytechnic University exhibits technologies for nuclear medicine, thorium energy, water treatment and even jewelry industry. 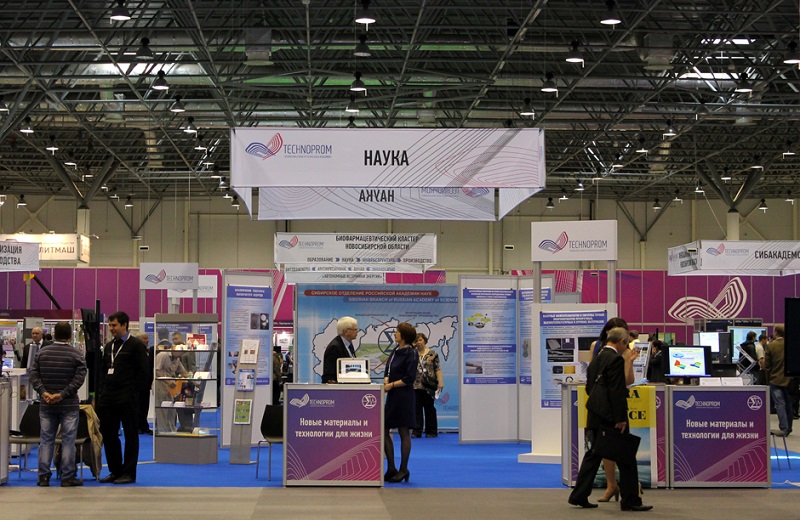 The University booth presents radiopharmaceuticals for diagnostics and treatment of cancer diseases, developed at TPU. The pharmaceuticals and equipment for their obtaining are designed at the site of the Tomsk Polytechnic University reactor which is the Russia’s only university nuclear reactor included in the list of unique scientific facilities of the country. TPU scientists create fundamentally new pharmaceuticals based on isotopes of lutetium 177, tungsten, rhenium, iridium 192, technetium 99, and phosphorus 32. In particular, now TPU is the Russia’s only manufacturer of phosphorus 32.

TPU scientists also present silicon-doping technologies. At the University reactor 2% of the world’s volume of neutron-doped silicon are irradiated; a technology for coloring topazes in sky-blue for the jewelry industry (irradiation is carried out also at the reactor site); projects on the development of domestic technologies of titanium oxide and ammonium paratungstate, a facility for 3Dprinting with composite materials and continuous reinforcement.

The booth will also present a concept of a thorium-loaded low-power reactor installation. TPU researchers suggest burning weapons-grade plutonium converting it into electrical and thermal energy.

The thermal energy generated at the thorium reactor is further possible to apply for the industrial production of hydrogen. These installations can be used also for desalination of water.

At the collective exposition of the Center for Cluster Development of the Tomsk Oblast the University exhibits two projects: the Geyzer-TM-1.5 water treatment facilities used in the region within the governor program Pure Water and the fully-variable real-time simulating complex of electric power systems. A team of young researchers was awarded the Prize of Government of the Russian Federation in the field of science and technology for the latter development.

The International Forum of Technological Development Technoprom is annually held in Novosibirsk and deemed as one of the Russia’s largest technology events. It is organized by the Russian Government, the Novosibirsk Region government and the Siberian Branch of the Russian Academy of Sciences. This year the key topic of the event is Science as Industry. Agenda 2024. The participants discuss the assistance in the technological leadership of the Russian economy based on the development and introduction of high technology in the industry.