Great Terror: One of Thousands, a new exhibition launched by TPU and Memorial Museum

The first exhibition of the project will be opened on 13 September at 16:00 at the NKVD Investigative Prison Memorial Museum (44 Lenin Av.). The exposition of the new exhibition project organized by the Tomsk Polytechnic University Museum Complex and the Memorial Museum is dedicated to an alumnus and lecturer As.Prof. Stanislav Golashevskiy from Siberian Institute of Technology (cur. - TPU), which was arrested in 1937 and died in the NKVD chambers, and posthumously he was rehabilitated. The exhibition is timed to the 80th anniversary of great terror in the country. The new exhibition Great Terror: One of Thousands, As.Prof. SV. Golashevskiy will start a large creative project, i.e. a series of joint exhibitions dedicated to innocent convicted fellows of the educational institution who suffered during the years of repression. 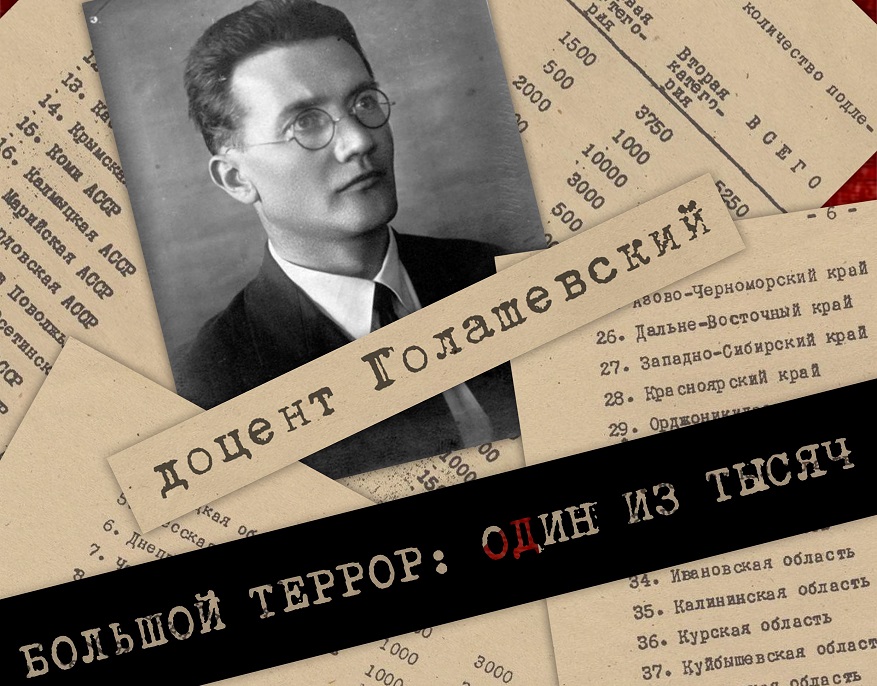 The director of the TPU Museum Complex Lidiya Losovaya notes:

‘Now it is important not just to store materials about those tragic pages of the history of our country in the museum collections and family archives. It is necessary to talk about this, and resurrect memory. For this purpose the Museum Complex and the Memorial Museum are launching a project on great terror so that the generation of young Tomsk residents know and remember how terrible it is when people lose their human face.’

The cooperation of Tomsk Polytechnic University and the NKVD Investigative Prison Memorial Museum began in 2012 with an exhibition of Professor Stromberg - From the Life In GULAG And Outside dedicated to the lifetime of TPU Professor Armin Stromberg.’

Stanislav V. Golashevskiy was a talented student. After his graduation from the Institute, he worked as an assistant at the Laboratory for Thermal Machines. He was greatly engaged in the creation of an aviation museum, an aero club, and the creation of the first Siberian aircraft Aviette STI-1.  From 1931 to 1937 (the time of his arrest) Golashevskiy was the Chair of Department.

From 1931 As.Prof.Golashevskiy was actively engaged in the pedagogic activities: ran practical and laboratory classes for students, graphics and design projects, read academic courses and compiled tutorials;  conducted research, carried out examinations and tests of internal combustion engines, steam engines on boats and factories, performed administrative and public work at the Institute. His enormous work was repeatedly rewarded by the administration of the Institute.

In the personal file of Golashevskiy there is an order dated back 27 December 1931 to suspend him from work at the Institute. Subsequently, the talented young scientist was accused of actively participating in the spy sabotage terrorist organization Polish Army Organization, in that he actively participated in the preparation of an armed rebellion against Soviet power, called for terror, and engaged in sabotage.

In 1956, S.V. Golashevskiy case was revised by the Military Collegium of the Supreme Court of the USSR and he was rehabilitated posthumously.