On 21 September 2018 a 35-day complex expedition on the vessel Academician Mstislav Keldysh, a flagship of Russia’s research fleet, started from the port of Arkhangelsk. The expedition was organized by leading marine institutes of the Russian Academy of Sciences: V.I. Ilyichov Pacific Oceanological Institute, P.P. Shirshov Oceanology Institute and a leading technical university – Tomsk Polytechnic University. 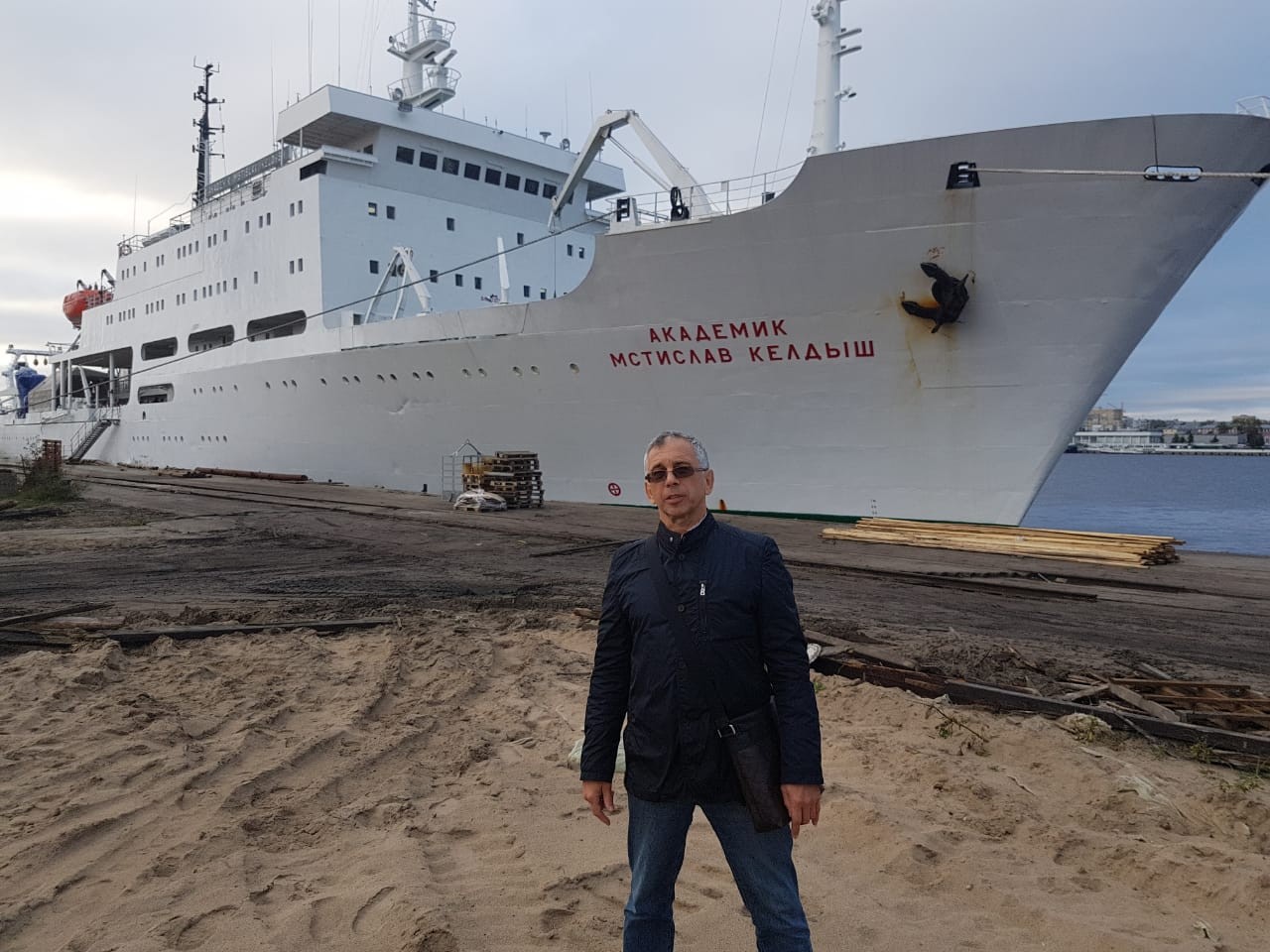 Prior to launching the large-scale event, a journalist from TPU Press Office met the leader of the expedition, RAS Associate Member, TPU Professor Igor Semiletov.

- Please tell about the main goals and tasks of the expedition; how is this expedition related to radical changes taking place in the framework of the latest RF president decrees?

I will start with the second part of the question. In accordance with the Strategy for Science and Technology Development of the RF and the national project Nauka it is planned to pay special attention to the development of research in the World Ocean that means the creation of scientific consortia in the form of world-class research centers. In this regard, it is extremely important to integrate intelligence and science and technology potential of leading institute of RAS and universities in Russia. This will enable to significantly expand research scope in the East Arctic Seas (EAS). For the first time on the shelf of the EAS, i.e. the widest and shallowest shelf of the World Ocean, research activities will be carried out with controlled underwater vehicles equipped with manipulators and seabed seismic stations will be set up. It is planned to perform a multilayer approach to the investigation of EAS mysteries including a complex of geophysical, geological methods for investigating the characteristic features of formation of gas-discharging ways in the sedimentary stratum.

In combination with acoustic and biogeochemical studies, this will make it possible to quantitatively study the migration of bubble methane from the surface of sediments into the atmosphere where a complex of joint meteorological and satellite observation will be conducted.

In this context, it is very important to cooperate with RAS AEROKOSMOS Research Institute, under the leadership of Academician V.G. Bondur. The study of dangerous natural processes related to spontaneous massive releases of bubble methane will allow the determination of the man-made threats in the construction and operation of various engineering objects, e.g. oil and gas platforms, pipelines, port infrastructure, and others. 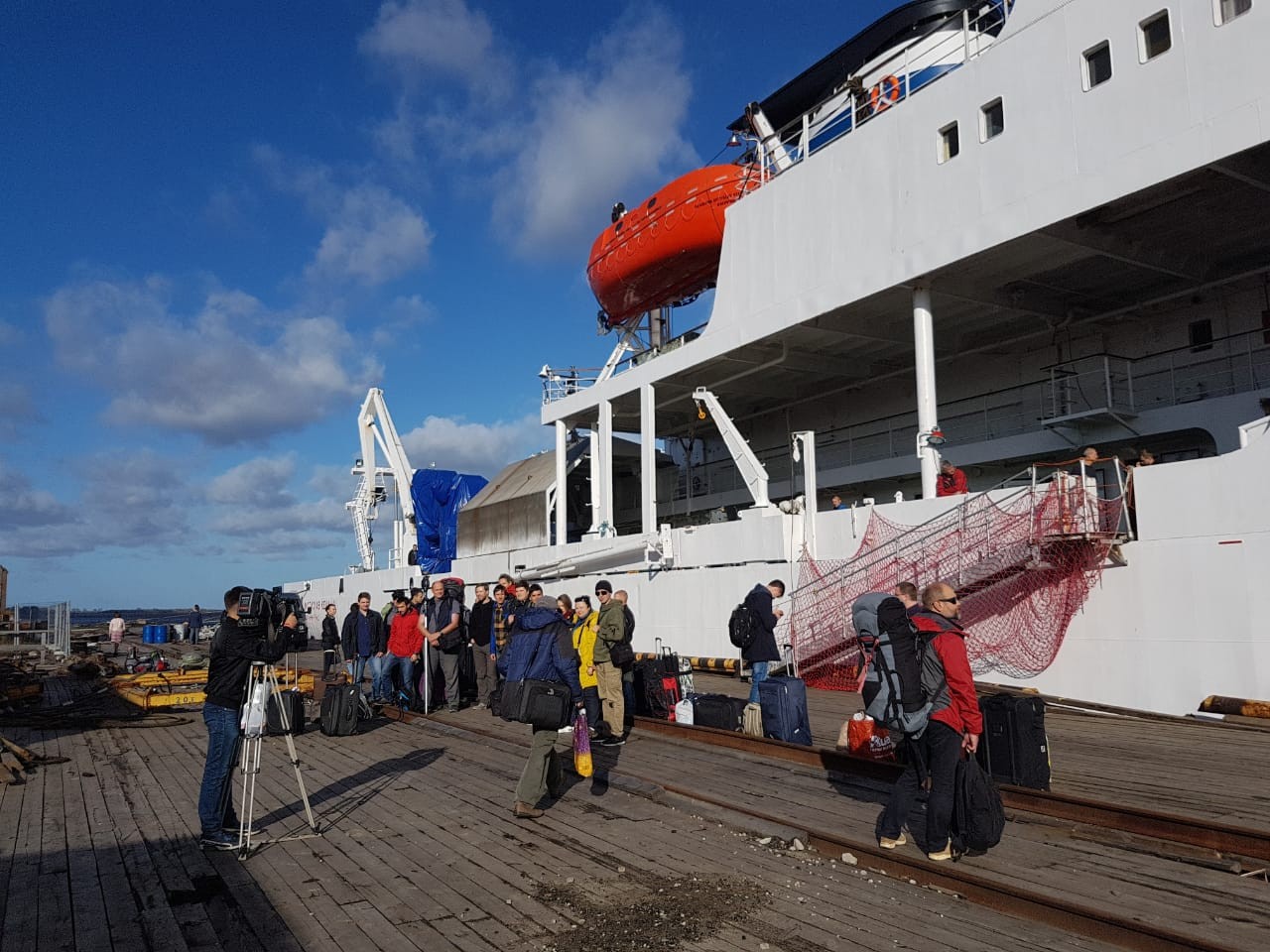 The annual study of seabed ice gouging which is increasing according to recent data. We also discovered and investigated methane release processes on the bottom of Arctic seas. The listed processes pose a danger for almost all types of activities including operation of the Northern Sea Route (NSR) as well as the development of oil and gas offshore fields.

Ignoring such natural phenomena leads to disasters accompanied by great environmental and economic damage and sometimes human victims, and therefore, minimizing risks in the development of the shelf is one of the priorities of studying the Arctic.

Let us return to the first part of the question.

The main goal of the expedition is to continue our 20-year research in East Arctic Seas in the context of identifying characteristics of carbon cycle imbalance due to the progressive degradation of underwater and coastal permafrost, i.e. the world’s largest reservoirs of organic carbon. It is involved in the modern biogeochemical cycle as a result of progressing climate warming that is most clearly manifested in the EAS. According to the hypothesis of key organizers and participants of the expedition, the planetary maximum of atmospheric methane over the Arctic is the consequence of the transfer of deep methane in the form of hydrates and free gas from the EAS bottom sediment into the water column – atmosphere.

- How important is the role of involving interested scientists from other countries?

- Obviously, fundamental science has neither geographical nor political boundaries. Twice two equals four in all countries. Unfortunately, it is still possible to face opposition based on the principle that science in a single country can be special in its essence. World scientific practice does not prove it. Almost all major scientific achievements were obtained as a result of international cooperation.

Our scientific consortium includes leading scientists from 12 universities in Russia, Sweden, the Netherlands, the United Kingdom, the United States, and Italy. This allows us to quickly introduce new ideas and approaches into research practice.