The scientists of Tomsk Polytechnic University develop a robotic complex for the rehabilitation of immobilized patients, told the RIA Tomsk information agency the Deputy Director for Development of the School of Computer Science & Robotics Vladimir Gubin. 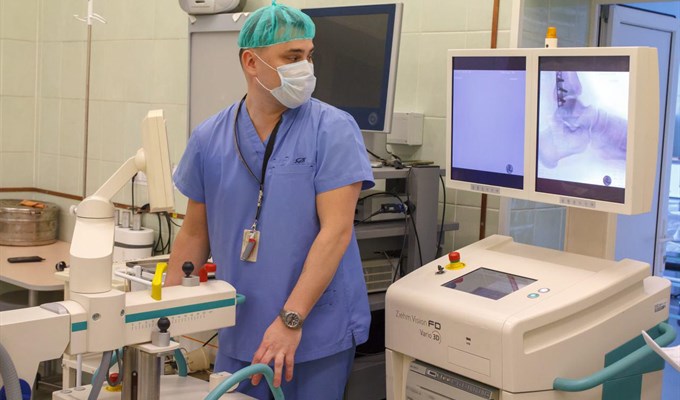 According to him, a few scientific teams from TPU and qualified rehabilitation physicians are involved in the creation of a robotic complex for the rehabilitation of people who have suffered a stroke.

‘The quality of the patient’s life depends on how quickly doctors start rehabilitation. If a patient is in the bed for a month, he/she will live but without functioning legs, arms…

If just after several hours after resuscitation to start rehabilitation, even the simplest massage, a person (especially a person that suffered a stroke in the young age) is able to fully recover,’

In addition, according to the developers, the robotic complex will help to fill the shortage of highly skilled rehabilitation specialists troughs automated functioning. The scientists have already designed various concepts: devices on the hands, legs, and the entire human body. Vladimir Gubin called the development an ‘inverted’ exoskeleton.

‘A nurse poses a device, for instance, on the leg, and it massages following a certain program. A simple version implies squeezing and expansion. We are working on the function so that the device reacts to pain, i.e. alerts the danger of damage after feeling a contraction, and automatically stops. It is important when a patient is unconscious.

If the exoskeleton amplifies the patient’s movement, the motion of such devices sends an impulse to the human body. This is a serious network project. At the moment we have created small servomotors to bring the future device into motion, developed software, and collected rehabilitation techniques,’ he said.