Researchers from the Weinberg Research Center of Tomsk Polytechnic University developed a technology for biodegradable scaffolds filled in with both antibacterial and inflammatory drugs. Such scaffolds or frameworks can be used to grow new organs and tissues in medicine and as a material for manufacturing implants or their parts. Antibacterial drugs inserted inside scaffolds should minimize the risks of infection at implanting medical devices. 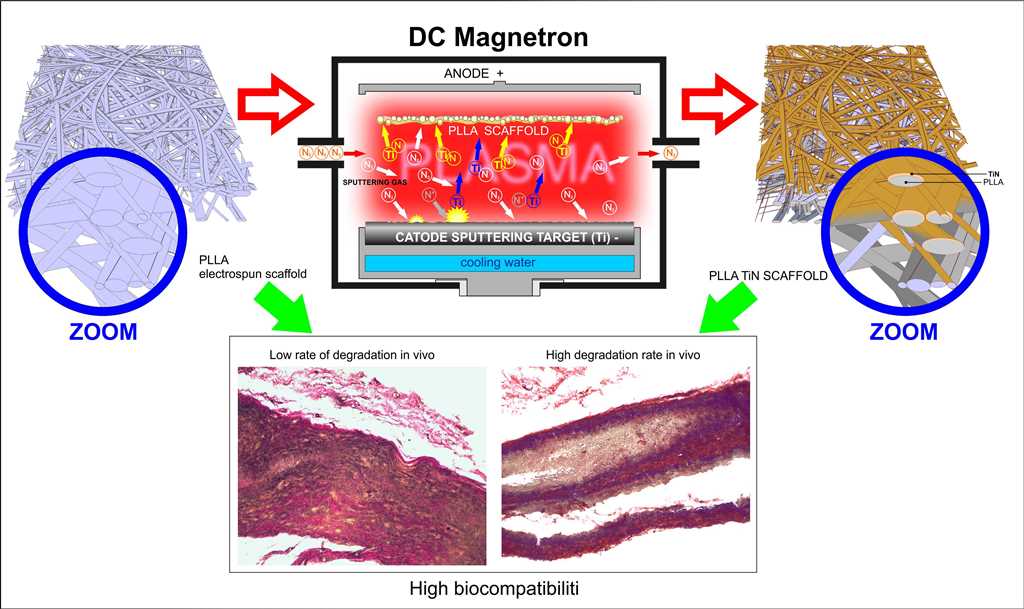 The project was supported by the grant of the Russian Science Foundation.

‘Scaffolds play the role of ‘houses’ for cells. In fact, they are frameworks for body cells which they fill while regenerating any damaged tissue. Now scientists from all over the world are working on various materials on the basis of scaffolds since in medicine they can be used for the creation of implants and parts of them.

We should keep in mind that implanting of medical items is always related to the risk of rejection and inflammation, as well as infection. We came up with an idea to fill in scaffolds with antibacterial drugs.’

TPU scientists study biodegradable polymer scaffolds made of polycaprolactone, polylactic acid and the mixture of the two compounds. During the degradation of scaffolds, antibacterial drugs are released from them.

‘Bioactive compounds are either incorporated into the structure of polymers directly during creation or are ‘stitched’ onto the surface. We carry out this in two ways, a physical and a chemical. In the first case, polymers were exposed to magnetron discharge plasma, as a result, molecules of medical compounds were attached to the surface of scaffolds. In the second case we used the method of wet chemistry, i.e. we treated the surface of polymers with a mixture of organic solvents. The surface became more malleable for chemical reactions with drugs,’ explains the scientist.

Photo: Plasma modification to immobilize hyaluronic acid on the surface of biodegradable scaffolds and their effect on primary human macrophages

The same methods were used to control the rate of polymer degradation.

‘Both plasma and solvents are able to destroy bonds in polymers due to this they degrade faster. On the contrary, we can use them to apply a protective coating on the polymers so that they degrade more slowly. The same methods allowed us to significantly increase the hydrophilicity of the polymer surface thus affecting their interaction with cells. Therefore, additional bioactive compounds that improve the survival rate of the implant are better applied onto a more hydrophilic surface,’ says Sergey Tvedokhlebov.

TPU scientists also conducted experiments that showed that the obtained materials do not activate the pro-inflammatory signal pathway.

‘In general, the study made it possible to develop new and improved composite materials with a modified surface for a wide range of applications.

The outcome obtained can be applied both in medicine for target delivery of biology active substances and in the creation of smart materials for use in extreme conditions, e.g. in chemical and other industries,’

The efficiency of the developed scaffolds was proved by medical and biological studies carried out by the project participants – experts from Tomsk State University and the Almazov National Medical Research Center.