The University Student Public Association – Svoy Podkhod took the second place in the All-Russian competition for the best organization of student self-government bodies - Leader of the 21st Сentury in the nomination The Best System for Working with International Students and International Student Collaboration. 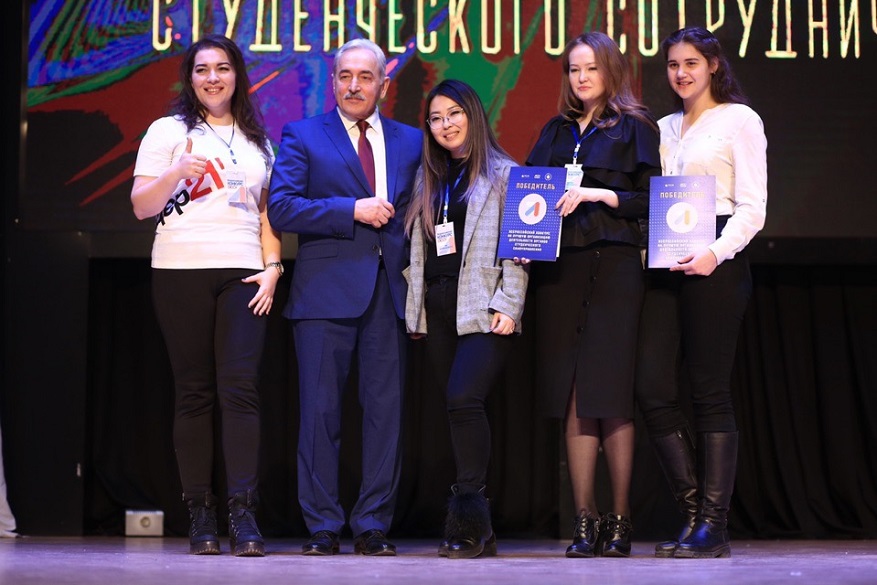 The final stage of the competition was held in Rostov-on-Don (Russia). Participants presented their universities and had to solve situational problems and present their projects to leading experts of the country. There were more than 130 participants from 70 Russian universities. Tomsk Polytech University was represented by Maria Vorotilo, a head of the University Student Public Association - Svoy Podkhod and Valeria Pak, a chairperson of the association.

“Every year, the most active students come in the Rostov region to exchange experience and gain new knowledge and skills in the field of student self-government. Svoy Podkhod participates in the competition for the second year in a row. Last year, in the same nomination we took the third place in Russia, now we have become even better,

— says Maria Vorotilo. – We presented the Interuniversity International Student Center (IISC). It was created in 2018 at the initiative of Tomsk Polytechnic University and became a five-year result of the event - the Days of National Cultures, aimed at socialization of international students, the study of cultures and traditions of different countries. The project is organized by the TPU Social Work Center and the Student Patriotic Association - Svoy Podkhod. In each nomination, three best practices were selected, ours became the second best in the nomination and one of the best in Russia. ”