An alternative, resistant to the conditions of low or even negative temperatures water-diesel micro-emulsified fuel is being developed at Tomsk Polytechnic University. TPU scientists obtained stable samples of the fuel which does not separate into diesel and water during storage. In 2018, the Russian Science Foundation supported a research project led by the assistant Maksim Piskunov from the TPU Butakov Research Center. The project is relevant for many northern countries such as Russia, Canada, the USA, Norway, Sweden, Finland, the UK, and others. 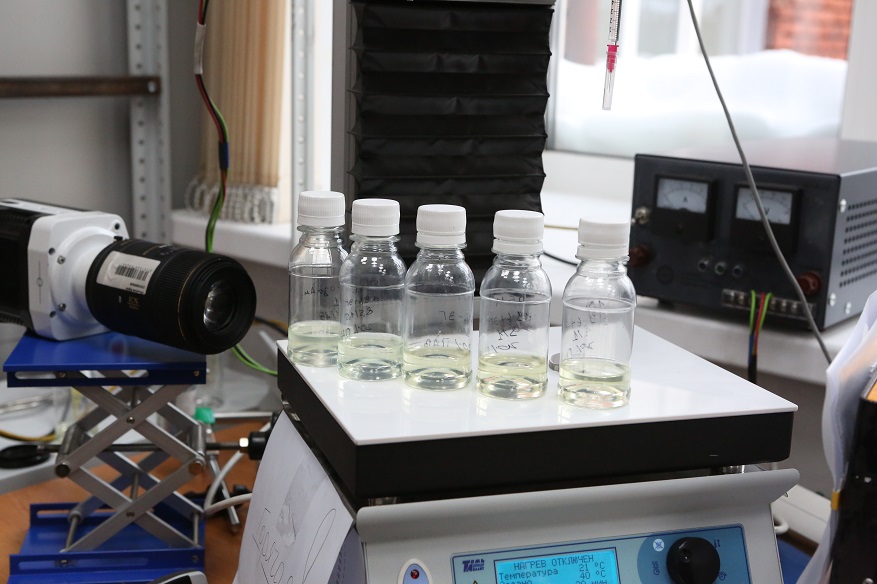 The research is called Water-diesel micro-emulsified fuel resistant to the conditions of low temperatures. The scientists are challenged to obtain a fuel sample featuring certain characteristics which allow it to function at low and negative temperatures keeping high efficiency. During experiments, winter diesel fuel is used as a basic element. The researchers pour it into test tubes, add water and surfactants in various proportions. The first stage of the project included the formation of promising fuel compositions.

‘It is important for us to ensure a stable condition of the microemulsion as long as possible under conditions of significant fluctuations in the temperature of the medium in order to exclude the separation phase of the fuel, for example, when the engine is running. This is not a regular challenge, therefore we add water phase. Diesel and water have completely different densities, in theory, they should exist separately. Additionally, everyone who learned precise subjects at school remembers that water freezes at the temperature below 0 °C,’ says Maksim Piskunov.

At present, we obtained fuel samples which are stable and do not separate into diesel and water during storage. So, it can be stored in the gas tanks or fuel tanks for a long time. The samples obtained remain thermally stable at the same temperature at which the diesel fuel becomes cloudy (-21°C) after which it does not function well anymore. 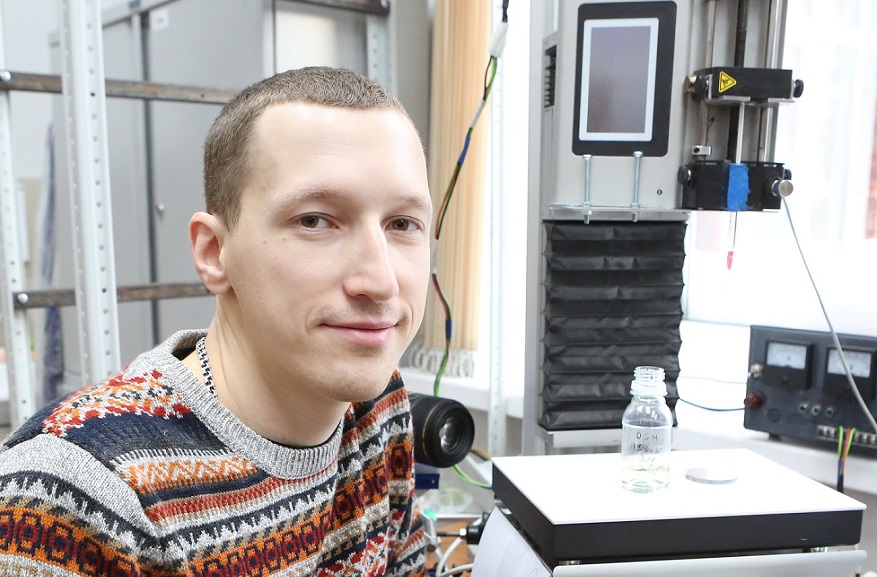 ‘Our objective is not to achieve any lower value but to determine ways by which it is possible to adjust thermal stability of microemulsified fuels and identify their efficiency,’ notes Maksim.

The next stage of the research which has already started is achieving an effect of fuel drops destruction when interacting with a high-temperature medium and the process analysis.

‘We observe what is happening to the fuel drops when heating. We physically simulate conditions when a sprayed fuel drop falls, for example, on the heated wall of the internal combustion chamber. This is a real-life model. Thermal destruction of drops when interacting with the wall is a kind of indicator of process efficiency. If the fuel is crushed again during heating, it means that an air-fuel mixture is formed faster and it is more efficiently ignited and burned. There is such a paradox: it would seem that the water added to fuel should worsen the processes of combustion and ignition, but in fact, this acts on the contrary,’ says the scientist.

It is assumed that fuel compositions obtained as an outcome of the research will be able to stay in the stable condition at the wide range of operating temperatures and potentially used as an alternative fuel, for example, for diesel engines with compression ignition. The research will make it possible to evaluate the potential and extent of application of emulsified fuels in winter conditions.