Scientists from Tomsk Polytechnic University and the Institute of Strengths Physics and Materials Science SB RAS have completed the design documentation for the manufacture of Russia’s first space 3D printer. The facility will be able to function in space and print parts of polymer fibers onboard the International Space Station (ISS). A printer prototype is expected to produce by 2020. 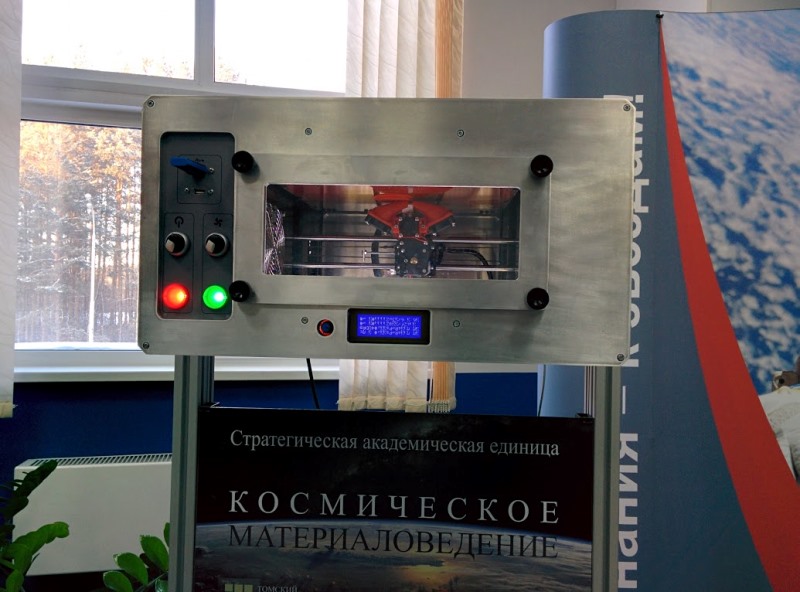 Photo: The functional prototype of the space 3D printer

According to Director of the School of Advanced Manufacturing Technologies Alexei Yakovlev, the design documentation for the 3D printer is ready-made. The project documentation was accepted and approved by RSC Energia.

‘A prototype 3D printer will have been assembled by 2020. The team of R&D Laboratory for Modern Production Technologies of Tomsk Polytechnic University is responsible for the task. The works will be mostly carried out in Tomsk, as well as in RSC Energia. The project will be supervised by Advisor to Director General of RSC Energia Alexander Chernyavsky,’ says Yakovlev.

The prototype will pass radiation, climatic and technological testing.

‘The next stage of the large-scale experiment will involve the manufacture of a flight model of the printer. It will be used for study and training at the Gagarin Cosmonauts Training Center and then it will be delivered to the ISS,’

It is noteworthy, scientists, students and staff members of TPU are active participants of a number of important large space experiments, including 3D printing onboard the ISS, Peresvet known as the application of protective, optically clear coatings for the ISS porthole glasses in space conditions, and a constellation of small spacecraft. Besides, a master program Technologies of Space Materials Science is jointly implemented by TPU and RSC Energia and a specialized Aerospace Class operates at the TPU Lyceum.