Yury Pokholkov: ‘For me, Tomsk Polytechnic University is my whole life’

A former rector, Laureate of the Prize of the President of the Russian Federation and the Prize of the Government in Education, Honored Worker of Science and Technology of the Russian Federation, Honorary Worker of the Higher Vocational Education, Honorary Citizen of the Tomsk Oblast, a scientist and manager, a person who in many ways formed the image of scientific and educational complex of our region, and this is not all that can be said about Yury Pokholkov who celebrated his 80th anniversary last week. 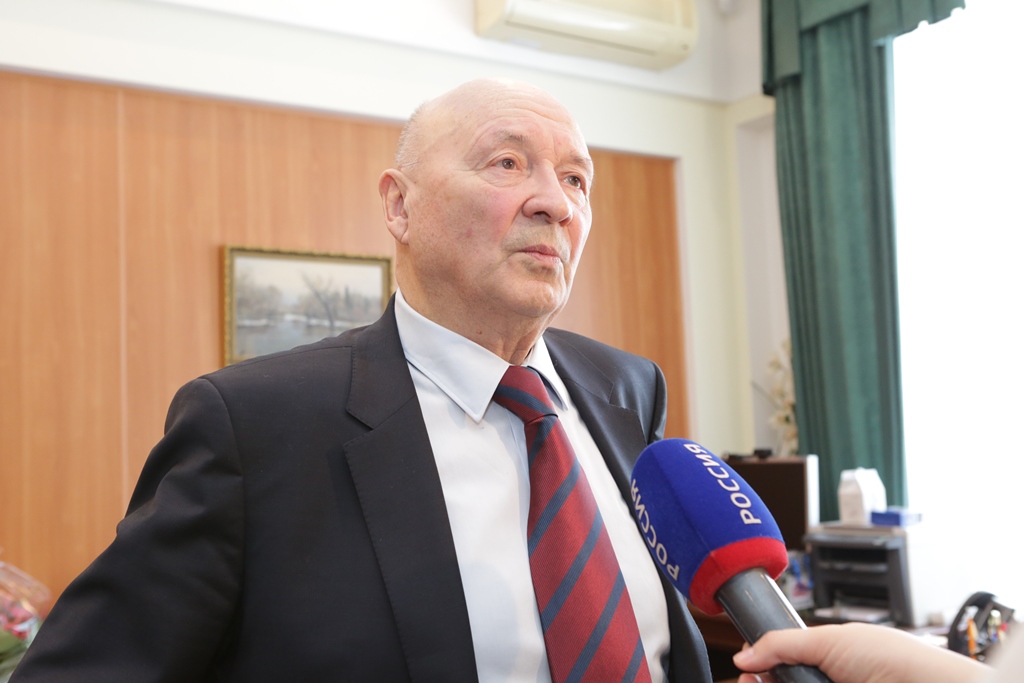 Yury Pokholkov has been tied with Tomsk Polytechnic University for 63 years.

‘At the age of 17, I arrived in Tomsk and entered TPI (now TPU). This university is my whole life, starting from my student years until today and while I am working,’ says the hero of the day. ‘I have always endeavored to do my best for the sake of my alma mater.’

From 1990 to 2008, Yury Pokholkov headed Tomsk Polytechnic University. Indeed, these were difficult years for the whole country and, meantime, the years of establishment of the University as one of the best technical higher educational institutions of Russia. Representatives of the authorities, the Tomsk public and the Tomsk Science and Education Complex, students and colleagues of the professor came to congratulate him. 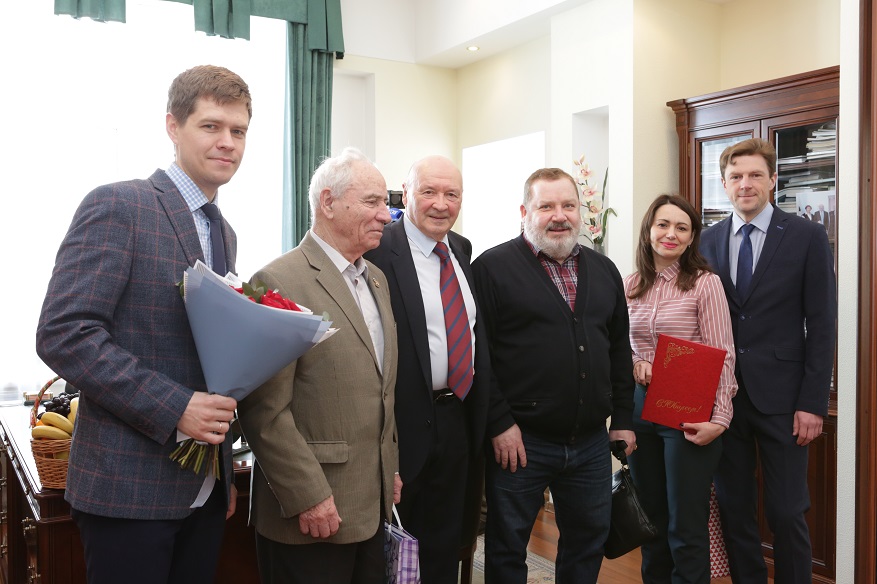 Governor of Tomsk Oblast, Chairman of the Supervisory Board of Tomsk Polytechnic University Sergey Zhvachkin noted in his congratulation that 18 years of Yury Pokholkov's rectorship perfectly depict a thesis of the role of personality in history.

‘In the century history of TPU Pokholkov has taken a very important place,’ says Sergey Zhvackin.‘Thanks to him, the Institute was granted university status, and this was not just a title change. In the challenging time, at the break of formations and ages, Yury Pokholkov was able completely to restart the institution… He managed to form a team of like-minded people, having brought together scientists and entrepreneurs for the common goal, i.e. to make TPU one of the best universities in the country.’ 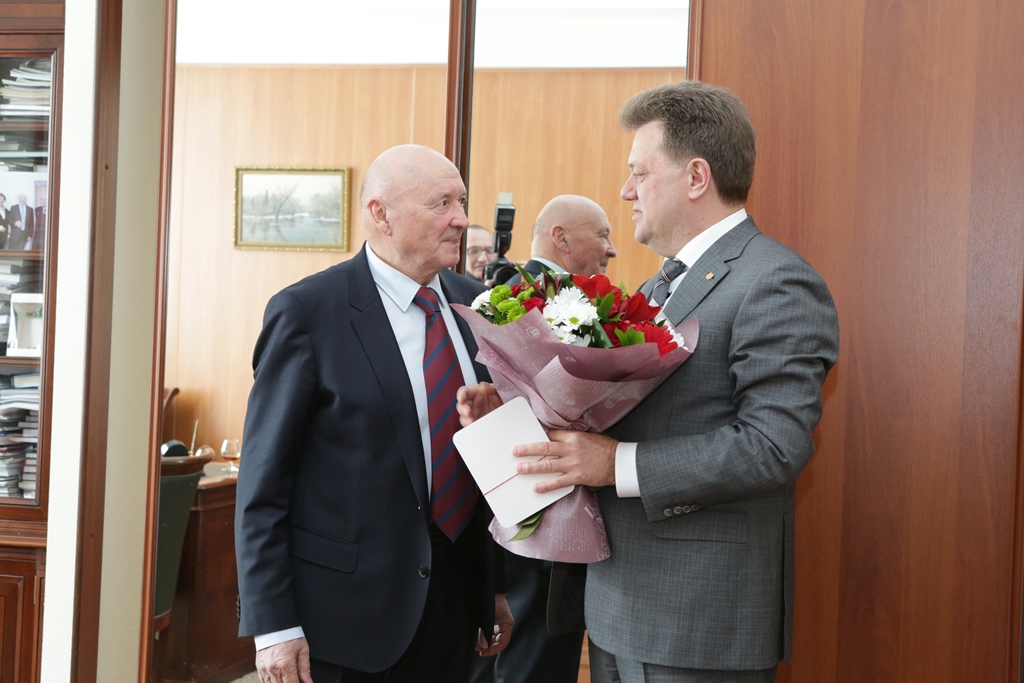 ‘With your direct participation, Tomsk Polytechnic University became a true brand of our city and entered the number of Russia’s leading universities. Today we are all proud of you and pay you a well-deserved tribute,’ the mayor said.

The big delegation of the TPU administration warmly congratulated the ex-rector. He worked together with many of them, taught and helped them with advice. 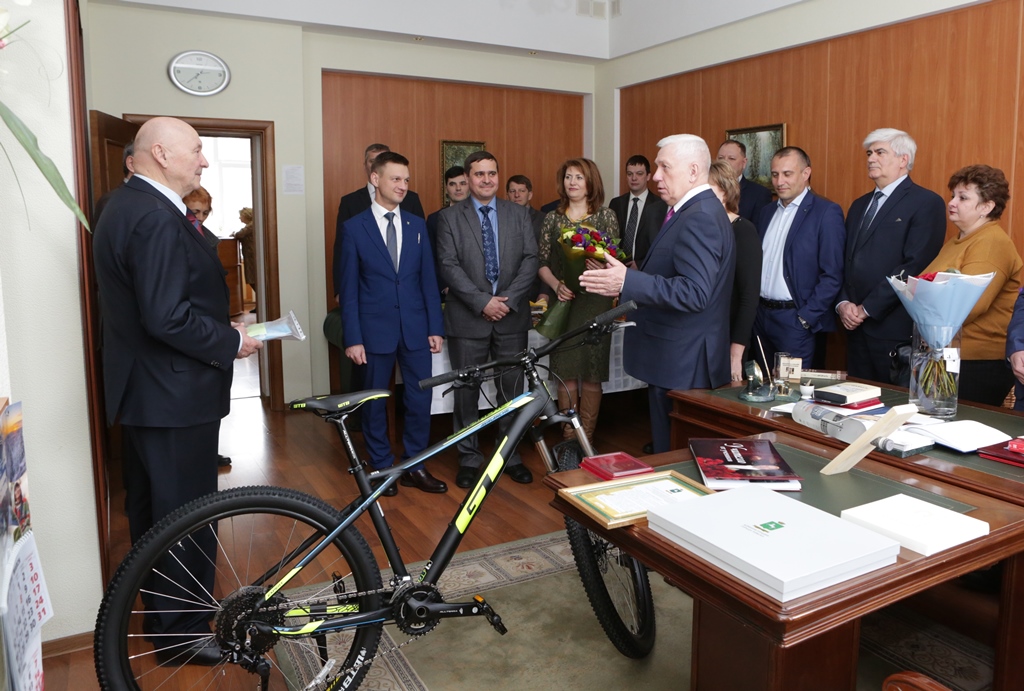 'When we thought of a gift to your anniversary, we remembered the words of Albert Einstein. He said: “Life is like riding a bicycle. To keep your balance, you must keep moving,' said Acting Rector Petr Chubik in his congratulatory speech.

By the way, according to Yury Pokholkov, in summer he tries to ride more than 20 kilometers every day.

'However, I think that the most important reward for you is the genes that your parents gave you. This is a family that supports you, and a favorite job that allows you to be in demand and necessary,' added Petr Chubik.

In 1961, he graduated from the TTI Faculty of Electromechanics with an electrical engineer degree in electrical insulation and cable technology.

In 1966, he defended the candidate dissertation devoted to The influence of winding insulation works and the quality of insulation on the reliability of electric machine winding in advance. In 1978, he defended his doctor of science dissertation devoted to The development of the methods of computation and ensuring the quality of electrical insulation of winding for asynchronous motors at Moscow Power Engineering Institute.

Since 1977 – chair of the department of electrical insulation and cable technology during 13 years.

Yury Pokholkov led the development of a concept of transforming the technical Institute into a technical university. Due to the Decree of the Council of Ministers of RSFSR dated 18 October 1991, Tomsk Polytechnic Institute was transformed into a university.

Under the supervision of Yury Pokholkov a science school of reliability of electrical insulation of low-voltage electrical machines was established.

Since 1999, Yury Pokholkov is the President of the Association for Engineering Education of Russia.

Currently, he heads the Research Center for Management and Technologies in Higher Education.