Early-career scientists from Tomsk Polytechnic University have received a prestigious award the Medal of the Russian Academy of Sciences for young scientists. Four TPU scientists were marked for research in the field of nuclear physics, thermal physics, chemistry, and non-destructive testing. 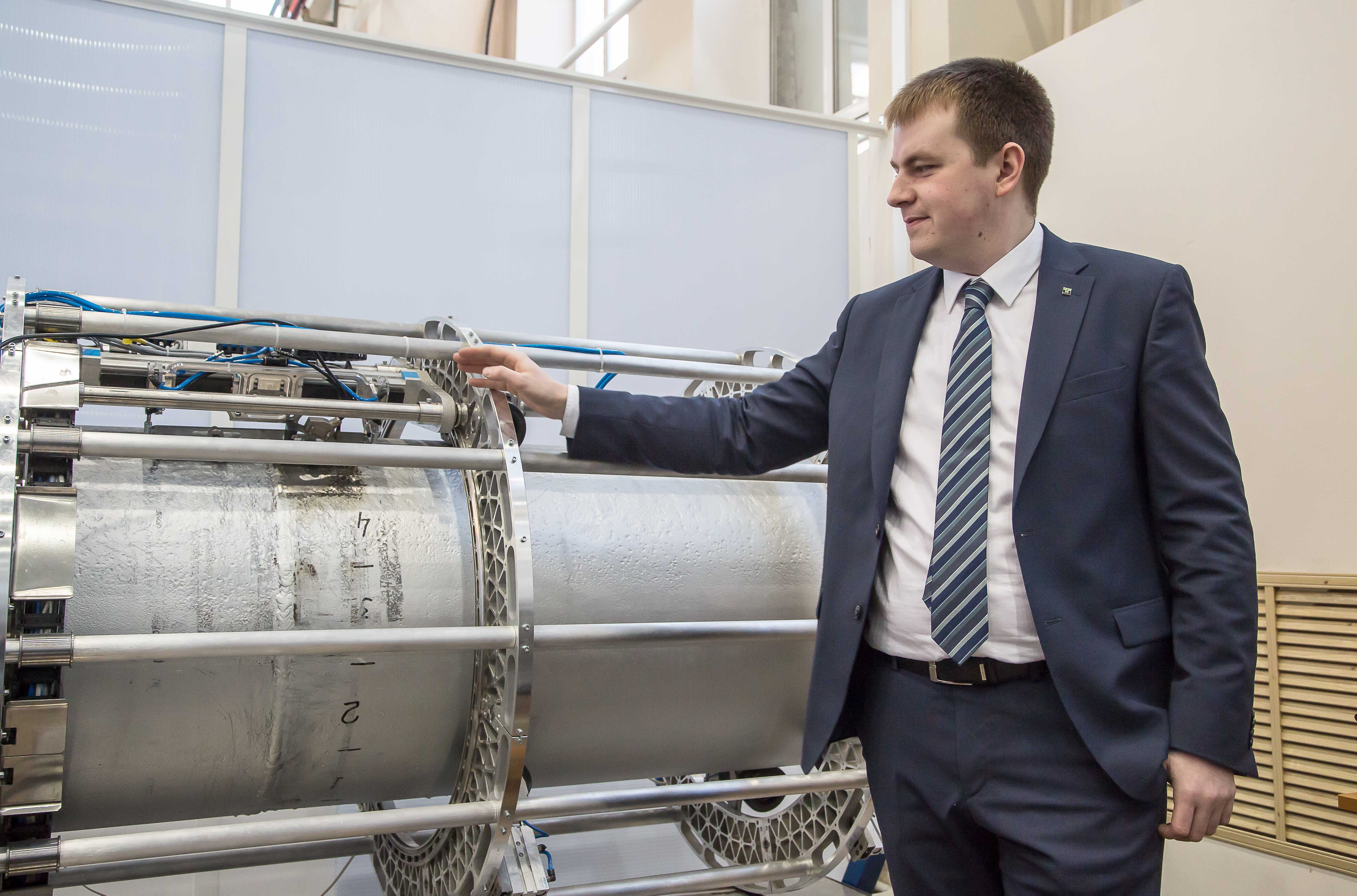 Photo: Dmitry Sednev, head of the Laboratory for Non-Destructive Testing

The Russian Academy of Sciences annually awards early-career scientists of Russia 19 medals for best scientific research. In addition, 19 medals are granted to Russian university students. The RAS medals competition is held in 19 nominations, including mathematics, general physics and astronomy, nuclear physics, general and technical chemistry, general biology, economics, and others. Scientific projects carried out by young scientists or students, as well as research teams, are eligible to submit for the competition.

Associate Professor Roman Volkov from the School of High Energy Physics received an award in the field of general physics and astronomy. He was awarded for a series of papers devoted to The Application of Panoramic Optical Diagnosis Methods for Multiphase Media in the Experimental Identification of the Thermophysical Parameters of High-Temperature Processes.

A series of papers devoted to Comprehensive Technology to Ensure the Safety of Containers with Nuclear Materials, Spent Nuclear Fuel, and Radioactive Wastes authored by Dmitry Sednev, head of the Laboratory for Non-Destructive Testing and Director of TPU School of Non-Destructive Testing was marked by the RAS medal. He proposed an original technology for monitoring containers with nuclear materials and fuel. TPU scientist uses weld seams as ‘fingerprints’ of steel containers. Each weld is unique, thereby proving the authenticity of the container and identifying any unauthorized access to nuclear materials. This study was backed by the RF President Program to support early-career scientists.

‘How are containers marked now? They are given a specific number, a bar code, and sealed. However, all this is created by humans and does not provide warranty of protection.

That is why we came up with properties of containers, in particular the structure of weld joints if it comes to widely used steels containers. If we have data about initial state of materials, we can always check whether it suffered any exposure, whether someone tried to open a seam, or whether it is a completely different container.

Through non-destructive testing, it is possible to identify the smallest defects in a seam and test its originality. Currently, the scientists are working to combine two approaches into one technology in order to fix two tasks during one session,’ explains Dmitry Sednev.

In the field of general and technical chemistry, a RAS medal was granted to Irena Dolganova, a researcher at the Division of TPU Chemical Engineering. She was marked for a series of papers devoted to Development of an Approach to Mathematical Modeling of Multicomponent Nonstationary Processes in the Coupled Equipment of Chemical-Technological Systems.

TPU master student Timofey Nikishkin received a RAS medal in the field of nuclear physics. His project was devoted to the development of a portable gamma-radiation detector prototype.