A team of chemists from Tomsk Polytechnic University discovered a mechanism of direct electrophilic amination and predicted the ways of its implementation. TPU scientists proved the most promising method for rapid and cost-effective production of aromatic amines. They are ones of the most sought-after organic synthesis products that are used in the manufacture of drugs, dyes, tires, and polymers. The study results were published in Chemistry Select. 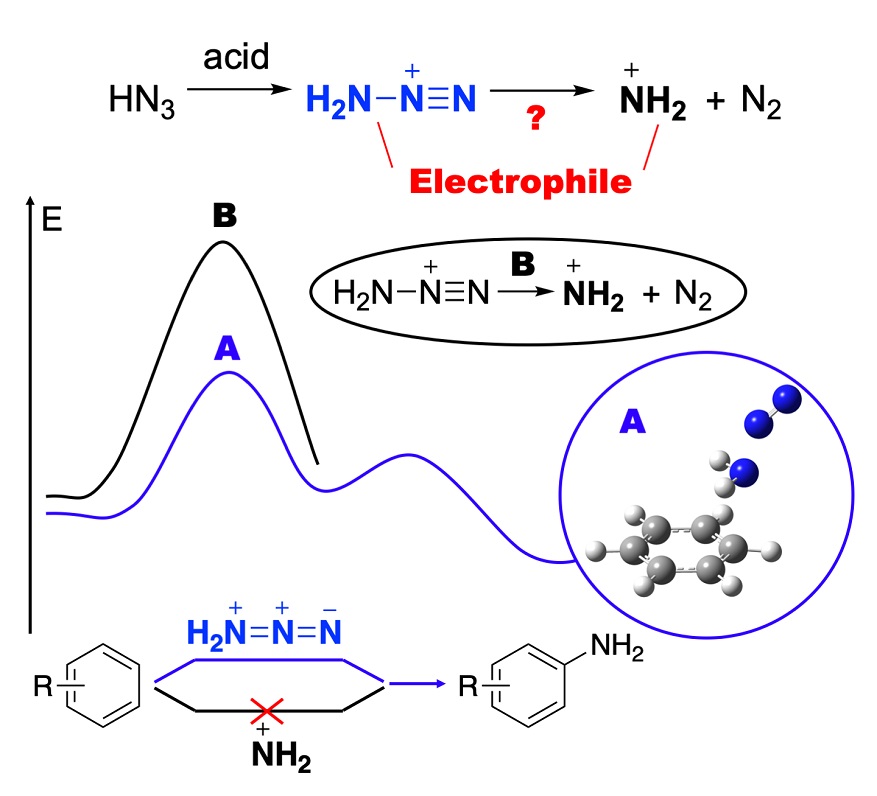 ‘All existing methods for the production of aromatic amines involve several steps that are a number of chemical reactions taking a lot of time and reagents. Therefore, the ‘holy grail’ of chemists has always been an electrophilic amination reaction i.e. the direct relation of the benzene nucleus and the amino group. This reaction allows you to get the production in one-step route.’

According to him, scientists from different countries are working in this area, including the Nobel Prize winner George Ola. Yet, nobody has achieved any results that could be widely applied in practice. In his opinion, one of the reasons for this is that the character of the reaction is understudied.

‘If chemists do not understand the mechanism of the reaction, they cannot foresee its results and choose a method and conditions for efficient production of the target products. Therefore, our task was to advance for the first time beyond hypotheses and prove the mechanism of electrophilic amination and to find conditions for effective implementation on its basis,’ emphasizes the professor. –

Over two years we have managed to describe all the elementary stages of chemical transformations that occur during amination by using modern methods of quantum chemistry. The most important was to find a key particle called an intermediate that ensures the formation of the desired product. In this reaction, it turned out to be an aminodiazonium salt.

We hope that our study will give impetus and ensure chemists the ways of realizing their long-term dream of the direct synthesis of aniline from benzene.’

TPU scientists proved theoretical calculations experimentally. Thanks to this, it became clear as to which starting materials can be used and under which conditions for the direct synthesis of aromatic amines.

‘It is important to note that in the course of the study we have developed an absolutely new quantum chemical method for visualization or monitoring of changes of atomic and molecular orbitals, the transformation of their forms and distribution in space during chemical reactions.

This method is universal and will be applied in both research and education of students,’ – notes Prof Filimonov.

The study was conducted by TPU PhD student Ksenia Stankevich and TPU undergraduate student Anastasia Lavrinenko under the supervision of Prof Viktor Filimonov, and research fellow Alexander Bondarev from Altai State University. Currently, Ksenia Stankevich works at the University of Montana (USA) as a winner of the Fulbright Program and continues the research. The project was supported by the Russian Foundation for Basic Research and the TPU VIU project.