A graduate student from China, Ju Yang Yang, conducts her research at Tomsk Polytechnic University. Her basic research on LED technology will allow improving the quality of LED products. On 11 June 2019, the young scientist defended her candidate of sciences dissertation in accordance with the new scheme. The defense was a success, the Dissertation Council made a decision to confer her a degree of Candidate of Physical and Mathematical Sciences. After the defense, the young researcher plans to return to China and continue her research in optical engineering. 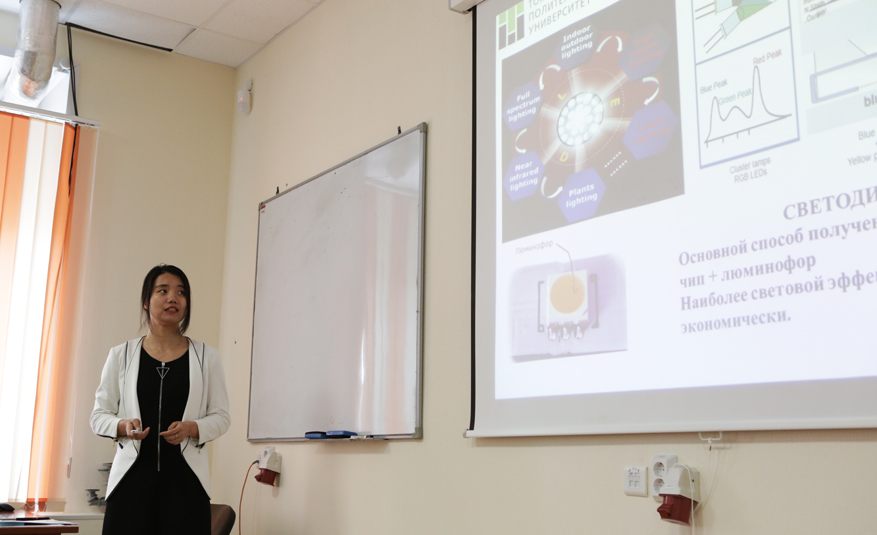 Tomsk Polytechnic University used its right to confer degrees of candidate and doctor of sciences independently. TPU early-career scientist, an assistant at Division for Power and Electrical Engineering Dmitri Nikitin became the first degree-seeker in the new attestation system. Before that, the Higher Attestation Commission solely had the authority to conduct attestation and confer degrees of candidate and doctor of sciences. Foreigners are also eligible to defend theses under this new scheme. Ju Yang Yang’s defense became first to run in line with new rules.

The student came to Tomsk Polytechnic University from Jilin University within the 2+2 undergraduate program. She received two diplomas: a Russian and a Chinese. On completion of the bachelor program, Ju Yang Yang stayed in Tomsk to pursue a master program. Then she began to conduct research in graduate school under the supervision of Prof Viktor Lisitsyn from TPU Division of Material Science.

‘I was aiming at fundamental knowledge. There is a high-class scientific school in the field of nanoelectronics and optical engineering at Tomsk Polytechnic University. I received the fundamental knowledge I needed. Now, I plan to return to China and continue research because there is a well-developed technological basis there.

I am confident that fundamental knowledge gained in Russia together with technical capabilities in China will be a key to successful research.’

In Tomsk, Ju Yang Yang studied heat losses in LEDs that affect the quality of their work. 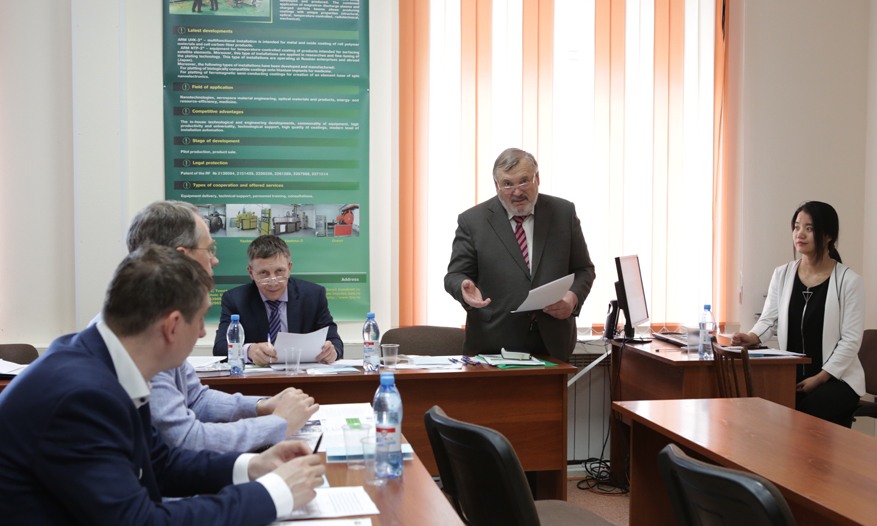 ‘A classic LED has the following design: at the bottom, there is a chip with LED crystals, on top - a luminophore which is substance able to convert the energy it absorbs into light radiation. During energy conversion, there are inevitable losses that are used to heat luminophores. The more the whole construction heats up the worse it shines and faster degrades. Heat losses occur both in chips and luminophores. In the total volume of heat losses, luminophores account about 20%. How does one accurately calculate heat losses in luminophores? They consist of powder which means we need to know losses in each luminophores particle. I have developed an algorithm to calculate losses and made an experimental stand in Tomsk,’ says Ju Yang Yang.

To improve the quality of LED work manufacturers need to reduce the heat losses. The algorithm developed by Ju Yang Yang will be helpful to accurately calculate these losses.

The defense was held at the TPU Dissertation Council Physics of Condensed Matter (physical and mathematical sciences, technical sciences).