One of Russia’s largest foundations, Russian Science Foundation (RSF) has announced winners under two programs: Conducting Initiative Research by Young Scientists and Conducting Initiative Research by Scientific Groups under the Guidance of Young Scientists within the President Program of Research Projects. A total of 16 projects of Tomsk Polytechnic University’s young scientists received financial support from the foundation. Admittedly, TPU is a leader in the total number of grants supported within the two programs in the Siberian Federal District and the Far East Federal District. The expected funding amounts to 132 million rubles. 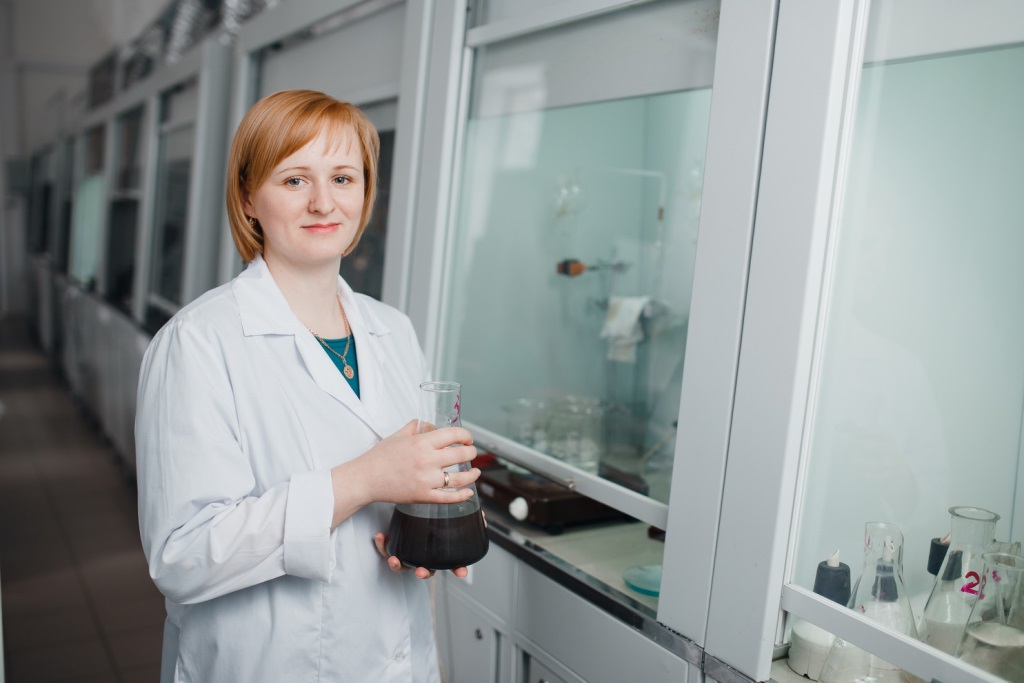 Photo: One of the grant winners Professor Elena Ivashkina

The first program was aimed to support PhD holders under the age of 33. Nine projects submitted by TPU researchers received support from the foundation, being the best result among Tomsk universities.

Irena Dolganova, a research fellow at the Division of Vice-Rector for Research and Innovations, will study the fundamentals of resource efficiency and mathematical models of alkylation and sulfonation in the manufacturing process of synthetic detergents.

Alexei Ruban, Assistant Professor from the Division of Geology of the School of Earth Sciences & Engineering, received support to develop the project entitled Mineralogical and Geochemical Specificity of Diagenesis in the Areas of Methane Emissions on the East Siberian Arctic Shelf.

Elena Gershelis, an assistant from the Division of Geology, will study the mechanisms of transport and conversion of ground organic carbon on the East Siberian Arctic Shelf.

Associate Professor Vladislav Lizunkov from the Division of Digital Technology of the Yurga Institute of Technology (TPU branch) received an RSF grant to implement the project entitled Adaptive Organizational and Pedagogical System of Additional Vocational Education for Staff in the Territories of Advanced Socio-Economic Development.

Arseniy Chulkov, a researcher from the Research School of High Energy Physics, will be involved in the development of the methodology and program algorithms for active thermal non-destructive testing of complex-shaped products out of composite materials using AI and robotic technology.

Roman Tabakaev, a researcher at Butakov Research Center, will implement the project entitled A Resource-Efficient Technology for Complex Processing of Biomass Based on Low-Temperature Polyfunctional Catalytic Conversion to Obtain Energy Products.

Head of the Organizational Office of the School of Computer Science & Robotics Alexander Pak will develop a novel non-vacuum method for producing ultra-fine tungsten carbide in the electric-discharge plasma.

The second program is related to the support of next-generation scientific leaders. The foundation allocated grants for young candidates of sciences and doctors of sciences under the age of 35. A grant can amount annually to up to 5 million rubles, its duration is three years with the possibility of extension on a competitive basis. According to RSC Press Office, the researchers should both propose an interesting idea and gather a young scientific team to ensure the implementation of the project as supervisors. The foundation received about 1,200 applications for this program.

TPU winners are Professor Elena Ivashkina from the Division of Chemical Engineering with the project Fundamentals of the Mathematical Model of Processes of Crude Oil Refining into High-Octane Gasoline and Diesel; Evgeniy Nikolaev, an engineer at Research Laboratory for Electronics, Semiconductors and Dielectrics with the project Identifying Change Patterns of Magnetic Phase Transformations in the Curie Temperature Region of Ferrite Materials; Alexander Timin, a research fellow at the Research School of Chemistry & Applied Biomedical Sciences  with the project Development of Approaches to the Creation of Targeted Radiopharmaceuticals Based on Polymer Nano- and Microcarriers with a Complex Composition.

The foundation also supported Professor Evgeniya Sheremet with the project SERS as in vivo Method for Monitoring Drugs and their Effects; Sergey Zenkin, a research fellow with the project Creating Scientific Foundations for Epitaxial Synthesis of Monocrystalline Diamond on the Surface of Transition Metals and their Alloys; Irina Miloychikova, an assistant at the Division for Nuclear-Fuel Cycle, with the project Development of a Method for Forming the Electron Beam Dose Distribution Using 3D-printed Plastic Products; and Viktor Kudiyarov, a senior teacher at the Division for Experimental Physics, with the project Development of Scientific and Technical Basis for Forming Chromium Coatings on Zirconium E110 Alloy, Including Welded Joints, for Making Emergency-Resistant Components of Nuclear Reactors.