Most powerful and mildest reagents obtained based on eco-friendly iodine

An international collaboration of chemists from Tomsk Polytechnic University, USA, Great Britain, Canada, Belgium, and France has developed a line of polyvalent iodine-based reagents for organic synthesis. This is an eco-friendly replacement of conventional reagents based on toxic compounds such as vanadium and nitrous oxide. The line includes both the most powerful reagent and the mildest one. They are promising for the synthesis of new polymers and in more extent for the pharmaceutical industry that uses reagents based on heavy metals in producing medications. As reported by the Press Office of the Ministry of Science and Higher Education of the Russian Federation, the latest results were published in the journal Chemical Communications of the Royal Society of Chemistry (IF 6.164; Q1). 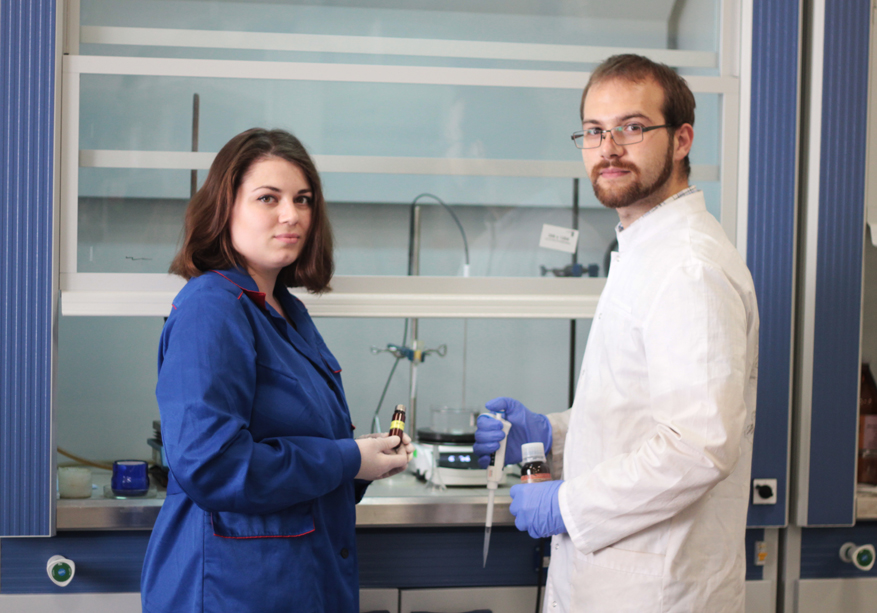 It is polyvalent iodine proposed by TPU scientists and their foreign colleagues that can replace toxic heavy and transition platinum metals in reagents. Compared to a normal state whereby iodine forms a bond with only one carbon atom in organic synthesis, in a polyvalent state it can form a bond with a few atoms, i.e. it becomes more active.

‘Chemical Communications published a whole series of articles authored by scientists of our collaboration. Moreover, they were featured as an independent entry on Chemistry World of the Royal Society of Chemistry.

To expand further prospects for applying reagents based on polyvalent iodine, we purposefully derived a whole line of reagents with different activity ranging from the mildest and selective to the most powerful ones. In our opinion, they have an unmatched advantage that they are non-toxic when taken separately, do not produce harmful by-products and allow the reaction to take place under very simple conditions. If synthesis with common reagents needs high temperature of about 350-500 ° C and therefore special conditions, polyvalent iodine makes it possible to work at room temperature.’

As a result, the most powerful reagent allows the synthesis, for example, of fluorinated alcohols. They are widely used to obtain biologically active compounds that are the basis for perfluorinated polymers. Previously they could only be synthesized with the use of agents based on toxic vanadium oxide and nitric oxide.

According to the authors, theoretically, it is possible to create an even more powerful reagent. The international collaboration will develop this direction as well.

‘The mildest reagent is suitable for oxidizing natural compounds such as complex organic compounds which are part of living bodies. The reagent does not damage initial compounds nor does it cause any side processes.

In addition, the entire reaction takes no more than 5 minutes at room temperature. This is a high rate for organic synthesis,’ notes Professor Mekhman Yusubov.