Experts discuss disposal of radioactive waste at the TPU workshop

The workshop was held under the first International Conference of International Association of GeoChemistry (IAGC) at TPU and dealt with various aspects of the disposal of radioactive waste. During the event, experts discussed both the development of this area as a whole and possible risks for the population and the environment. 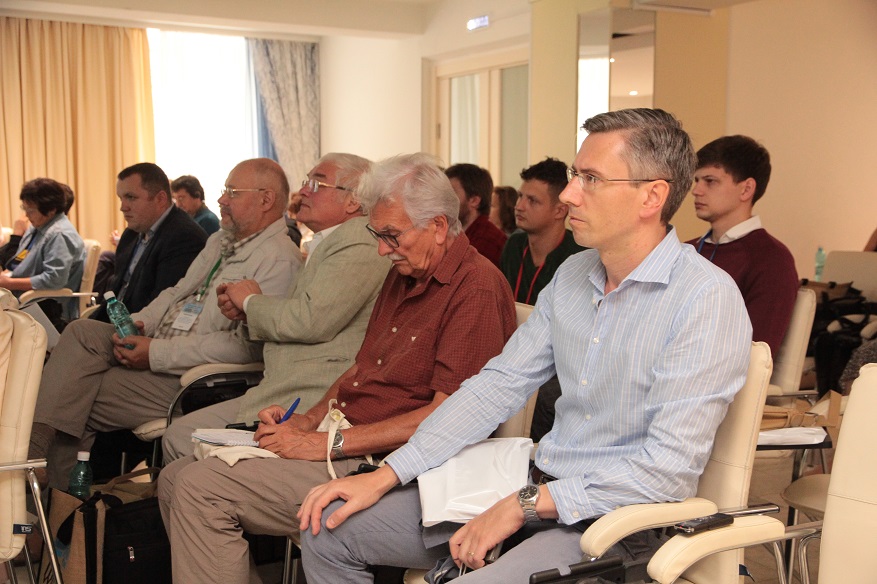 TPU hosts one of the major world symposia on water-rock interaction. It combined two significant scientific events. This is the 16th International Symposium on Water-Rock Interaction and the 13th International Symposium on Applied Isotope Geochemistry. Within a week, Russian and international scientists will present the results of promising research projects in geothermal energy, in the field of water quality, its impact on human health, and in other areas. The detailed program of the event is presented on the official site.

For the first time, the symposium program includes two workshops on geothermal energy and radioactive waste disposal. According to Thomas Kretzschmar, head of the IAGC Working Group on Water-Rock Interaction, radioactive waste materials are a long-term issue, requiring constant discussion.

"We all should work towards ensuring a safer and better future. We need to think of the ways to avoid pollution of air, groundwater and the rocks surrounding it. This is a long-term issue, so it is important to constantly remember about it and about the fact that this is an ongoing process",

As a part of the workshop, Nikita Medyantzev, Head of Office for PR and International Relations of the National Operator for Radioactive Waste Management (NORW), said that according to formerly valid standards, liquid radioactive waste used to be located at the deep well injection. A similar location has been on the territory of JSC Siberian Chemical Combine (SCC) in the Closed City of Seversk since 1963. However, last year, Russia announced its plans to move away from these solutions by the 2030s. 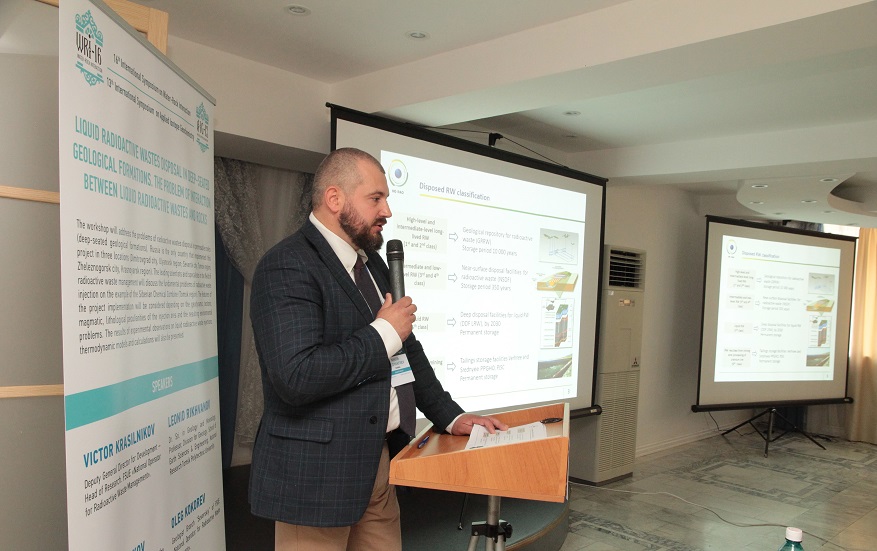 “At the moment, we are developing a program for closing down a disposal point for liquid radioactive waste in Seversk. We are facing a comprehensive engineering and radiation survey and several other measures that will enable to provide a framework for closing this location with subsequent monitoring and control of the radiation situation. Currently, the location continues to ensure the technological cycles of the SCC and the safe handling of liquid radioactive waste”, — said Nikita Medyantzev.

He also underlines that wastes transported to Seversk are tested at the SCC. Besides, the NORW takes samples and tests them at an accredited laboratory. Along with that, we conduct monitoring, including hydrochemical analysis of samples, hydrodynamic studies of wells, and other measures. We developed a regional mathematical model of the geological environment to assess the future impact of radioactive waste on the environment. 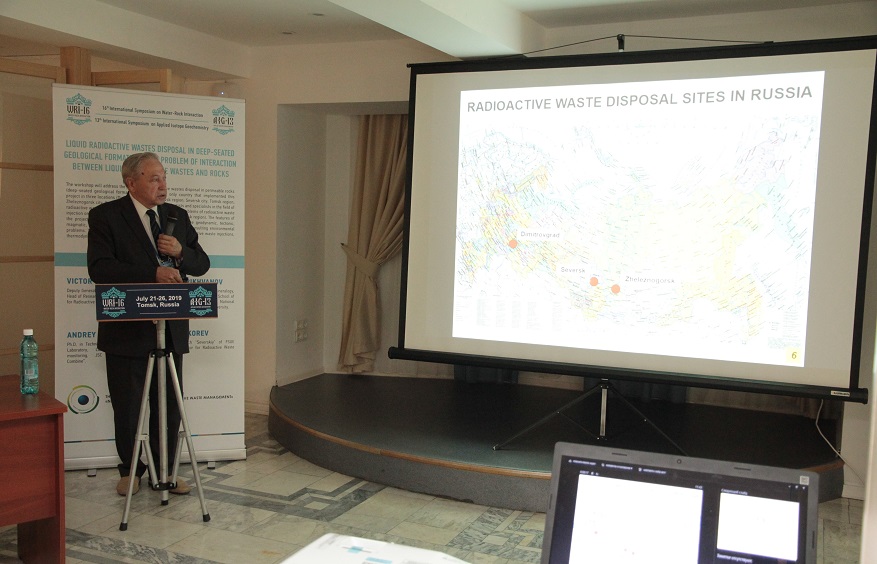 Leonid Rikhvanov, Professor of the TPU Division for Geology believes that it would be impossible to discuss the interaction of water and rocks in the Tomsk Oblast without holding an event dedicated to the disposal of radioactive waste. It is precisely because there is a large waste disposal site in the region.

"That is why the organizers of the symposium provided for such a workshop. It helps to receive information on the situation in our region, in general issues related to radioactive waste management, and allows discussing this problem and expressing our opinions. We should keep in mind that radioactive waste is generated at different stages of nuclear fuel cycle enterprises. Without solving the issue of handling them, the development of new technologies is simply impossible",

120 international researchers from USA, UK, Brazil, China, South Africa, France, Italy, Mexico, Spain, Portugal, Croatia, Israel, Iceland, Saudi Arabia, Japan, and other countries got together at TPU to take part in the event. The main program of the symposia is held at the University International Cultural Center.

Water-rock interaction is an interdisciplinary field combining research in geology, hydrogeology, and geochemistry. It allows us to figure out an important issue related to the ways the rocks affect the water and its chemical composition. In Russia, the mastermind of this trend was TPU  Professor Stepan Shvartsev. The symposia are broken into 13 scientific sections, where participants will present 175 papers. The section to honor the memory of Stepan Shvartsev has become the most popular in terms of the number of submitted papers.