Students from 20 countries enter TPU in 2019

International students from 20 countries of the world have already enrolled in Tomsk Polytechnic University within the 2019 admission campaign. Among them are representatives of Colombia, Saudi Arabia, and the Republic of Maldives. TPU Vice-Rector for Academic Affairs Alexander Vagner and Head of Admission Office Pavel Rvalov talked about the results of the campaign in an interview to RIA Tomsk. 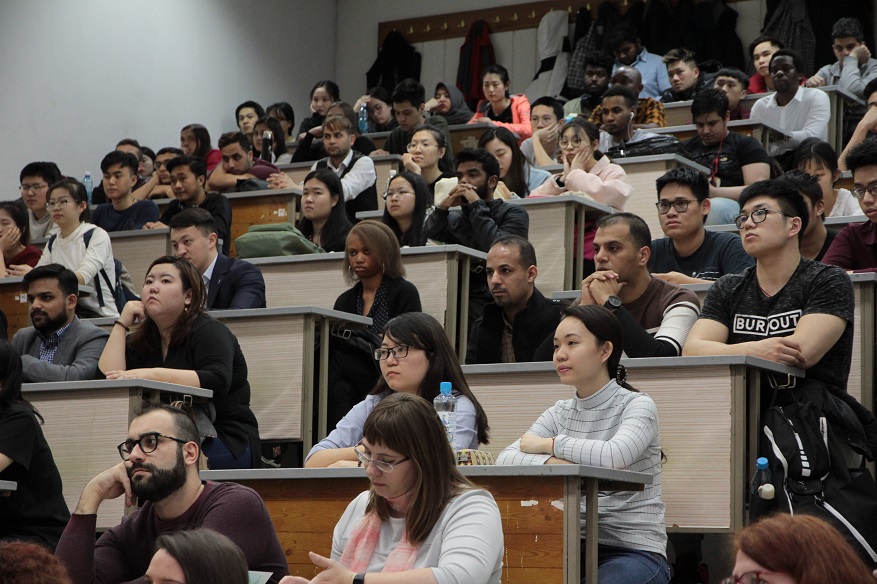 In total about 450 international students are expected to pursue undergraduate, graduate and postgraduate studies at the University.

‘Most of the students are Russians. The majority of international students are from Kazakhstan, followed by China, Uzbekistan, and African countries,’

The most popular are petroleum- and IT-related programs, as well as those associated with digital competencies.

The highest USE (the Unified State Examination to get a school leaver certificate and enter college or professional school in Russia) score was required to enter the top 6 most popular directions including Software Engineering, Biotechnology, Electronics and Automation of Physical Installations, Computer Science and Technology, Petroleum Engineering, and Applied Mathematics and Informatics.

TPU has already finalized the admission procedure for state-funded places for undergraduate studies. In 2019, in total, there are 1,368 state-funded bachelor and specialist places offered at TPU.

‘This year, TPU has enrolled for state-funded full-time studies 25 students more than in the previous year. Every year we request (from the Ministry of Science and Higher Education) even more state-funded places, since our University is growing and developing dynamically. The average USE score was 79.1,’ told Alexander Vagner.