‘A human mission to Mars is impossible without ion-beam technology’: German scientist at SMMIB conference

The 21st International Conference on Surface Modification of Materials by Ion Beams (SMMIB-2019) continues its work at Tomsk Polytechnic University. One of the speakers, Professor Wolfgang Enzinger from the Technical University of Darmstadt, explained why ion beam technology is our future. 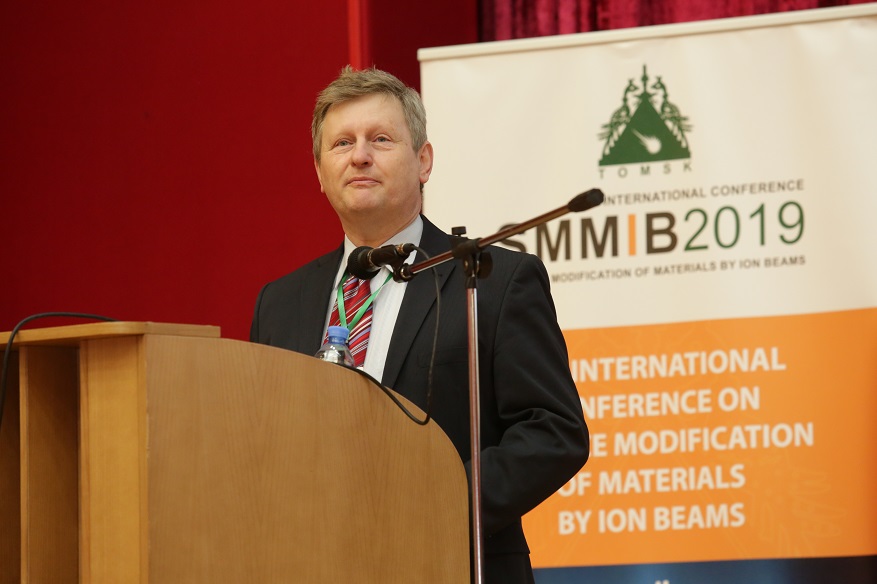 SMMIB is one of the most large-scale scientific events in this field. It has been held every two years for over 40 years. Tomsk Polytechnic University is the organizer of the event that takes place in Russia for the first time. The conference venue is at the Rubin Congress Center (16 Akademichesky Ave.).

‘Ion beam technology is a sophisticated complex with many different directions. This is a wide field, one of the brightest part of which is the surface modification of materials. If you choose the right treatment mode you can improve surface properties of materials including metals, polymers, and ceramics, and subsequently use them in industry.’

In fact, modification methods to advance surface properties is primarily used in the manufacturing industry: for example, for cutting tools such as drills, or for diagnostic medical devices and creation of biocompatible coatings. Ion beams are also used in analytical equipment. Thus, irradiating certain objects with ion beams you can get detailed information about their micro and nanostructure.

‘The irradiation with ion beams or neutrals is also very important. This enables to simulate a situation that occurs within a reactor. It can be a nuclear power plant with a damaged reactor or it can be walls for thermonuclear fusion that is now being actively studied.

These technologies are of great importance for the aerospace industry and space travel modeling. A flight to another planet is very long, during which cosmic rays and particles damage aircraft’s materials. Therefore, it is necessary to carefully study and predict the way they will behave under such conditions. Thus, a human mission to Mars is likely to fail without ion-beam technology. The same is true for the surface of satellites and space stations,’

‘In the last 40 years many things in science have changed. Initially, SMMIB was a more applied conference geared to improve the properties of materials that are generally treated with lower ion energies. Over time, this field of knowledge has expanded to irradiation of other materials and higher energies.

It is nice that experts in ion-beam technology eventually gathered in Russia, particularly in Tomsk and Tomsk Polytechnic University. TPU has a rich and long history of studies with beams and energies. It is an honor for outstanding scientists of the world to communicate with Tomsk colleagues. 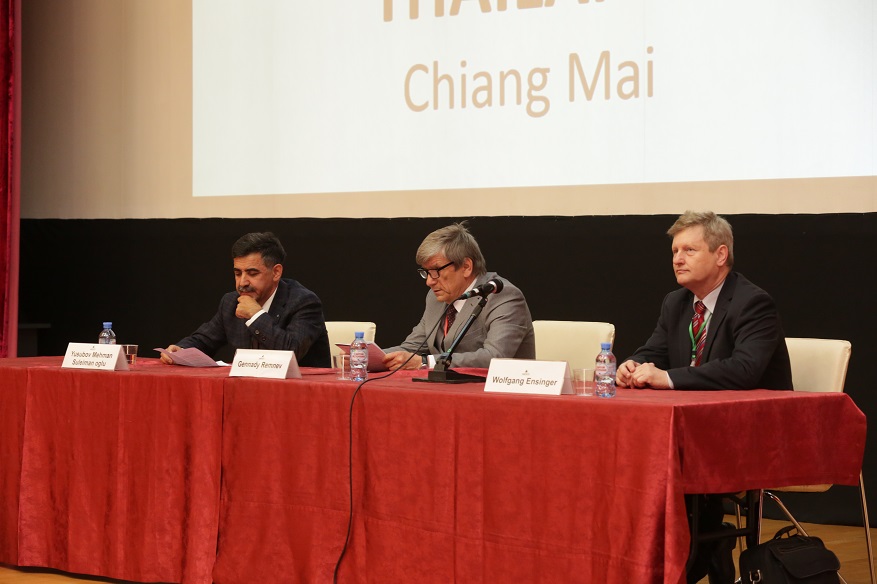 Back in the Soviet Union, scientists conducted serious research on this topic. At that time, they had no channels of interaction with the West. When this opportunity finally came up, scientific breakthroughs of Russia provoked special interest among foreign colleagues.

Currently, Russia, in particular, Tomsk, is on the list of world leaders in ion beam research along with the USA, Germany, France, Great Britain, China, and Japan,’

Professor Wolfgang Enzinger’s scientific interests include the interaction of ions and materials for a very wide range of applications: from bioengineering to energy.