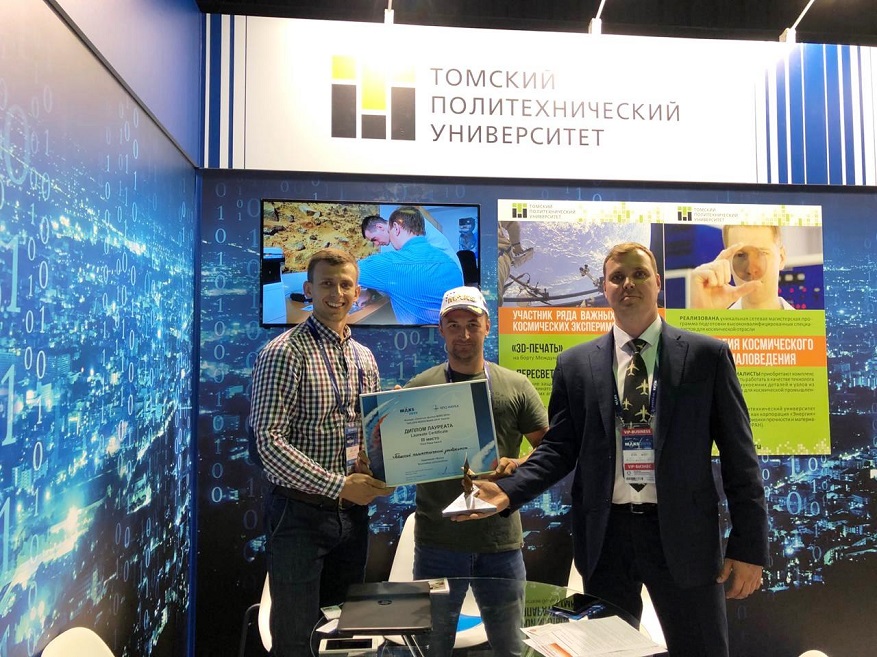 The TPU Weinberg Research Center has designed, created and put into production the unique vacuum units for State Space Corporation Roscosmos. They are used to manufacture aerospace elements and to carry out comprehensive tests to study the effects of space factors on the materials used in the production of space satellites.

In the framework of the long-lasting cooperation with AO Reshetnev Information Satellite Systems, Tomsk Polytechnic University designed, manufactured and supplied high-tech testing equipment. It is used for simulating conditions that are fully identical with the conditions of outer space. This is important for the production of GLONASS satellites.

Recently, there has been an increased interest in thermal imaging testing in the aviation industry with a view to testing composite materials at the stage of their manufacture and operation.

Scientists from Tomsk Polytechnic University have developed a thermal flaw detector for monitoring products made out of composite materials. Unlike their foreign analogs, TPU facility features unique software that makes it possible to process outputs and conduct thermal tomography.

Another TPU project Additive Technology and Equipment for Creation of Lightweight and Reliable Structures of Small Spacecrafts through Addictive Technology Methods focuses on the development of 3Dprinting technology to produce nanosatellites bodies out of modern polymer composite that can withstand mechanical, temperature, and radiation loads in outer space. 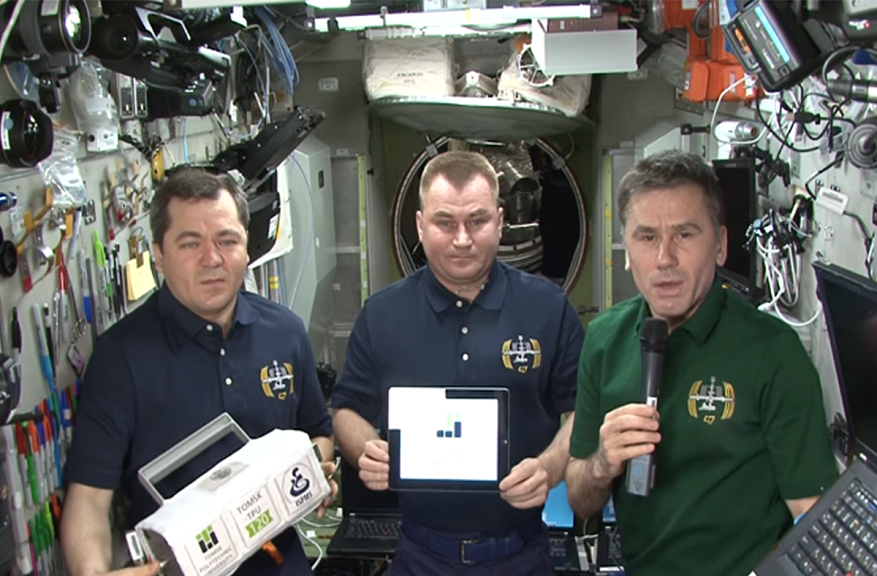 Photo: TPU nanosatellite at the ISS

The project implies the design of optimal satellite geometry, the internal structure of the device, the selection and preparation of composite material for 3Dprinting devices out of composite polymers with continuous reinforcement as well as the 3Dprinting process as such.

TPU technology is the first step towards creating a swarm of controlled nanosatellites capable of performing a wide range of tasks in Earth orbit.

Under this direction, for the first time, the Tomsk-TPU-120 satellite was 3Dprinted and launched into outer space from the International Space Station.