Scientists develop a concept of a hybrid thorium reactor 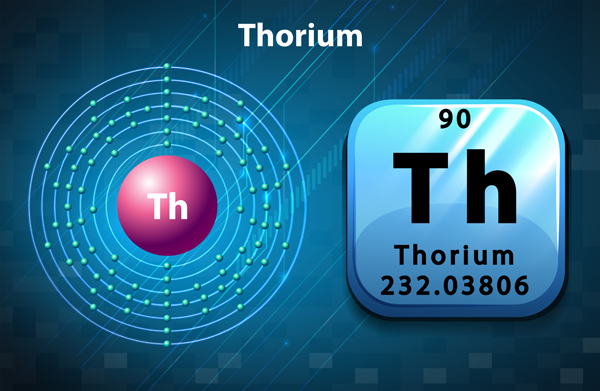 “At the initial stage, we get relatively cold plasma using special plasma guns. We retain its amount by deuterium gas injection. The injected neutral beams with particle energy of 100 keV into this plasma generate the high-energy deuterium and tritium ions and maintain the required temperature. Colliding with each other, deuterium and tritium ions are combined into a helium nucleus so the high-energy neutrons are released. These neutrons can freely pass through the walls of the vacuum chamber, where the plasma is held by a magnetic field, and entering the area with nuclear fuel. After slowing down, they support the fission of heavy nuclei, which serves as the main source of energy released in the hybrid reactor, " – says professor Andrei Arzhannikov, a chief researcher of Budker Institute of Nuclear Physics of SB RAS.

The main advantage of a hybrid nuclear fusion reactor is the simultaneous use of the fission reaction of heavy nuclei and synthesis of light ones. It provides minimizing the disadvantages of applying these nuclear reactions separately.

Also, this type of reactors has lower requirements for plasma quality and make it possible to replace up to 95% of fissile uranium with thorium, which ensures the impossibility of an uncontrollable nuclear reaction. Moreover, hybrid reactors are relatively compact, have high power, and produce a small amount of radioactive waste.

“The hybrid reactor consists of two elements. The main part is the energy-generating blanket as the active zone of a nuclear reactor. It distributes nuclear fissile material that is part of nuclear fuel. Due to this, a fission chain reaction of heavy nuclei is possible. The second part is placed inside the blanket to generate neutrons that fall into the energy-generating blanket. The thermonuclear fusion reactions are generated inside this part filled with deterium plasma, releasing the neutrons. A feature of the hybrid reactor is that the operating blanket, where the fission reactions take place, is in the subcritical state (near-critical).

Operating at a constant power level, a conventional reactor is in a critical condition, supported by a control and safety system, ” says Igor Shamanin, the head of the TPU Division of Natural Sciences and the TPU Isotope Analysis and Technology Laboratory. 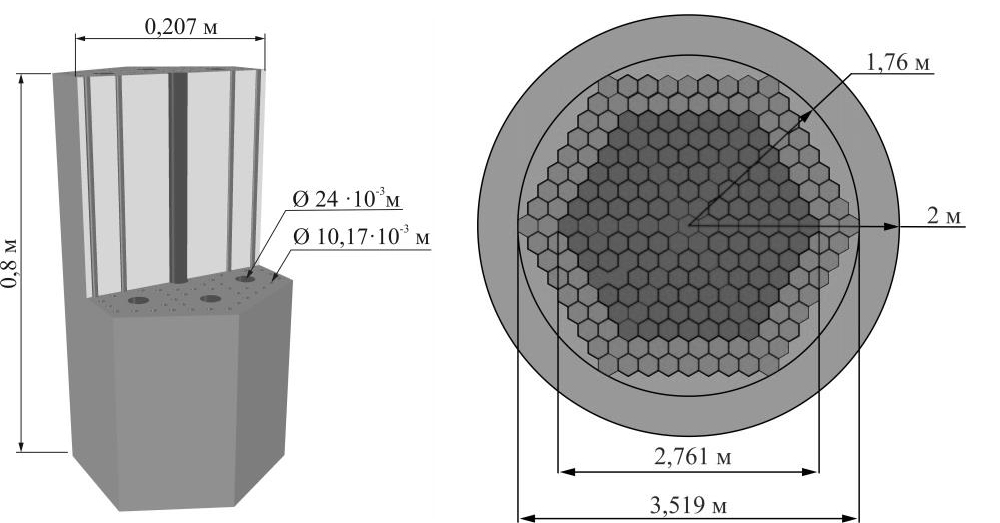 Photo: fuel block and a cross-section of the thorium reactor core

According to Dr. Shamanin, the blanket was based on a concept of a multi-purpose high-temperature gas-cooled low-power reactor fueled by thorium. This concept was developed at Tomsk Polytechnic University and now it is widely represented in various scientific publications.

"Projects of this scale are possible to be implemented within the research groups, which join the university, academic, and sectoral science. Such cooperation provides a synergistic effect and significantly shortens the path from a concept to implementation of the project,"

Currently, the project participants are considering the option to develop an experimental stand based on the TPU reactor, which will consist of a thorium fuel assembly and a neutron source.

The results of recent studies on this project are published in the journal Plasma and Fusion Research.