These days, scientists of Tomsk Polytechnic University and some other Russian universities and research centers are participating in the Eastern Arctic expedition. Recently, they have recorded a vast methane emission in the area of the East Siberian Sea. 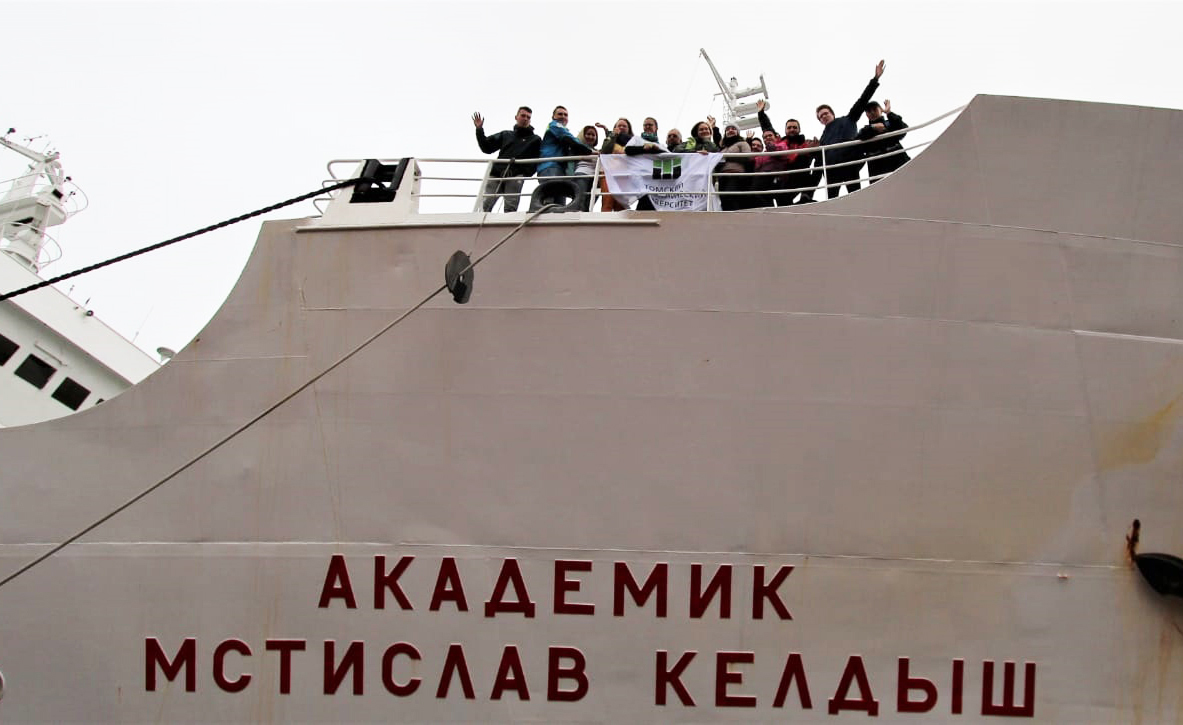 The expedition aims to identify biogeochemical and environmental impact of permafrost melting. Sergey Nikiforov, a journalist and chief expert of the Vice-Rector Division for External Affairs, joined the expedition to share the latest news and results.

Using advanced equipment, the scientists examined the water area and the bottom around Bennett Island, the westernmost of the De Long Island group in the East Siberian Sea. The team conducted seismoacoustic profiling to study the structure of the sedimentary stratum, electrical exploration for recording permafrost, took seawater samples, bottom sediments and suspensions from different horizons. They were also involved in other types of hydrological, gas-geochemical, hydrochemical and hydrobiological studies.

Then the ship sailed even further east, to 160 degrees east longitude, to the area of the East Siberian Sea. Previously, the researchers had discovered gas fountains there via geophysical methods. These fountains usually signify underwater permafrost degradation and methane emissions.

Seismic-and-acoustic operators recorded a powerful fountain. However, to record this phenomenon with equipment is one thing and to see the methane emission to the water surface with your own eyes is completely another. Regardless of equipment accuracy, showing the coordinates of a gas fountain, it is extremely difficult to find it in the sea. It is like looking for a needle in a haystack. Nevertheless, the expedition succeeded! Near the vessel, they managed to find a spot of emerald color against the background of dark water. Approaching it, the researchers were able to observe how gas rises from the black depths of the sea to the surface with thousands of bubble,” Sergey Nikiforov says.

The researchers took water samples from several horizons and sampling of bottom sediments within the area of the discovered fountain, which was four to five square meters. Moreover, the scientists did not need special plastic cones that had been prepared to collect methane. They could scoop up water with methane bubbles with simple buckets. Along with this, the team managed to pump compressed gas into several tanks directly from the fountain body.

“This is the most powerful fountain I've ever seen. It results from an increase in methane concentration in the air up to 16 ppm, which is 9 times more than the average planetary indicators. No one has ever registered this before!”

He also underlines that it is the first time he has seen such a powerful fountain for his 45 Arctic expeditions.

The next day a fountain of approximately the same power was detected in another part of the expedition area. The team conducted a comprehensive examination of this phenomenon, including underwater photography. Almost all the expedition members made photos of a gas fountain on board the ship by their cameras and smartphones.

“For three days, we collected unique scientific materials in this expedition area, in the East Siberian Sea. However, the expedition came only to its middle. Further, the team will study megafountain of the Laptev Sea, new experiments, painstaking collection of data and samples. TPU researchers and students continue studies of the Arctic seas”, Sergey Nikiforov says.