Scientists of Tomsk Polytechnic University study reaction properties of verdazyl radicals, which can expand scientific knowledge into the field of organic chemistry and help to obtain new materials. The first results are related to control of the target compounds structures through chemical transformations and following obtaining various properties of the molecules by combining structural blocks. The possible application areas are quite extensive from energy accumulation and the production of the polymers to designing elements for a quantum computer. The results of the study are published in the New Journal of Chemistry (IF: 3,069; Q1). 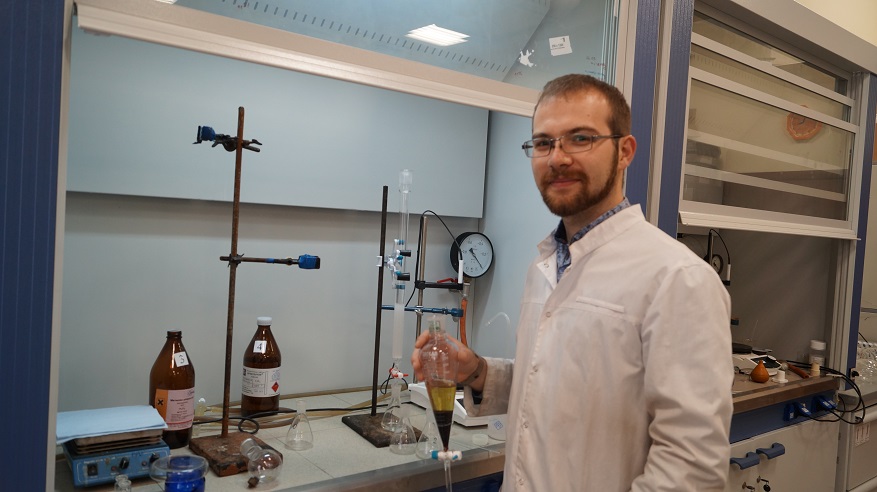 Verdazyl radicals are stable molecules that are part of a variety of organic substances. You can literally sense, touch, and see them. More importantly, they can be applied for a variety of purposes since their properties differ from other classical organic molecules. Under certain conditions, these radicals have characteristics allowing them to solve unconventional problems in modern science and technology. For example, according to a concept, compounds based on stable radicals can be used for creating logical elements for a quantum computer.

The studies have demonstrated that we can combine radicals of various types in one molecule almost freely through a single reaction. In other words, they learned to control the structure of target compounds over a wide range. Combining the radical blocks like a puzzle, scientists found that these compounds acquire different properties. In the first instance, they combine the different properties of both radicals, in the second - they are complementary, and in the third - they are mutually exclusive.

“The results that we obtain during our research often contradict the existing concepts of organic chemistry in this field. The obtained properties and reactions often challenge what we knew before. Thereby, we had to prove already existed knowledge in practice”, Pavel Petunin, an engineer at the TPU Research School of Chemistry & Applied Biomedical Sciences, says.

The results, obtained at the first stage of the studies, have already been transformed into independent projects. For instance, a project on energy storage is conducted jointly with the Catholic University of Louvain (Belgium), a project on the production of polymers using radicals jointly with the University of Aix-Marseille (France), and a project on the magnetic properties of radicals with the Max Planck Institute of Polymers (Germany). Scientists of Novosibirsk State University and the Novosibirsk Institute of Organic Chemistry SB RAS also participate in the studies. “For now we have developed several approaches for creating complex molecules based on stable radicals. We started putting forward our theories and preparing articles for publication in scientific journals” - Pavel Petunin says.

The study main goal is to accumulate knowledge about the chemical properties of stable radicals and to create unique matter, which will have practical applications in future.

The studies are conducted under the grants of the TPU Competitiveness Enhancement Program and the State Task “Science”.

Pavel Petunin was one of the first to defend his PhD thesis under a new system of state certification. Previously only the Ministry of Science and Higher Education of the Russian Federation could award doctor and candidate degrees. Later, this right was given to another 19 universities, including the Tomsk Polytechnic. Recently, TPU has awarded the first diplomas.