In September, Prof. Pavel Strizhak and Associate Prof. Roman Volkov of the University Research School of High Energy Physics conducted a series of experiments at the University of Nantes (France). They studied physical and chemical processes that occur during the warm-up before the micro-explosive breakup of biofuel droplets with a complex component composition. During the studies, they applied optical 2ColorLIF methods and Laser-Induced Phosphorescence. French scientists are working on this type of fuel. Micro-explosive dispersion is one of possible ways to break up fuel droplets before ignition. This approach can significantly reduce the warm-up time before ignition, increase the effectiveness of fuel burnout, and reduce anthropogenic emissions. The French colleagues became interested in the experience of TPU scientists in this area and therefore invited them to conduct joint experiments. 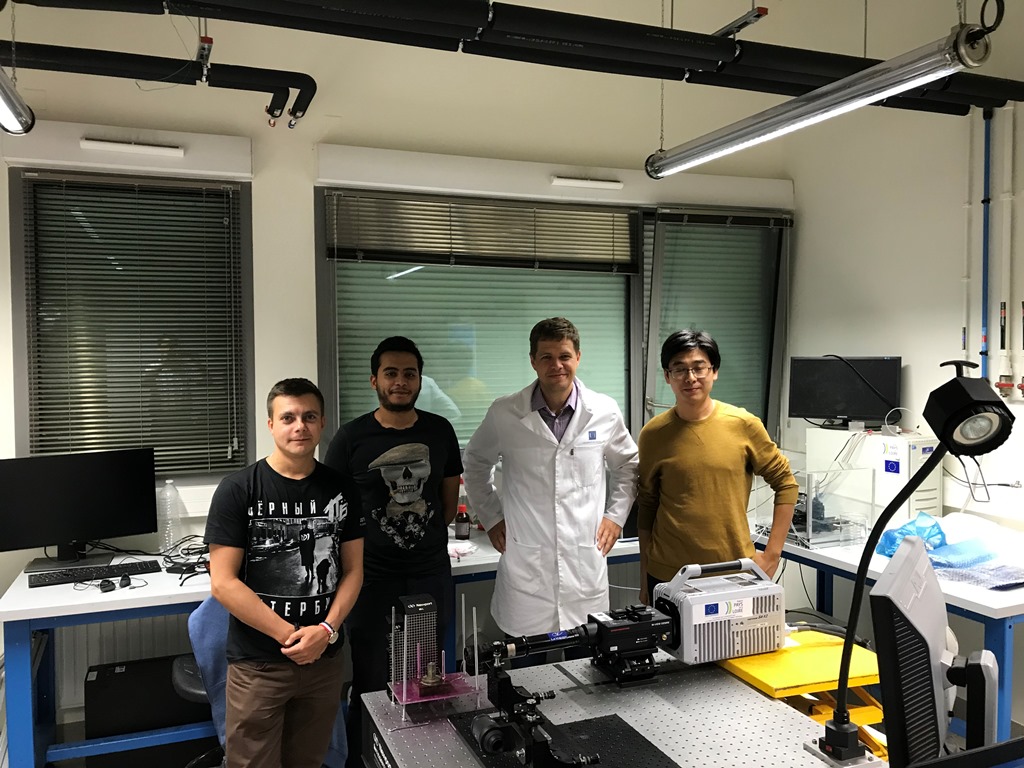 Photo: TPU scientists in the laboratory of the University of Nantes

Pavel Stryzhak's research team has been engaged in research on the application of composite water-coal and emulsified fuels in the power generating industry for many years. These types of fuel can be produced, for instance, from coal processing and oil refining wastes, plant components, and solid household wastes. The researchers are developing new component compositions and effective approaches of their ignition. The initiation of composite fuel combustion is one of the main issues in the energy sector since such fuel contains water which significantly increases the inertia of combustion initiation. TPU has developed several techniques to intensify these processes. In particular, the researchers propose to break up fuel droplets through the micro-explosive dispersion effects.

In turn, the researchers of the University of Nantes are working with biofuels. Also, they are looking for optimal compositions, the most effective ignition techniques and modes. Water-coal fuel from wastes and biofuel emulsions with addition of plant components is usually classified as alternative fuel.

“We met with scientists from the University of Nantes at the Burn Symposium almost three years ago. Last year, we received an invitation to deliver lectures and reports at a scientific seminar they organized in the Laboratory for Thermodynamics at their university. After delivering a lecture and discussing results of our research in their laboratory, we established strong partnership. This year, they invited us for two weeks in the laboratory for joint experimental research. The French University allocates funds to invite international researchers, from five to eight specialists a year. We are lucky to be among them this year.

As is the case with our fuels, the French researches are interested in microexplosive breakup as a method for the secondary divide of fuel droplets. It can considerably increase the burning rate and the efficiency of fuel burnout which effects the reduction of air emissions.

At the same time, it has long been specified that the implementation costs of this method do not exceed 1% of the energy received during fuel combustion,” Prof. Pavel Strizhak says. The colleagues are interested in our developments in the field of micro-explosive breakup since we have solid experience in this area. Besides, they have excellent registration equipment and specialized dyes for optical registration we are interested in. Particularly, they apply the 2ColorLIF method, and we use Laser-Induced Phosphorescence to determine the critical conditions for the breakup of droplets while heating. Our cooperation continued for two and a half years. We exchange data and have several joint publications in international magazines like Fuel, International Communications in Heat and Mass Transfer, Energies. Currently, we have a chance to conduct joint experiments that will help in the solution of the issue. I hope that we will be able to arrange their arrival at TPU for experiments. " 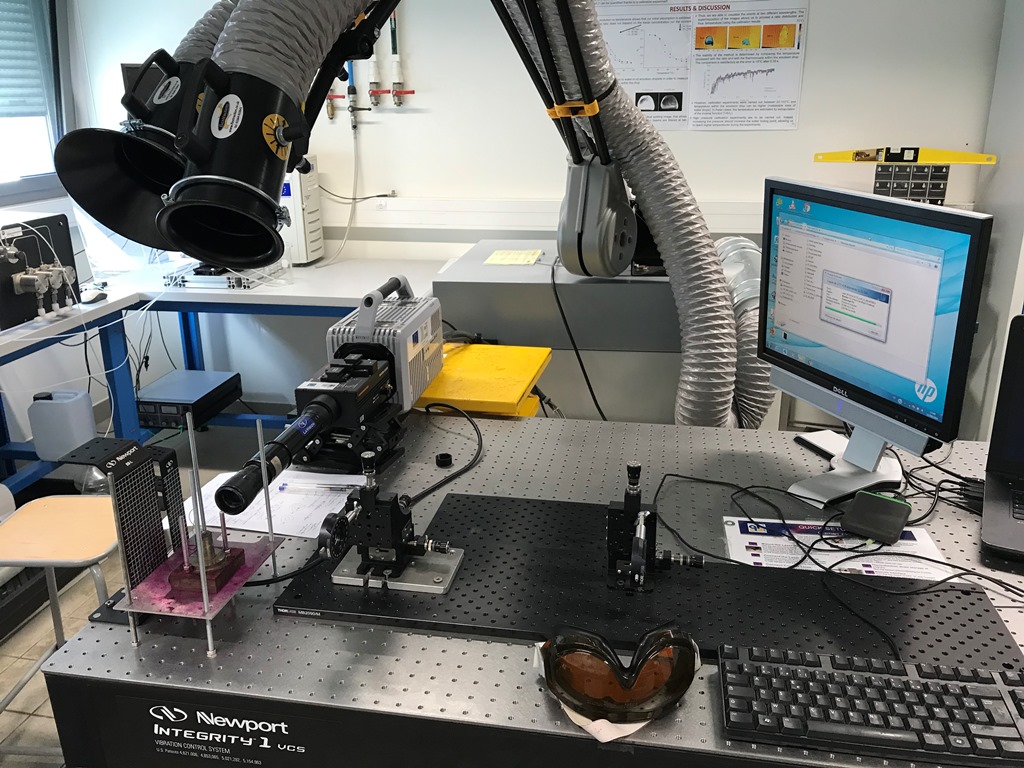 For two weeks, Tomsk scientists conducted experiments with biofuel emulsions produced by the French colleagues. As a result, they managed to determine modes which enable to reach maximum surface area of fuel evaporation and burning. Thus, they found the conditions to provide the significant increase the heat release rate under fuel combustion.

“Drops of fuel are broken up by micro-explosion forming a cloud of smaller drops. The sizes of the latter ones are several times and sometimes by an order smaller (depending on viscosity, density and surface tension of fuel) than the initial drops. We found the modes to form an aerosol cloud with the minimum droplet size and, as a result with the maximum liquid surface area. This approach provides the increased capacity of the installation, where the fuel is burned. The main application areas are energy and vehicle engines, ” Pavel Strizhak explains.

Both research teams jointly prepared and sent a grant application, which is jointly held by the Russian Foundation for Basic Research and the French National Center for Scientific Research, to support further joint studies.