TPU summarizes the results of a large-scale survey of teachers, students, executive representatives and academic departments, as well as employers from Russian regions and Kazakh cities. About 800 people have already participated in the survey, which aimed at making a list of the necessary competencies for modern engineering teachers 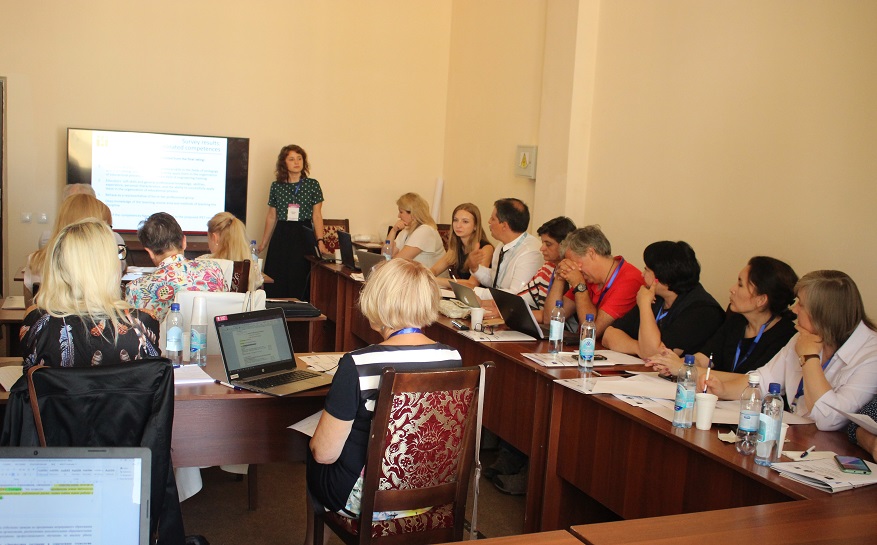 Photo: presentation of the survey results to project participants

TPU summarizes the results of a large-scale survey of teachers, students, executive representatives and academic departments, as well as employers from Russian regions and Kazakh cities. About 800 people have already participated in the survey, which aimed at making a list of the necessary competencies for modern engineering teachers.

In 2018, one of the grant applications of the Tomsk Polytechnic University became the winner of the Erasmus +program. The project EngineeriNg educaTors pEdagogical tRaining / ENTER was selected by the European Commission for Grants. The project coordinator is the Polytechnic Institute of Porto (Portugal). The consortium includes 13 large educational organizations from Russia, Kazakhstan, Portugal, Slovakia, and Estonia. The project goal is to develop unique international continuing education programs for engineering teachers.

According to Olga Ponomareva, Associate Prof. at Center for Organization and Technologies of Higher Professional Education and a member of the project working group and Maria Chervach, an assistant at the same center, the survey was conducted from late June to early July. Teachers of Russian and Kazakh universities were especially active.

“As of the 20th of September, we received 772 responses, most of them are survey forms of teachers. At a working project meeting held in Almaty, we decided to extend the questionnaire until November 1. We will place special emphasis on employers, students, and government representatives, ”

— says Olga Ponomareva, clarifying that the survey can be completed online.

Representatives of Tomsk, Belgorod, Tyumen, Rostov-on-Don, Tambov, Kirov, Moscow, St. Petersburg, Kazan, the Far East, as well as Alma-Ata, Karaganda, and Nur-Sultan attended in the survey. The team has already analyzed the received answers, taking into account two main areas: competencies teachers should have and disciplines that should be included in the ongoing training program. 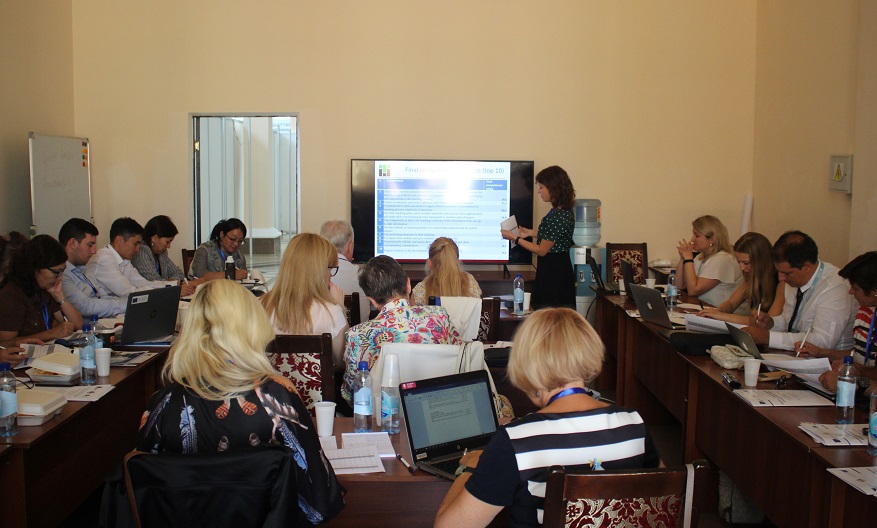 “As a result, we compiled a competency rating including about 40 units. Then, at a meeting with partners, we identified employers as the most important stakeholders of the project. Based on that, we once again revised the competency rating and compiled the final top list.

The ability to structure the educational process, to choose appropriate strategies and approaches headed the list. Then, the ability to form adequate and positive educational environments for students took the second place, communication skills, the art of presentation and improvisation were considered as the third important followed by the ability to set clear educational goals. The ability to use various information flows in educational activities hit the fifth place.  ” Maria Chervach says.

Besides, the team made up the top disciplines that should be included in the continuing education program.

“According to the respondents, among the leaders are engineering pedagogy, modern educational technologies, project- and practice-oriented training, digitalization of the educational process and information technology in education, professional English in teaching engineering subjects, and presentation skills” Olga Ponomoreva says.