TPU researchers got familiar with the Smart City technologies at leading universities in Italy as a part of a project business meeting. The TPU large-scale research project deals with the study of the most effective European Smart City technologies and their further application in the Tomsk Region to improve the quality of life and involve residents in the development of the urban environment. Tomsk Polytechnic University implements the project with the support of the European Union program Erasmus + Jean Monnet. The project coordinator is Associate Prof. Natalia Goncharova, the TPU Division for Social Sciences and Humanities. 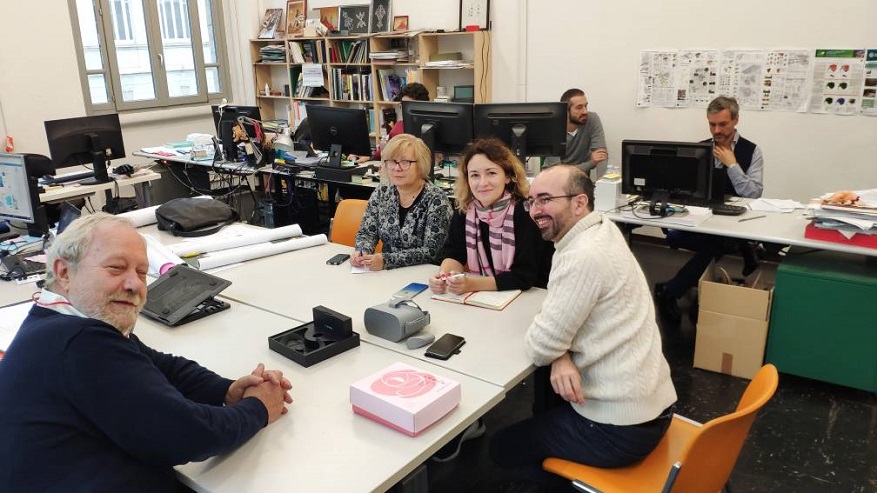 The partners from Laboratorio di Simulazione Urbana Fausto Curti, Polytechnic University of Milan shared their experience in using virtual reality (VR) and presented the results of the current EU project CLEVER Cities. Gabriele Stancato and his colleagues are actively implementing VR for collaborative design of public spaces, at the pre-design stage as during the reconstruction of squares or streets, and then, when people choose services needed in this territory. A researcher Israa Mahmoud presented another project. As a part of CLEVER Cities, researchers have developed a guide for co-creation of Nature-based solutions. Besides, scientists of the Polytechnic University of Milan developed a smartphone application available for all city residents. 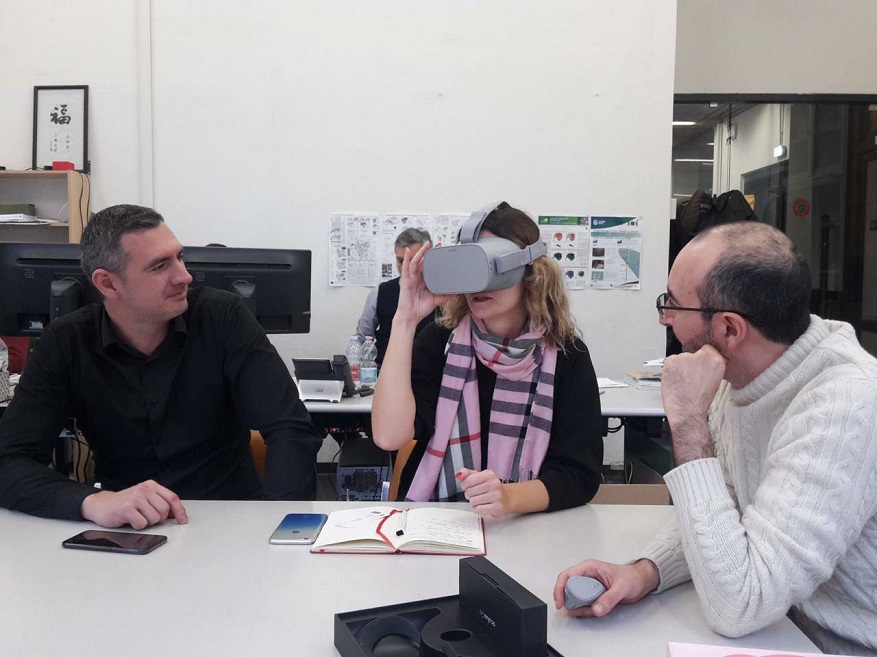 “VR is used to receive feedback, highlight the level of emotional perception of projects among residents so that they can see what is planned. This encourages the participation in the transformation of their native city and creates a certain level of trust in the authorities. ” Natalia Goncharova says.

According to Prof. Nataliia Kolodii the Division for Social Sciences and Humanities, Italian scientists pay particular attention to post-project studies.“The authorities find it important to assess whether the expectations of the residents coincided with what was planned and the effectiveness of this co-design and cooperation on joint renovation and modernization of some public programs. The use of augmented and virtual reality is not expensive and well reveals the attitudes of people and the potential for their participation”, Nataliia Kolodii says. 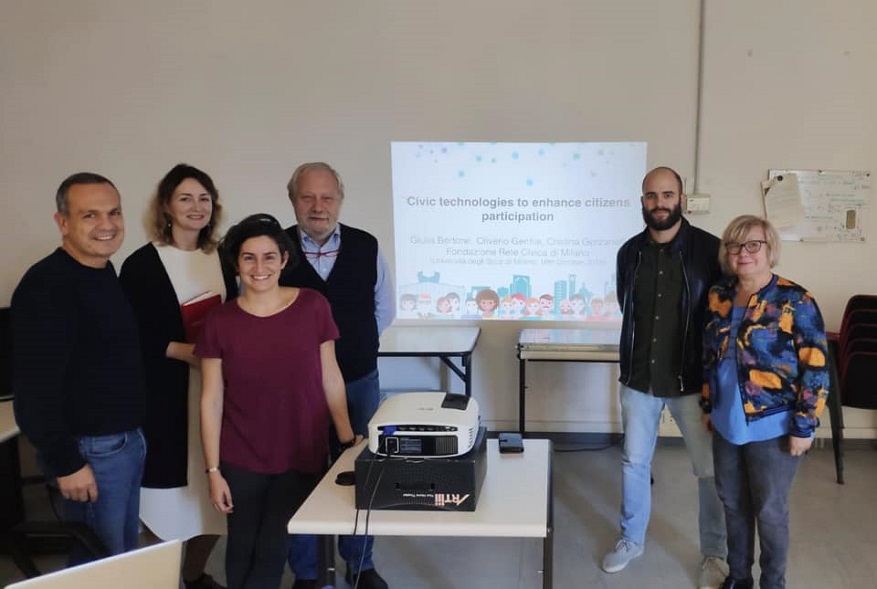 Cristina Gorzanelli, an expert in communication and collaborative design, and her colleagues presented a range of tools to engage citizens in the city transformation as part of the workshop Civic Technologies to Enhance Citizens Participation, held at the University of Milan.

“Among the presented developments, the most significant is ParticipaMi, a platform for resident engagement in the city development. It is supported due to crowdfunding and donations and is not used for advertising. It is considered independent and thereby people trust it. More than 6,500 residents use it” Prof. Rodolfo Baggio the Division of Social Sciences and Humanities and the University of Bocconi (Italy) says. He was at the origins of the first Civil Network in Milan and was the platform moderator.

“We were also told about such tools for the engagement of the city residents in urban designing and planning as brainstorming, a public thematic GIS map, video galleries on famous historical sites, digital projects for school students, public consultations, separate Internet resources for a certain purpose.

Everything is aimed at the discussion with residents of new projects at every stage, from coming up with an idea up to its implementation. On the one hand, it enables people to acquire some digital skills, and on the other hand, create their own web content” Natalia Goncharova says. 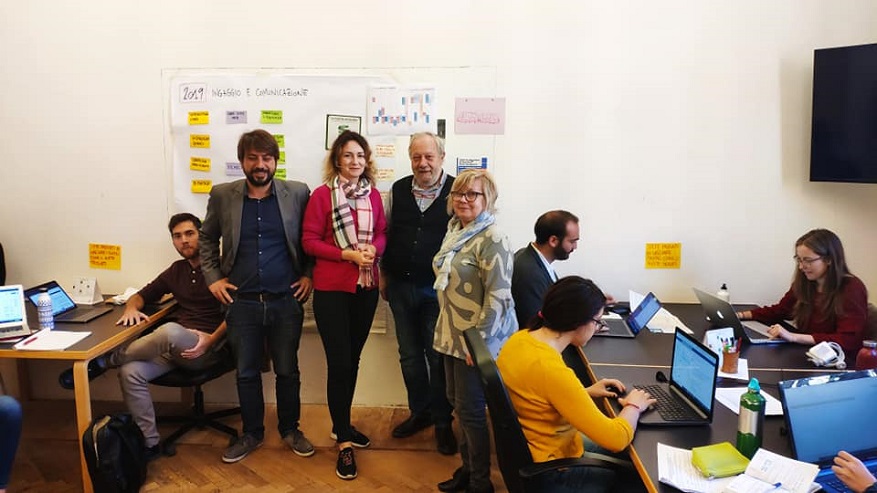 Collaboratively with local authorities, a wide range of methods and new formats of communication with citizens were presented at Fondazione Innovazione Urbana founded by the municipality and the University of Bologna.

“This laboratory is a kind of progressive innovative platform. The city is a hub and those models of new urbanism, being developed and applied in Bologna, are disseminated all-round the Italian cities. Everything is focused on joint decision-making. Public places are used for meetings, each district has its own community manager, who maintains contacts with the city community. There is such a mechanism of interaction with residents as the conclusion of agreements. The community received the right to transform the public space on its own, but the municipality monitors this, providing consulting and technical assistance. A team is assembled for the project and an information campaign is tailored to different target audiences. According to Michele d'Alena, Coordinator of Civic Imagination Group, it is particularly important to rely on symmetrical interaction, mutual training of authorities and citizens, then the trust in government actions becomes the foundation of new urbanism. ” 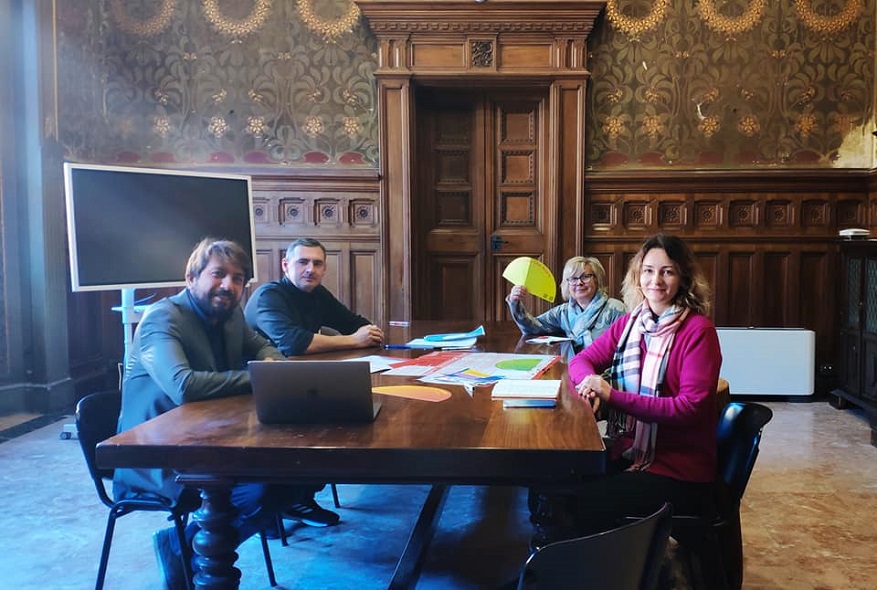 According to the project participants, all new knowledge will be analyzed and posted on the project official website at TPU, a part of the studied methods for working with the population will be included in a toolkit, which will be presented to the Tomsk regional and city administrations. Additionally, they will be presented at student events and at an international conference to be held in spring 2020.

TPU has been working on this issue for several years, including the framework of the Master program “Sustainable Development of Urban Environment”. The grant provided the TPU team additional research resources. As a result, the scientists are going to develop methods for urban community formation, informing the residents about the potential of smart technologies to resolve issues related to the use of urban spaces. The scientists also plan to develop an electronic platform as a tool to involve residents in urban planning.

Stages of the project:
1.The investigation of the practice and discuss methods, forms, and tools for citizens’ participation in the creation of Smart City via cooperation with European researchers & experts. The analysis and systematization of the best practices of participatory urban planning approach in EU cities.
2.The development of the learning toolkit for students, local communities and city administration representatives on participatory urban planning and co-creation of Smart city.
3. The dissemination of the project’s results: the project’s website, social media, articles, and e-book, brochures, workshops, focus groups and conferences.