Students and young scientists of Tomsk Polytechnic University participated in the 2nd Annual Summit of Young Scientists and Engineers Major Challenges for Society, State and Science, which was recently held at the Sirius Educational Center in Sochi. The TPU students both attended workshops, lectures, meet leading scientists and presented various TPU developments. 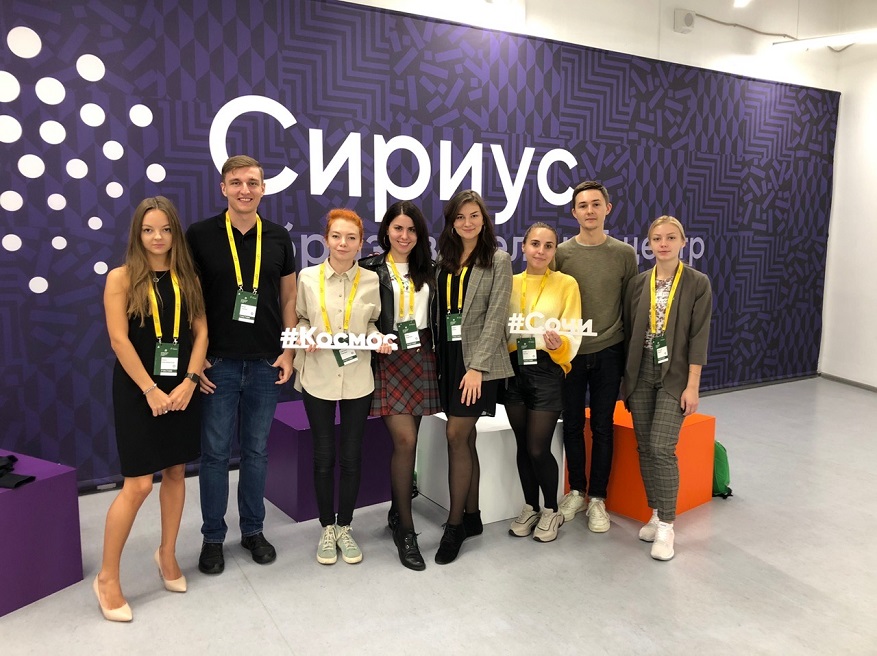 According to organizers, the event brought together almost 600 participants. Half of them are senior students and PhD students from 76 universities and 32 Russian regions. The event covered several topics Computer Science, Genetics and Life Sciences, Interdisciplinary Research, and Cognitive Research. Young scientists could discuss their projects with leading scientists, engineers, managers of major technology companies, and foundations.

The TPU students also participated in the summit. The University representatives introduced the unique educational program Promising Chemical and Biomedical Technology. A group of the TPU young scientists took part in the summit sections. Some of them share their experience of this large-scale event. 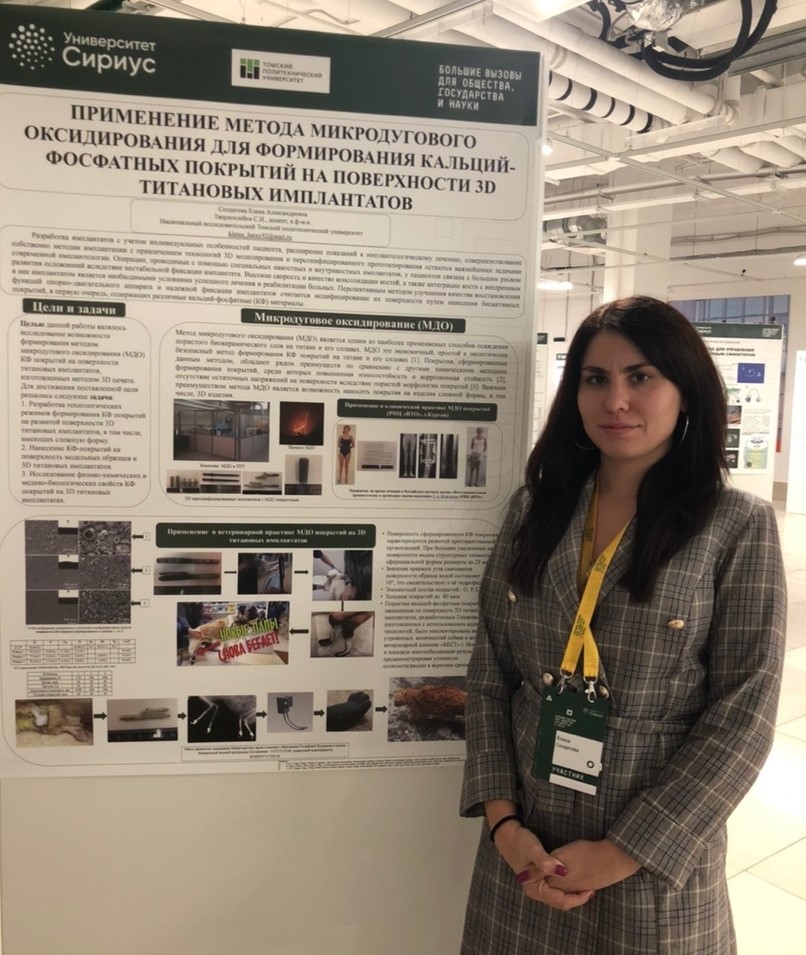 For instance, Elena Soldatova, an engineer of the Laboratory for Plasma Hybrid Systems, was engaged in the presentation of research projects as a part of the poster session. She presented her project Formation of calcium phosphate coatings on the surface of 3D implants using the microarc oxidation method.

“We developed biocompatible coatings on titanium implants and introduced them in vivo. Using additive technologies, S.S. Goshkov developed the porous calcium phosphate coatings for the 3D titanium implants which successfully replaced the lost limbs of a dog and a cat in the Novosibirsk Veterinary Clinic Best. I would like to underline that my report received wide interest of geneticists, psychologists, educators, biologists, ecologists, and many others.

The events of this level provides excellent opportunities for young scientists to present their projects to public from the best universities, discuss them, and find inspiration for new ideas”,

Along with this, Vsevolod Rachis, a Master student, presented a project on the development of the robotic platform for smart road repair. He participated in the Computer Sciences section and visited several interesting events.

“The summit was very saturated. There were many lectures with new topics and knowledge to learn and think about. Furthermore, talks after some lectures were sometimes even more useful, than the report itself. I liked the lectures of Andrei Sebrant (Yandex) on the development of a technological product, Maxim Kozlov (Sberbank) about the development of their VR/AR laboratory, and Sergey Kolyubin (ITMO) about intelligence in robotics,” Vsevolod says.

At the Interdisciplinary Research section, Gleb Dubinenko, a PhD student, presented a report on the advanced development of polymer composite material for the bioresorbable implant 3D printing . These implants accelerate the bone augmentation. One of the similar implants has already been manufactured at TPU. It is a tibia-implant, which has already been successfully introduced in a dog body in the Ilizarov Center.

“Along with the reports, I managed to attend several lectures on genetics, life sciences, and cognitive research, and a number of panel discussions, and to meet famous scientists. The most useful moment, in my opinion, was the opportunity to participate in discussions of modern scientific problems with specialists from many multidisciplinary fields: from engineering and IT technologies to genetics and brain studies. Such discussions motivate to put our own studies into perspective and find colleagues for further joint work,” Gleb says.