Andrey Kolomeytsev, an assistant at the TPU Division for Electronic Engineering, has returned from an internship at the Center for Axion and Precision Physics Research of the Institute for Basic Science, Korea. He joined a scientific group working on the development of high-frequency superconducting amplifiers for experimentearches for axions, a possible component of dark matter.

“The Center for Axion and Precision Physics Research (Korea) is one of the leading research centers in this area. It carries out studies that are significantly important for quantum physics. The successful outcome of this experiment may take the center research team into the shortlist of the Nobel Prize.

There are two other Russian Professors. Sergei Uchaikin, who began his scientific career at TPU and now is the world leading specialist in superconducting amplifiers, and Andrei Matlashov, a graduate of the Moscow Institute of Physics and Technology, who has worked in the USA for a long time. “It is an important experience to work in this research center. My internship became possible due to the support of young scientists within the TPU Competitiveness Enhancement Program,” Andrey Kolomeytsev says.

In Korea, the young scientist analyzed the design features of superconducting amplifiers and magnetic field sensors.

“These sensors are applied to evaluate magnetic fields inside magnetic screens shielding sensitive elements from interference, which is crucial for this project. All measurements are carried out at ultralow temperatures up to 4 degrees Kelvin, being the only conditions suitable for superconducting elements to function properly. 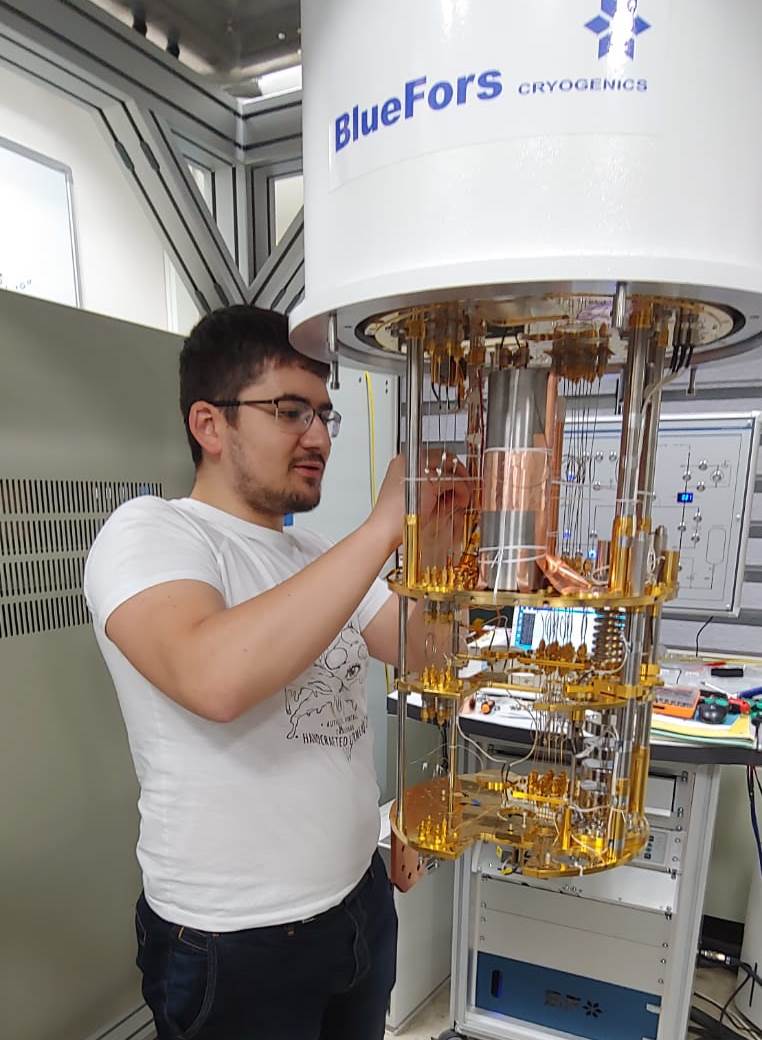 My task was to evaluate the effectiveness of the screens. This assessment gave slightly unexpected results and deeper understanding of processes upon switching to superconductivity,” - the young scientist notes.

Andrey Kolomeytsev conducts his postgraduate studies in the field of magnetic cardiography and develops sensitive magnetic field sensors. His research was supported by a grant of the Russian Foundation for Basic Research.

“We propose to use a new technology to manufacture magnetic sensors, which makes them more compact, ergonomic, and accurate. In the future, they can be used both in fundamental research and for the development of particular devices. One of their interesting applications is a compact magnetic cardiograph for studying the heart magnetic field.

During the internship, I managed to test a prototype of this sensor created at TPU, since the center has a special shielded room. There are practically no external fields and this provides for the accuracy of magnetic measurements. The conducted experiments gave me some food for reflection and further research,” he underlines.

Axion is an elementary particle proposed in 1977 to solve the problem of elementary particle physics, known as the Strong CP Problem. Later, scientists suggested that this particle could be a component of dark matter. Currently, there are many experiments aimed at detecting axions. The Center for Axion and Precision Physics Research is one of the key centers, which conducts these studies.