Alexander Sergeyev, President of the Russian Academy of Sciences (RAS), who visited Tomsk on a working trip, and Governor Sergey Zhvachkin paid an official visit to the Science Park of Tomsk Polytechnic University. The acting rector Viktor Dyomin and his colleagues presented the university promising R&D projects in the laboratories of industrial robotics, plasma equipment, and design of medical devices. Also, the Energy 4.0 project, a joint development and production of biopolymers for cancer diagnosis and treatment with SIBUR, and achievements of the TPU International Research Laboratory for Arctic Seas Carbon were presented. 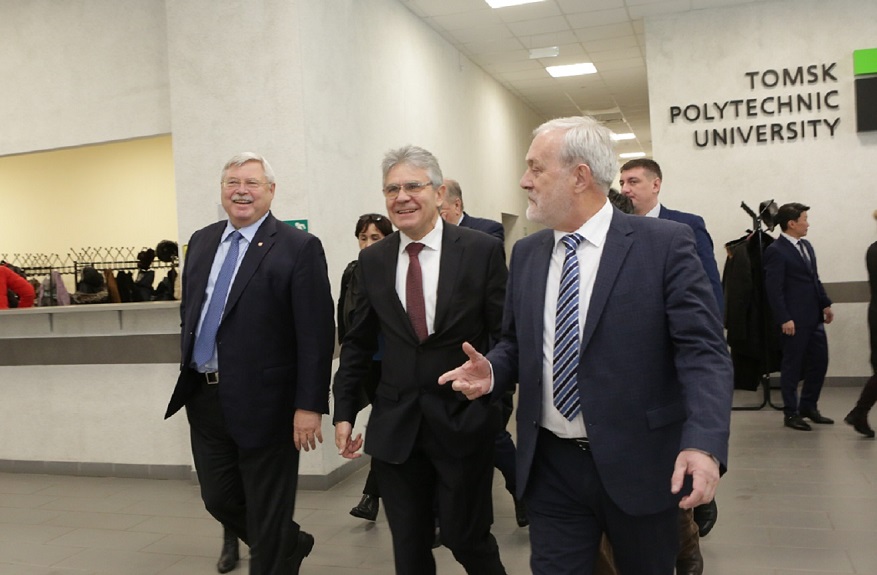 The President became especially interested in developments related to nuclear medicine and radiopharmaceuticals.

According to Oleg Dolmatov, Director of the School of Nuclear Science & Engineering, there are several unique research installations including research reactor and cyclotron. 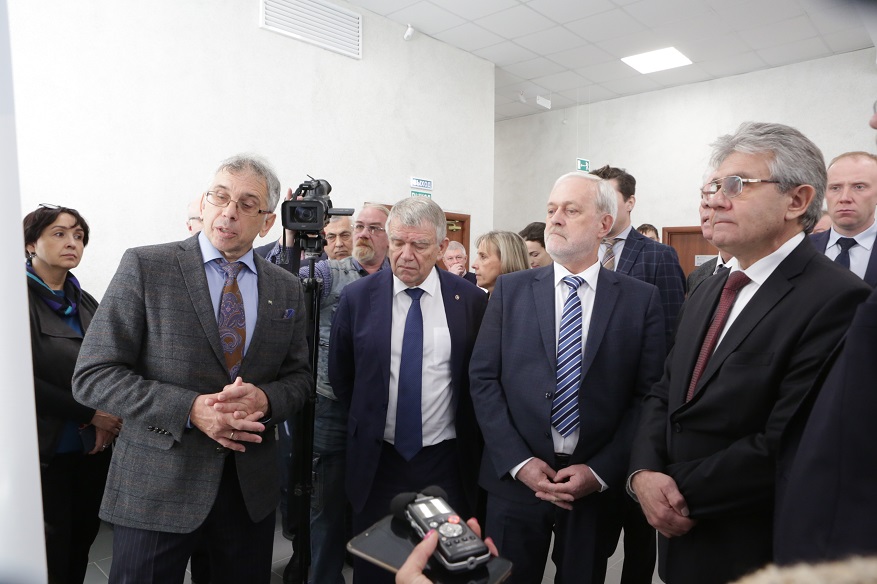 “We obtain radioactive substances and jointly with the Tomsk National Research Medical Center develop radiopharmaceuticals that are currently used in various institutes of the center. In the near future, we plan to develop therapeutic medicines based on lutetium and neutron-capture therapy methods jointly with the Budker Institute of Nuclear Physics SB RAS. We believe that our ideas will be implemented. We have the necessary background and potential”.

Alexander Sergeyev underlines that it is necessary to actively use available resources such as the university cyclotron and proposed to develop a comprehensive scientific and technical program for nuclear medicine.

Along with this, the guests were interested in the TPU International Research Laboratory for Arctic Seas Carbon headed by Igor Semiletov, corresponding member of RAS and the supervisor of the Laboratory of Arctic Research, POI FEB RAS.

According to Prof. Semiletov, they succeeded to establish a world-class laboratory for five years.

“This is a successful example of cooperation between RAS and the university. Currently, TPU is a research and technological platform for the international cooperation of 12 European and US universities. We were the first to raise an issue of instability of underwater permafrost. The outcomes and results of the expeditions to the seas of the Eastern Arctic, we published a number of papers in top international scientific journals. We proved that the permafrost is degrading and the rate of degradation is much higher than expected, and this factor should be included in the climate system assessment,” Igor Semiletov says.

“Nowadays, large fundamental projects on climate research will be launched. One of the most important goals for the planet is to understand what is happening and what to do,” the President emphasizes. Additionally, he underlines that TPU should participate in these activities. 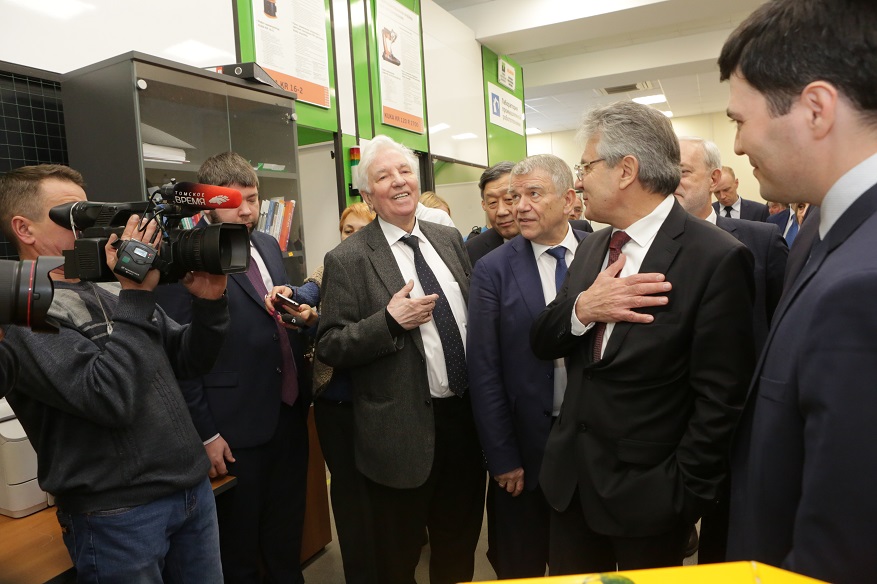 Along with this, Alexander Sergeyev was presented a number of TPU developments, such as a plasma hydrogen generator for Gazprom, the production of tolerant fuel for nuclear reactors for Rosatom, and the Platform remotely operated vehicle. He was told about multifaceted and diverse cooperation with SIBUR such as production of biopolymers and training programs for the company. It was noted that the joint project of TPU and the Tomsk National Research Medical Center (RAS) won a megagrant. The project is headed by Prof. Vladimir Tolmachev (Uppsala University, Sweden). The project is dedicated to personal treatment and diagnosis of cancer. This study will bring together chemists, physicists and specialists in nuclear medicine. 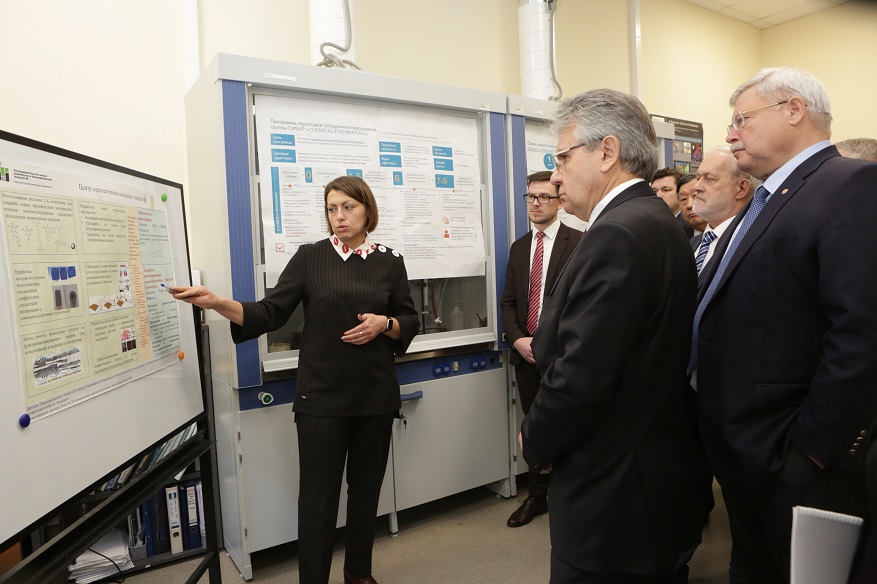 The guests were presented the Energy 4.0 Research Center. It cooperates with a number of research institutions of SB RAS and its industrial partners such as PJSC Inter RAO, LLC Rusatom Greenway, SDS-Ugol Holding Co, and other companies.

“Tomsk is recognized for its tight collaboration with industries,” Alexander Sergeyev says. 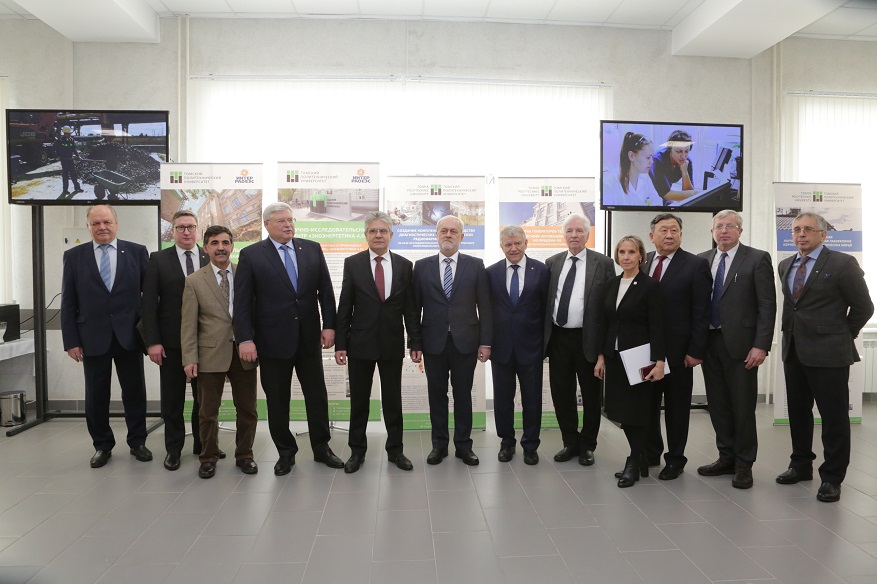 “I strongly believe that there can not be single-handed developments, all breakthrough technologies are being created in collaboration with other universities, research institutes and technological partners. The most important thing is to be in touch with industrial partners since the universities fail to respond as quickly to economic demands as the high-tech companies as it is a matter of survival and development for the latter ones. TPU keeps up to speed in this regard,” Acting Rector Viktor Dyomin says.