The international research school the Smart City Transport — Innovating Sustainable Solutions Using Big Data closed at TPU. Throughout several days interdisciplinary teams of students from Tomsk, Irkutsk, Finland and several other countries worked on a case how to improve the transport situation in the smart city using big data and circular economy technology. 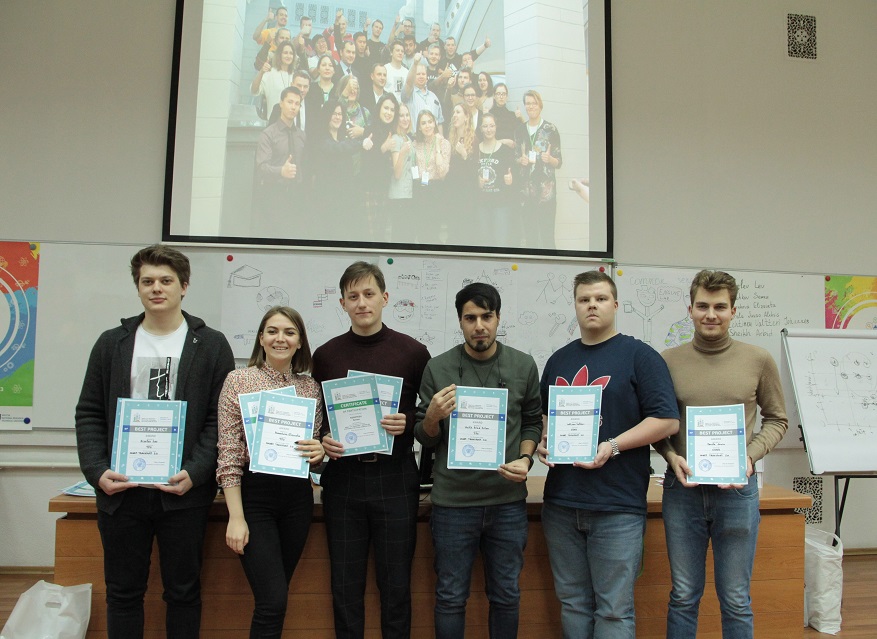 “We managed to achieve a certain continuity since this is the second school dedicated to this issue. The level of projects submitted by the participants has definitely improved. It became possible due to both data collected during the first school, a more experienced moderator team, more clearly formulated tasks, and troubleshooting in general. The core point of the school is to encourage students of different nationalities and academic domains to communicate with each other,” Svetlana Rybushkina, coordinator of the scientific school and head of the TPU International Programs Office.

All teams included students of VAMK University of Applied Sciences (Vaasa city, Finland), Irkutsk National Research Technical University, and engineering students from India, Ecuador, China, and Thailand. All of them both worked on the task and learned to interact effectively with each other discovering more about various aspects of Big Data, the concept of the circular economy. Then, the proposed solutions were considered by an interdisciplinary expert jury. 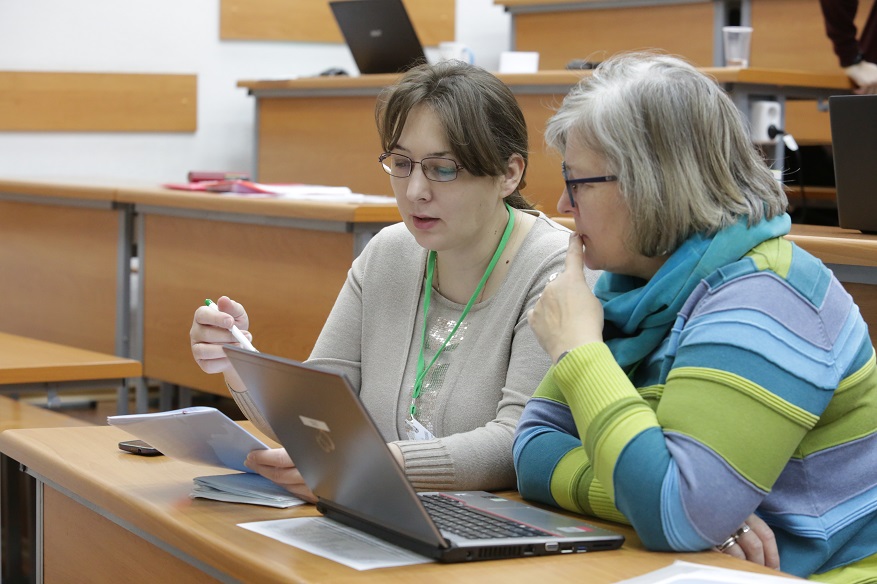 “The jury took into account both teamwork, the quality of technological solution, its sustainability and feasibility in the society, implementation risks, and its focus on the real social problems. The winners may not have proposed the most realistic option, but they both offered a practical solution and demonstrated the ability to think far ahead to establish those growth points that we should strive for,” Svetlana Rybushkina says.

The Engine Lab team won in the case competition. According to the jury, the participants demonstrated excellent teamwork, openness, the ability to admit their own mistakes, and many other useful skills. The Engine Lab team analyzed the problems of the Tomsk bus network using Route 2 as an example. Using different GPS applications, they studied the bus route collecting data on coordinates and speed. 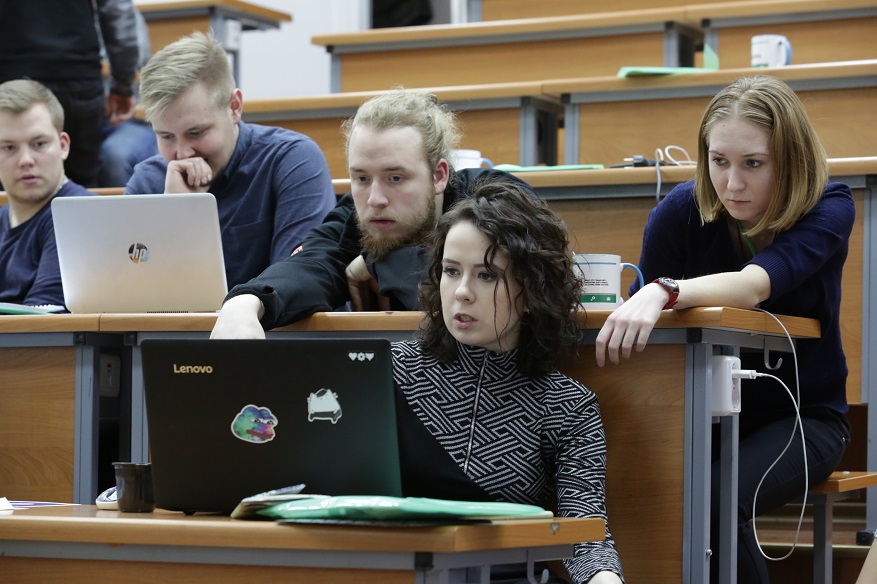 “Then we visualized the model, compared it with the existing route, and identified several problems. At the same time, we proposed several solutions to these problems: some do not require special costs, while others are more complex. However, we attempted not to offer any options requiring, for instance, demolition of buildings or road expansion.

The more realistic solution is to optimize the fare payment process. Currently, drivers are often distracted by collecting fares, which causes dangerous situations. For instance, while collecting data, we observed several accidents. There can be several solutions provided such as conductors, an automatic device, and free ride.

Among the more ambitious proposals, there were elevated buses, which do not obstruct car traffic, monorail, and other crazy ideas. In addition, we considered options to unload roads during rush hours. For instance, to ask companies about the change of business hours. Currently, a large number of people finishes their working day at the same time, it causes traffic jams,” — a team member says. 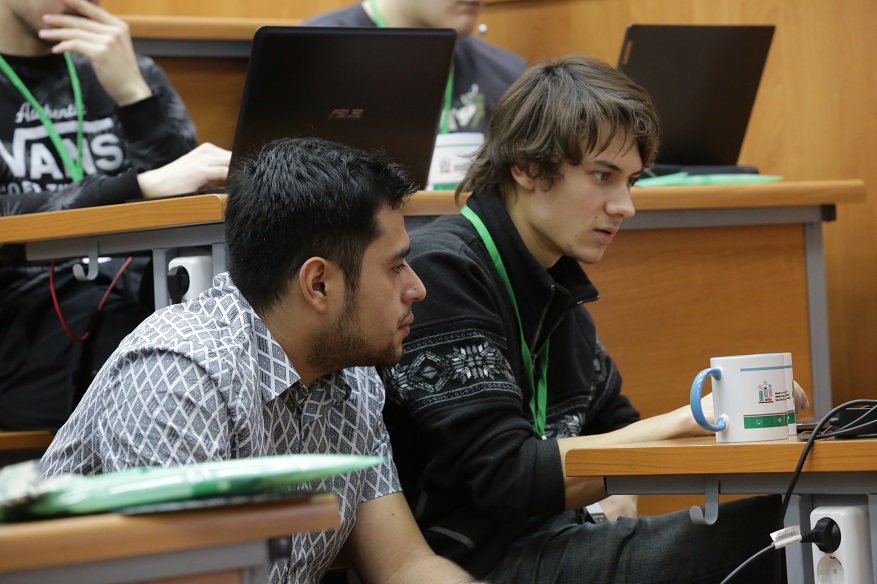 This year, the international research school included an educational and sightseeing program. The participants attended a series of lectures on the circular economy and innovation, project management, national business cultures, and so on. Additionally, they became acquainted with the work of a modern engineering enterprise, manufacturing products for petroleum, petrochemical, and metallurgical industries.  The students visited production departments in the Research and Production Tomsk Electronic Company where the representatives of the company demonstrated them high-tech equipment and answered all their questions. 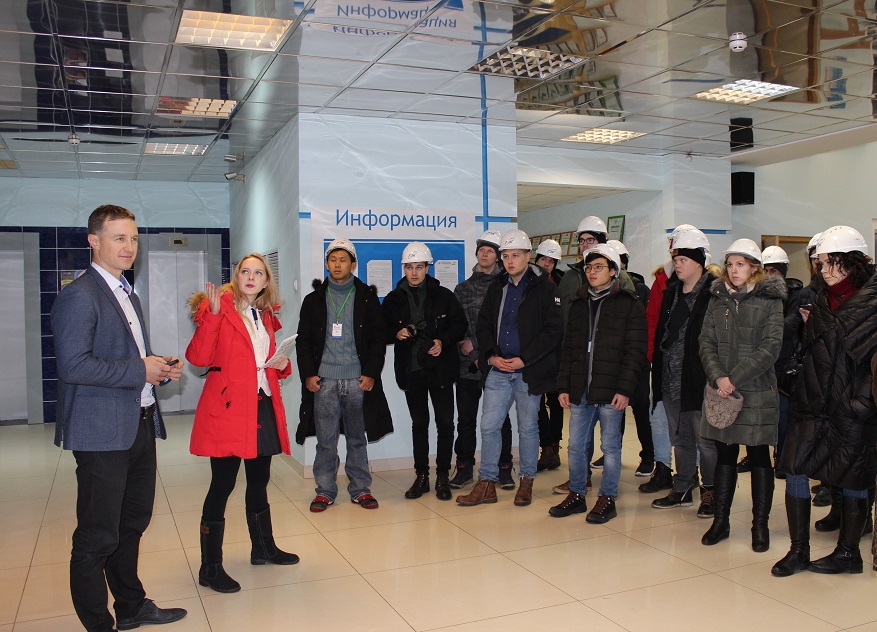 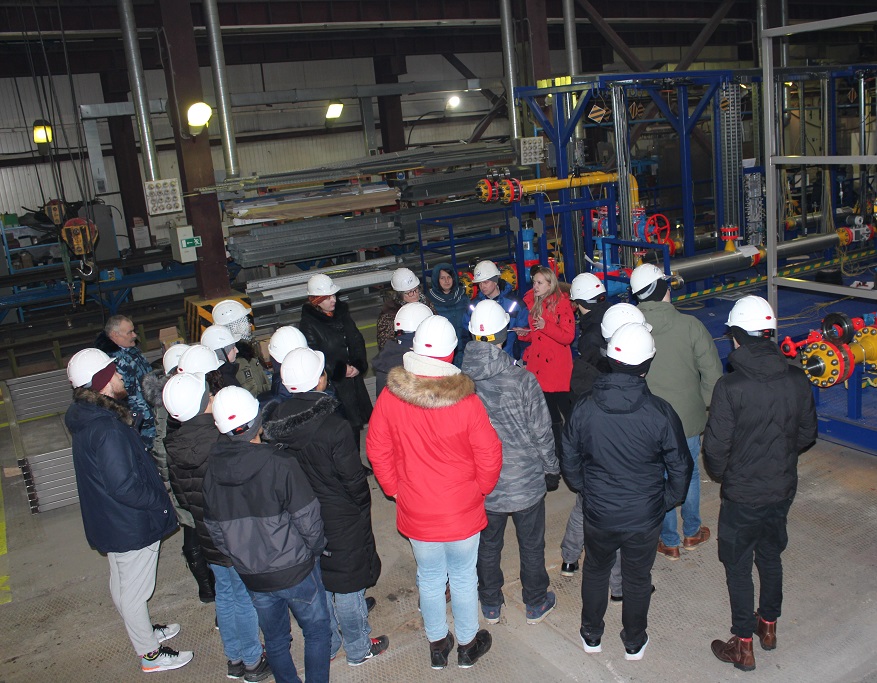